The Professional Bull Riders will be in Anaheim THIS weekend!  Don't miss the chance to see these spectacular athletes in action in the Built Ford Tough Series on January 29-31 at the Honda Center.

The greatest bull riders in the world will once again go head-to-head with their 2,000-pound plus opponents through three days of non-stop action filled with captivating 8-second rides and jaw-dropping wrecks. This is the only chance in 2016 that SoCal will be able to witness these courageous cowboys take on the best bulls in the business.

PBR Pre-Party
Don't miss a special PBR pre-party outside of Honda Center's south entrance on Friday (6 to 8 p.m.) and Saturday (5 to 7 p.m.) nights. The fun and interactive area will feature a mechanical bull, live DJ, the all new "Dirty Jack" PBR-themed cocktail, and a once-in-a-lifetime opportunity to meet a 1,500-pound PBR bucking bull up close and personal! 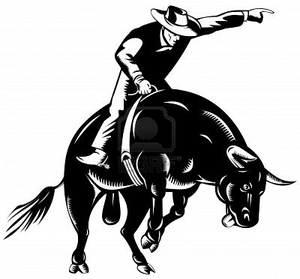 TICKETS
California fans will also have a chance to purchase PBR Elite Seats for $404. This VIP PBR experience includes a pre-event reception, backstage tours featuring a PBR 101 presentation, meet and greets with the PBR’s exclusive entertainer Flint Rasmussen and PBR bull riders, with seats located in a special VIP section right next to the chutes.

The BFTS’ Top 35 bull riders will ride one bull each in Rounds 1, 2 and 3, Friday through Sunday. After Round 3 on Sunday, the riders’ individual scores will be totaled and the Top 15 riders will advance to the Built Ford Tough Championship Round for one more ride and a chance at the $30,000 event title.

The Anaheim Invitational is the fourth stop on the 2016 BFTS schedule. The season will conclude at the PBR Built Ford Tough World Finals in Las Vegas on Nov. 2-6 when the 2016 PBR World Champion, the bull rider who earns the most points during the 2016 season, will be crowned and receive the coveted World Championship belt buckle and a $1 million bonus.