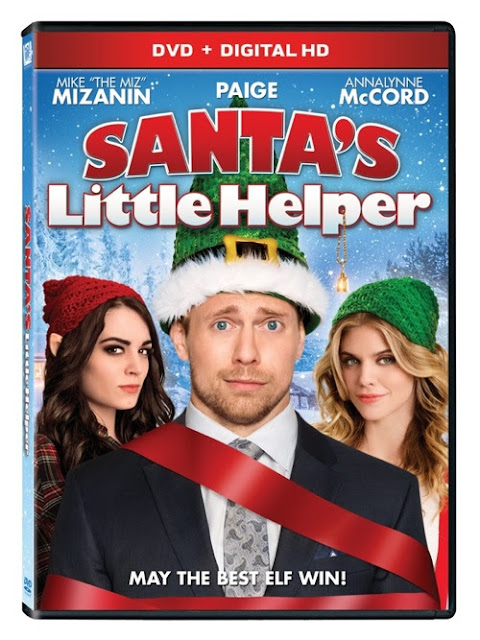 Disclosure: As a FHE Insider, I received a copy of the movie, and one to give away to one lucky reader.

Looking for a fun new Christmas movie for this holiday season?  Look no further!  Santa's Little Helper featuring "The Miz", is sure to be a hit!  This new holiday favorite comes out onto DVD/Digital HD on Tuesday, November 17th!  You can win your own copy here.

After getting fired from his job, a slick, fast-talking businessman (The Miz) is thrown into an elf competition to become Santa¹s next second-in-command. Put through a series of rigorous training exercises to prepare for the contest, The Miz and another aspiring elf go head-to-head in the hopes of becoming Santa¹s Little Helper.

See what The Miz has to say about the movie.


Ho Ho Ho – In SANTA’S LITTLE HELPER, the “Ho Ho Ho” position is Santa’s right hand man. But what exactly does this job entail? Cast and crew talk about the “Ho Ho Ho’s” duties and what really goes on behind-the-scenes of Santa’s workshop when the deadline for the big day is looming.
Introducing Paige – WWE Diva Paige has had quite a year. She debuted on Monday Night Raw just over a year ago and in that time has been WWE Divas Champion twice, become a star on the E! hit series Total Divas, and will now be acting in her first ever movie! Through interviews with the cast, the director and of course Paige herself, fans get an in-depth look at how she prepared for, and successfully executed, her role as Eleanor.

Holiday Cast & Crew – A behind-the-scenes look at the cast and crew, talking about what the holidays mean to them and the greatest gifts they ever received.


WIN A COPY OF SANTA'S LITTLE HELPER BELOW