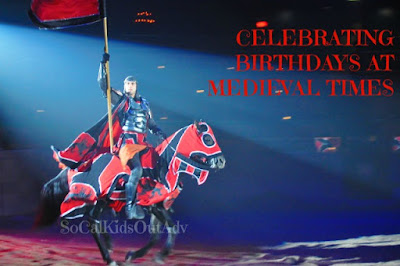 May has been an extremely busy month. With both of my kids birthdays and our Anniversary, we are always at a loss of how to celebrate. What do we all love and can be enjoyed for people of all ages? Medieval Times.
My kids and I are thoroughly horsey people.  I had horses through college and my kids are always asking to go riding.  My husband, not so much.  He says that dirt-bikes cost less.  He might be right but bikes don't greet you with slobbery kisses and a neigh.  Even he couldn't resist the show after being invited to celebrate with them. 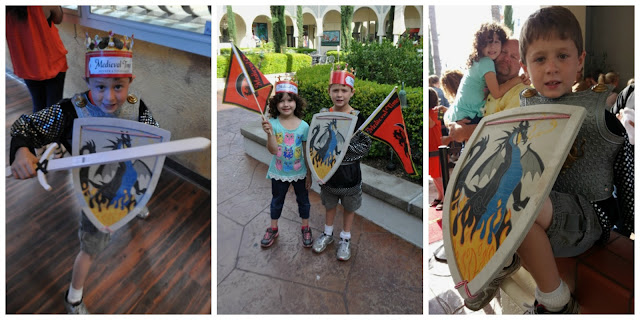 We kept Medieval Times a surprise on my daughter's birthday, only telling my son who wanted to dress like one of the knights.  What he didn't know was that he was going to get a birthday surprise too. 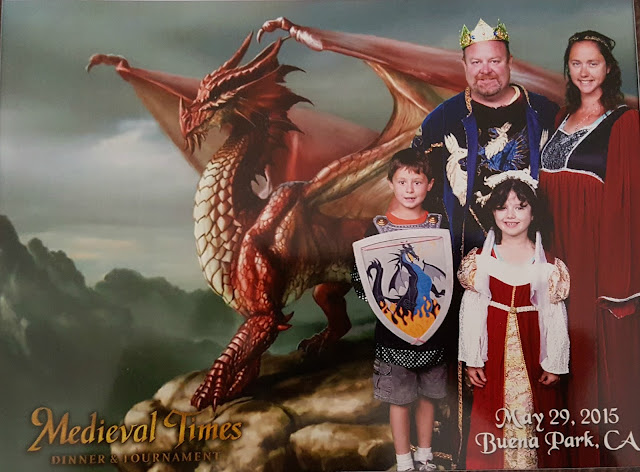 As part of the Royal Package, we received a free photo as we walked inside.  Since we love dressing up, we upgraded to costumes for a few dollars more.  I think this is going to be our Christmas card! 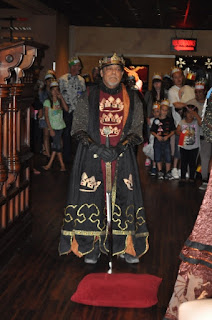 I recommend getting there early, especially if you want to "Knight" or "Lady" your surprised guest.  We chose to pass on this but the kids were enthralled by the King performing the ceremony on the lucky participants.
I recommend getting a drink as you walk around the lobby waiting for the doors to open.  I really liked the frozen drinks.  We purchased colorful souvenir goblets to remember the day which gave us discounted drinks.
The Hall of Stallions is a must see!  These majestic boys are gorgeous!  Also, don't forget the Peregrine Falcons that are used in the show as well. 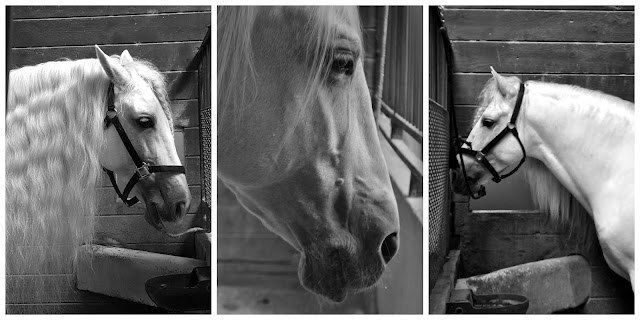 If you have a little one, that is eyeing the souvenir stands, there is plenty to choose from.  My daughter loved this stick unicorn!  She also talked Grandma into buying her a maiden's ribbon head band. 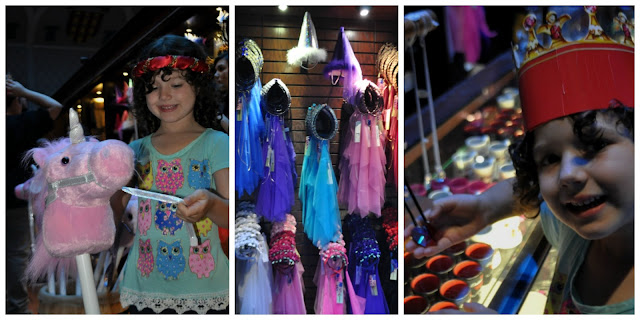 The show was about to start and we were shown to our seats.  I loved how close we were to all the action!  As the King announced all the celebrations, both of my kids were glowing as they heard their names be called as a "knight" and "princess".  They loved the programs that were included in the Royal Package with the banners to cheer our knight on.
Our food arrived and the show began.  We were rooting for the Red Knight and cheered
we did.  In fact, we cheered so loud that my daughter was chosen to receive one of his special flowers!  Could her smile get any bigger? 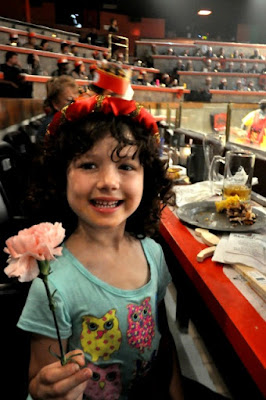 We enjoyed the amazing horsemen/women and the dressage was spectacular! My favorite was the horse jumping straight up in the air and kicking out! The show held a good story line and it was filled with action. The jousting and relay races were my son's favorites. 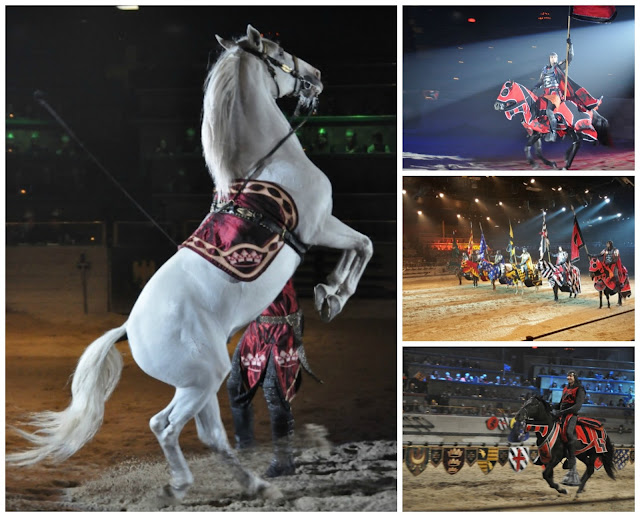 After we ate, we were treated to birthday cake and the show finished. I had a happy family that could talk of nothing else for days. They were already planning next years birthdays at Medieval Times. 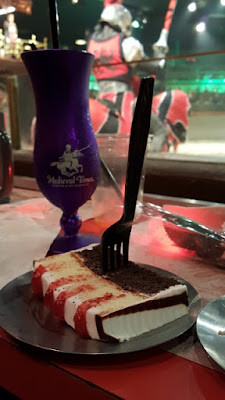 FREE!  Did you know that Dad gets in FREE on Fathers Day(when purchasing an adult admission).   Want to surprise him?  Upgrade to the Father's Day package for only $25.

If you want to make reservations or find out more about their menu(they have different dietary menus), please check out their website at http://www.medievaltimes.com/.
MEDIEVAL TIMES- Buena Park
7662 Beach Blvd
Buena Park, California 90620
1-866-543-9637 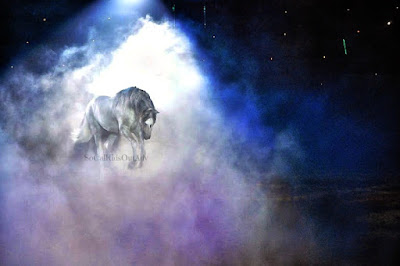 DISCLAIMER:  I received a media discount in return for this honest and fair review.  All thoughts and ideas are my own.  Do not use any photos without permission.
Posted by Knotts Scary Farm 2019 at 1:11 AM