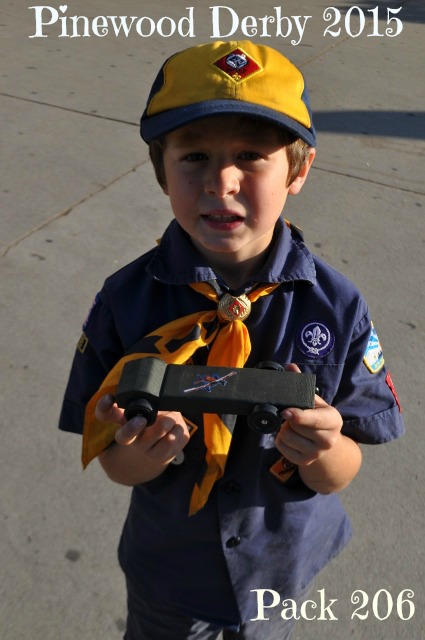 If you are a scouting family, your days have been filled with selling cookies and building cars for the Pinewood Derby.  This was my son's second Pinewood Derby and we  felt ready.

What is the Pinewood Derby?  This Scout honored tradition goes back generations.  My brother and father both built and raced these speedy little blocks of wood.  Derby car kits were bought a couple months ago but ideas have streamed through our heads for months.

In each kit, the scout(parents and siblings also) is given a block of wood, 4 wheels and 4 nails for axles.  It is the scouts job to shape these items into the fastest race car it can by designing, cutting and painting it to win. 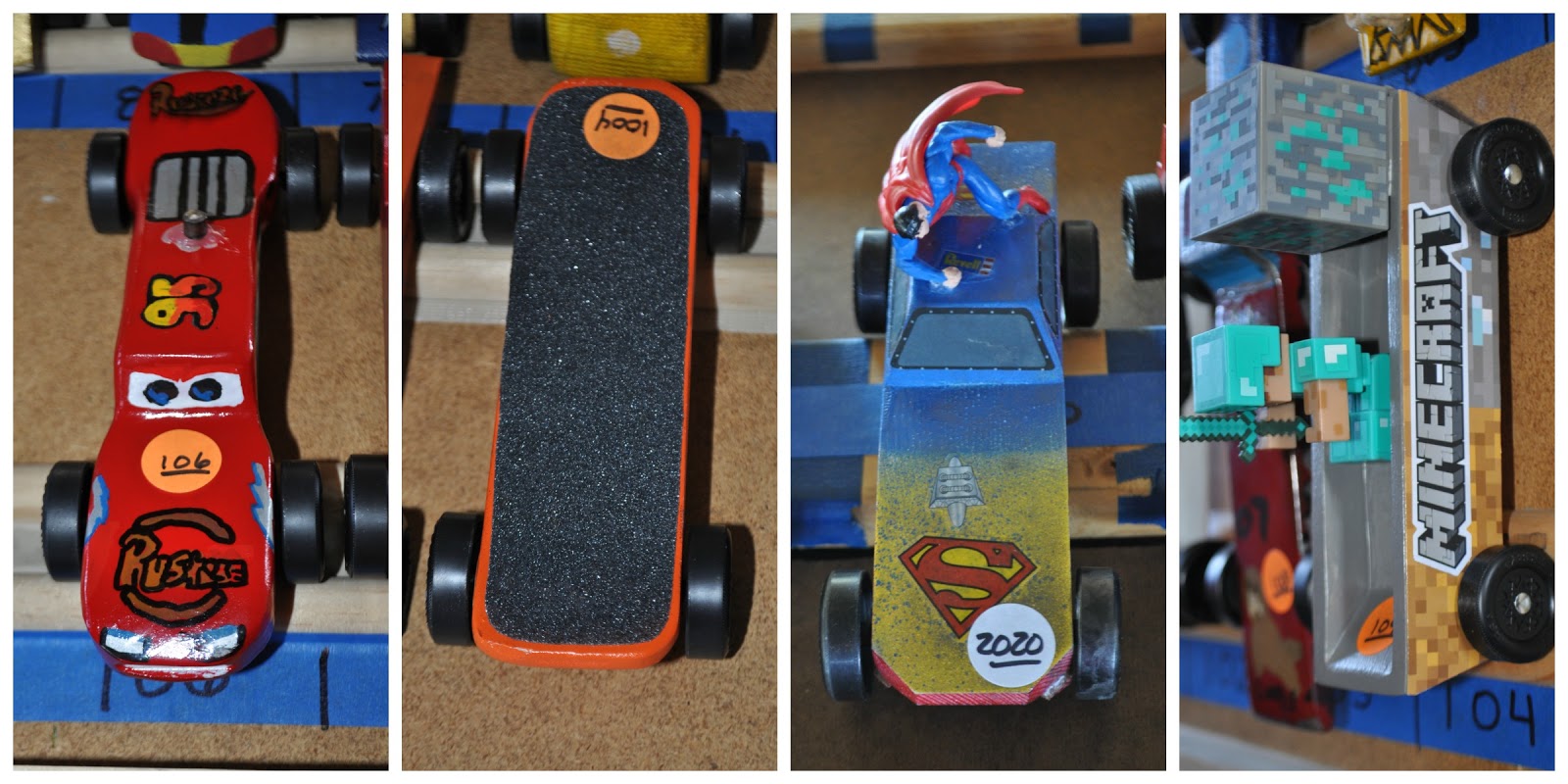 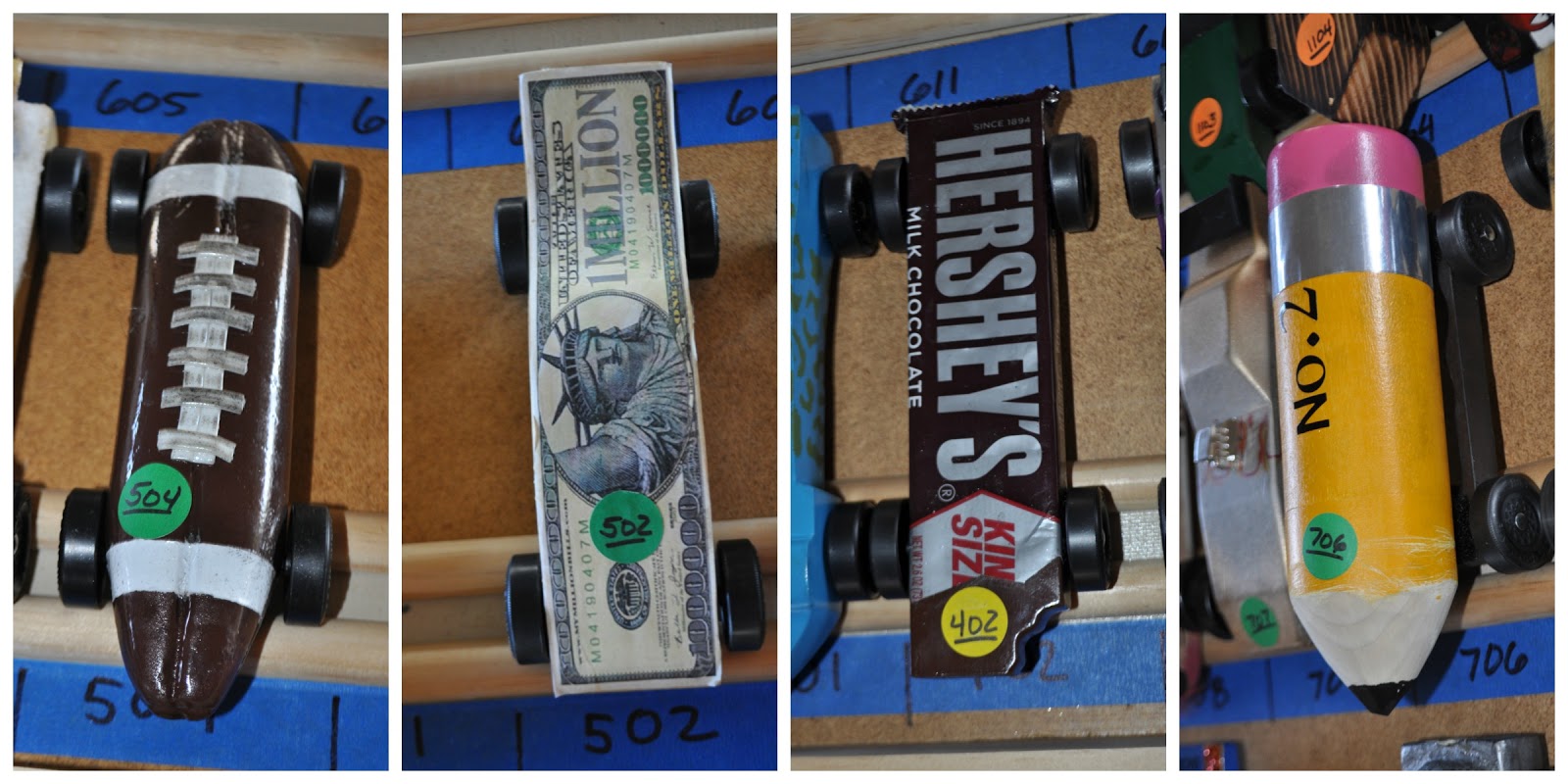 Rules for the Scout and Sibling race:

There is the Outlaw race which encompasses anyone and has NO rules about the wheels and almost anything goes with a 5oz max weight.
My son's design was an army/Planes theme with a slick body.  Since the wood and wheels by itself does not weigh 5oz, extra weight was added.  My daughter and I submitted our cars, hers a Frozen Theme(Sibling race) and mine a "Race for the Cure"(Outlaw race).
. 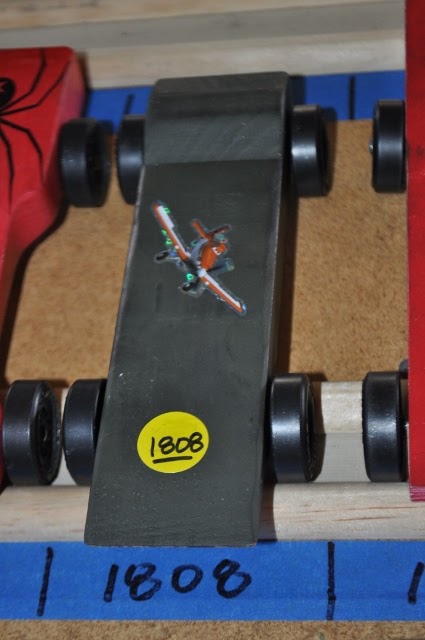 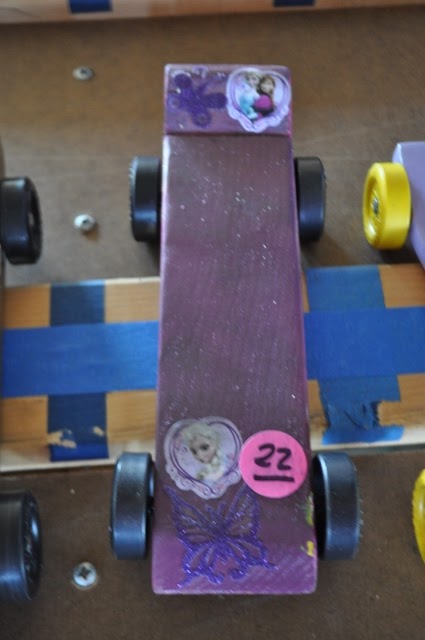 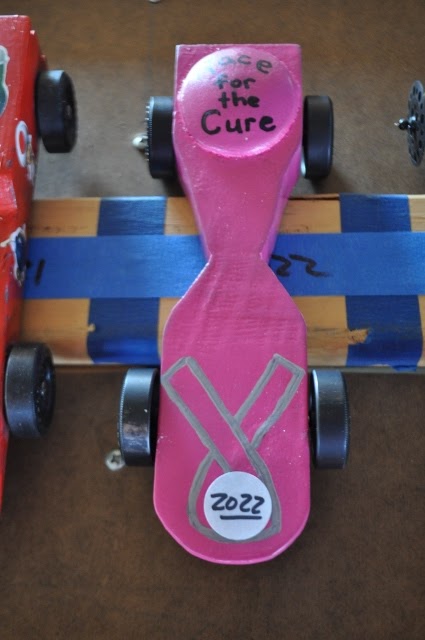 The day of the race had us all excited!  Our Pack 206 had over 80 entrants.
First off, the kids registered their cars at Station 1.
Station 2 was what was called Triage.   This was where any damage could be repaired or weight added or subtracted to get them to 5oz.
When the car was as good as it could be, Station 3 checked the legitimacy of the cars and if they fit the rules and the cars were put in the race area.
The races were about to start.  Each car ran down each lane so it would race a minimum of 4 races because each lane had different advantages. 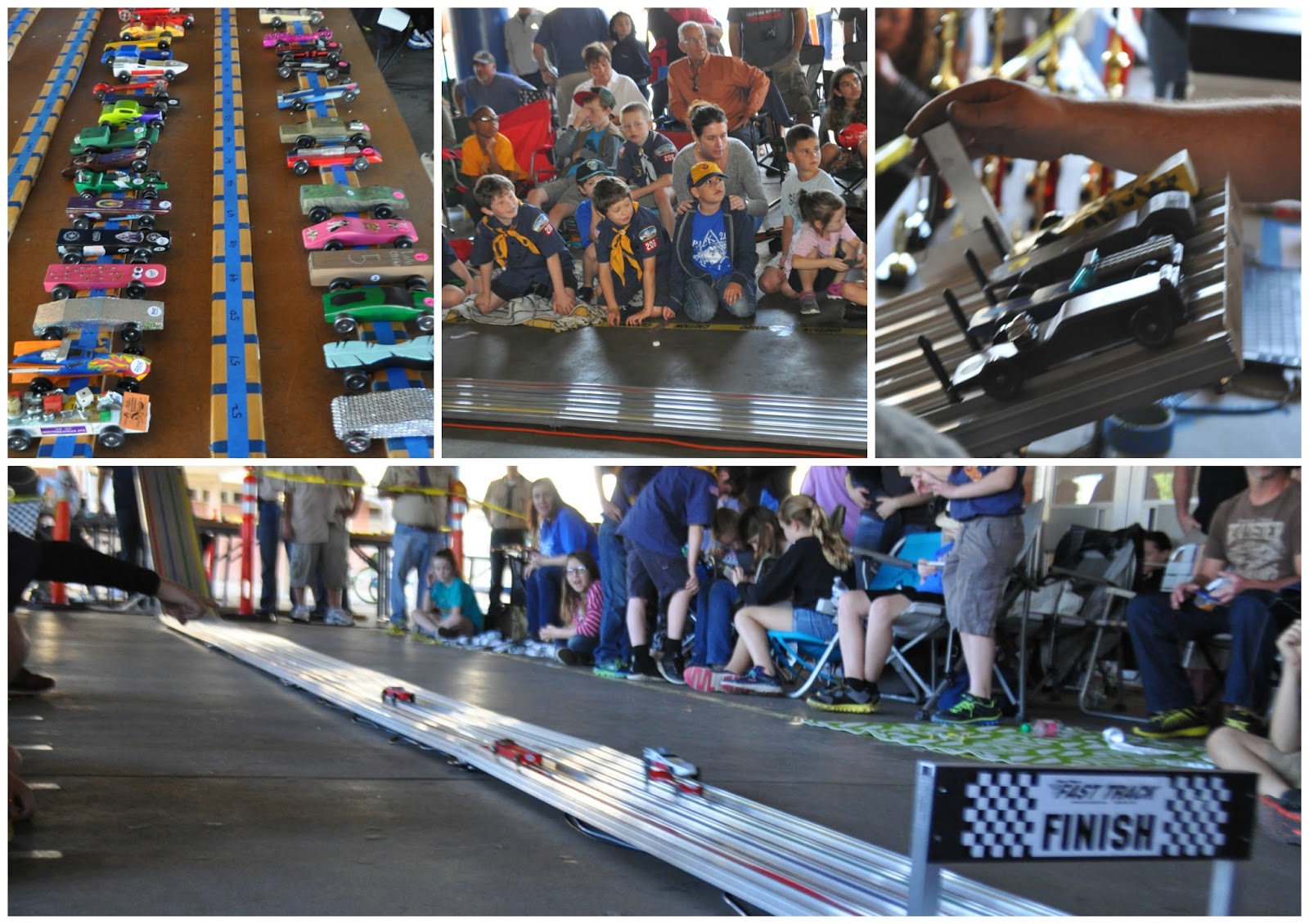 The track itself was neat to watch as the scouts gathered around its edges.  The cars raced down the track through the computerized finish line and into pillows to avoid damage.  The top 16 times would race again.
Awards were given not only for the fastest cars but also for the best designs.  There were categories such as:
The kids had an exciting day with their friends doing what Cub Scouts do best.  Having FUN!  If you get a chance to become a Cubscout, this is just one of the fun activities you have to look forward to.