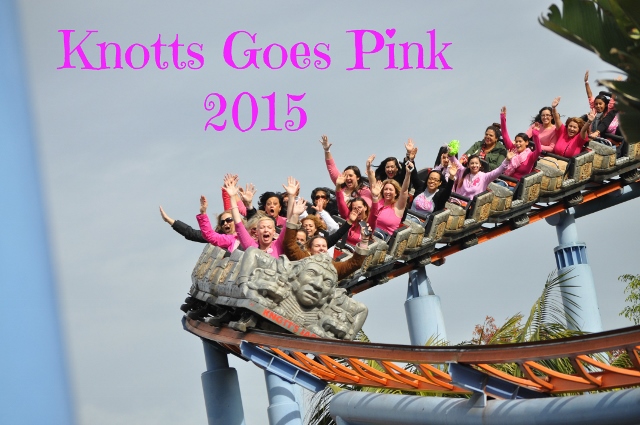 Last weekend, I was blessed to spend the morning with some incredibly strong women at Knott's Berry Farm.  All of these women were Pink Warriors, survivors of breast cancer.  Many of them will fight every day for their lives and their strength and solidarity amazes me! 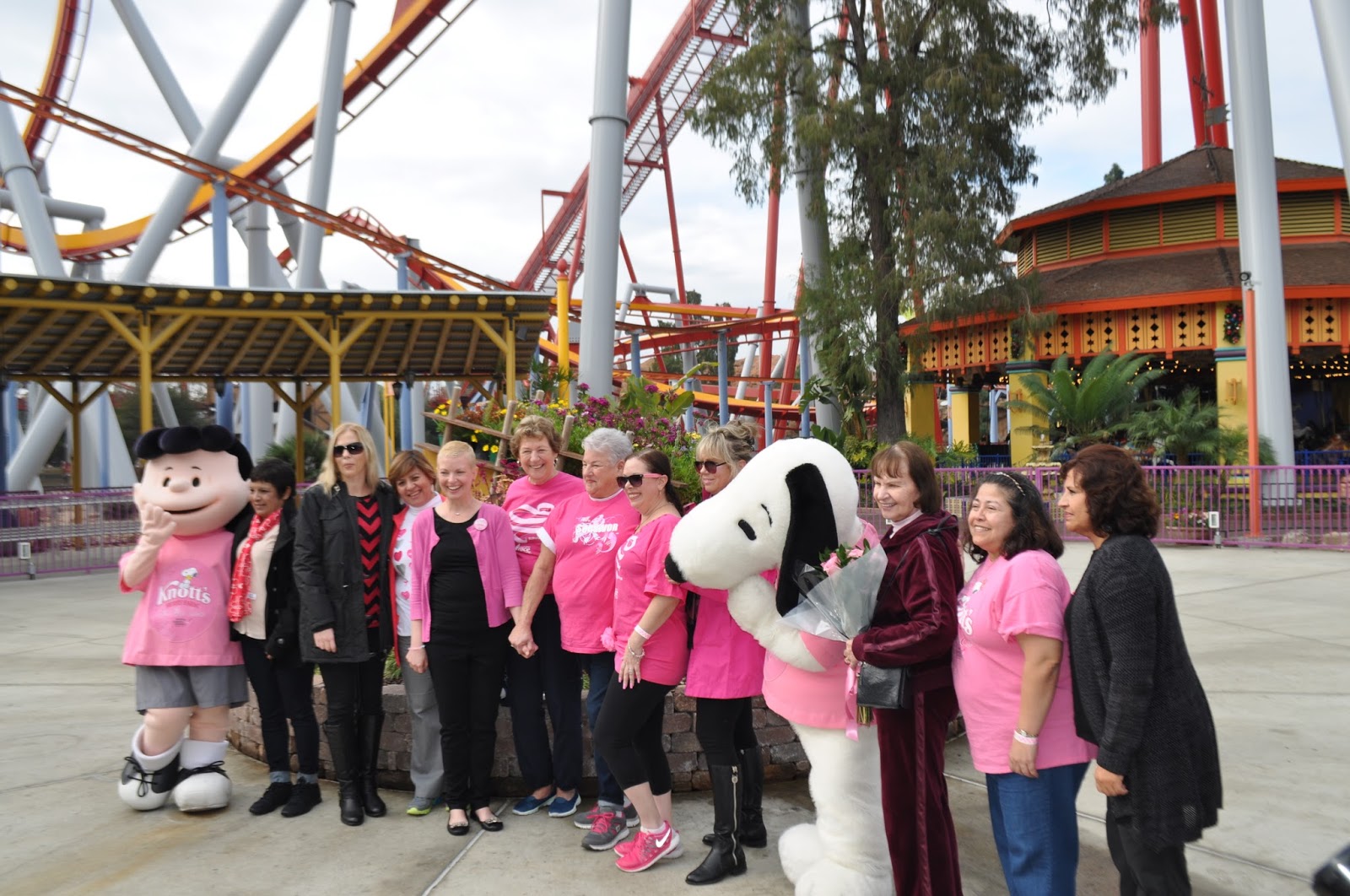 What you may not know is that Knott's Berry Farm is a HUGE supporter of early breast cancer detection!  Together with such organizations such as the Susan G. Komen foundation, they have helped over five-hundred thousand women get screened and over $2.5 BILLION raised for screening, education and research! 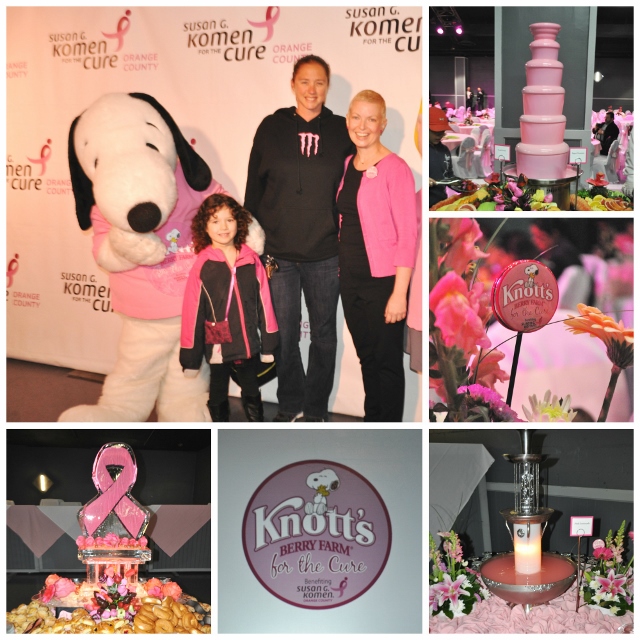 Did you know that 1 in 8 women will get breast cancer?  It is a sure bet that if you, yourself, do not have it, you know someone that has it.  There is no one that is not effected by breast cancer, mothers, sisters, daughters, even men!  Yes, even men get breast cancer.
Starting January 5th, buy a "Pink Ticket" and specially designed "pink" merchandise at Knotts and a proceed will go directly to helping women with early detection through Komen Orange County.(January 10 through March 27)


During the evenings, the Calico Mine will be “Pink” in to help raise awareness of the ongoing campaign.

One beautiful woman in particular stands out even in the Susan G. Komen crowd.   Jaime Jenkins of Polka Dots on Parade, is a personal friend and fellow blogger.  Additional to a friend, she is one of a kind! 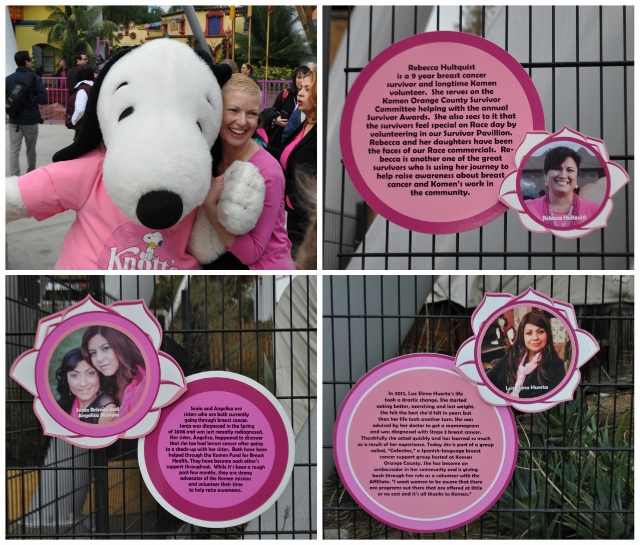 I would describe Jaime as having the Golden Touch.  Everywhere Jaime goes, she leaves smiles and happiness.  To know her is to love her!  Did I mention she has the most beautiful smile ever?!  She inspired thousands if not more to get a mammogram!  I myself made my appointment after finding out how important it was!

You know you SHOULD get one, but it is one of those things that you put off because it could never happen to you.  Well, I have changed my mind, if it can happen to one of the most beautiful people I know, it can happen to anyone!  I challenge all of my readers to make that important phone call!  You never know, it could save your life!

I brought my daughter because I don't think it is ever too early to learn about something that will affect her in the future.  Hopefully with more awareness and research, we can find a cure and no one she knows will suffer at the hands of this horrible disease! 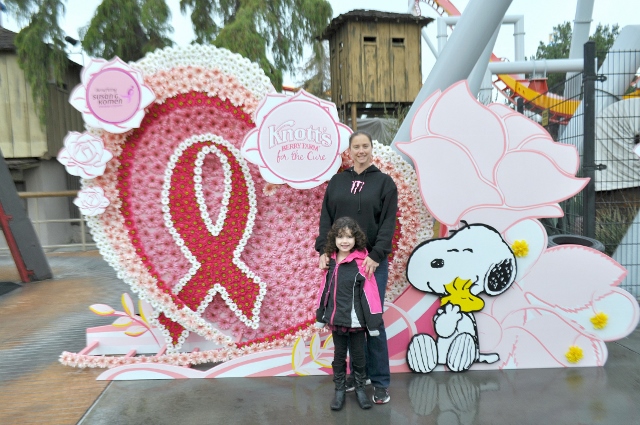 Cedar Fair Entertainment Company, the parent organization of Knott’s Berry Farm, has raised nearly $1 million for Susan G. Komen in the last five years. This is the second year the partnership will directly impact awareness and services on a local level within Orange County.

Thank you Knott's and Gigasavvy for inviting me to spend a day of honoring and supporting great women and a such a great cause!