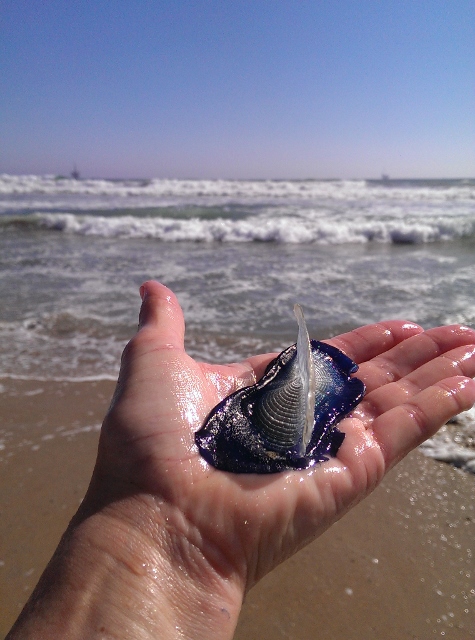 As summer is coming to a close, we are trying to get in as many beach days as we can before the start of school next week.  A normal beach day had an odd turn as we discovered many beautiful small creatures littering the beach.

This blue beauty is called a Velella velella.  Related to the jelly fish and Man o War, it is often seen in warm and temperate waters in all the worlds oceans.  The last time they were seen washed up on Southern California beaches were about 8 years ago. 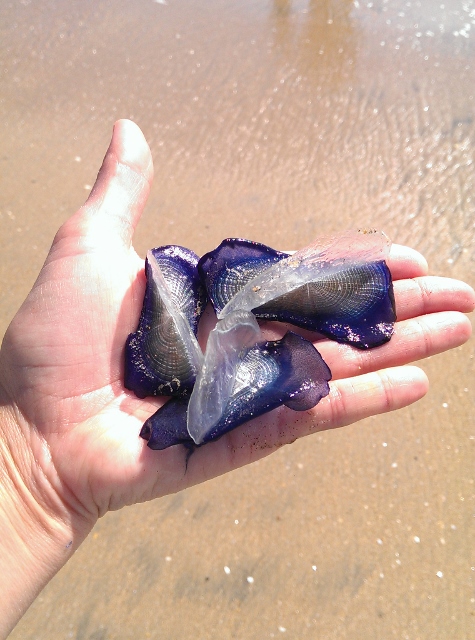 The V. Velella, goes where the wind and tides carry them.  It was a great opportunity to teach my kids about this rare (to our beaches)creature.

It floats along the surface of the ocean while feeding on plankton with long tentacles that hang underneath.  They are often seen by sailors across the Pacific Ocean  but uncommon on our local beaches. 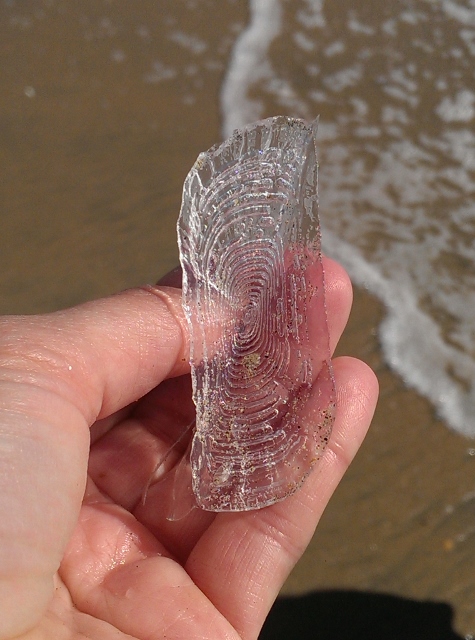 What helps them sail across the ocean is a rigid "sail" upon its brilliantly colored back.  They have been known to strand themselves by the thousands and sometimes centimeters deep along the West Coast of North America from Brittish Columbia to California.  They have also been reported on the west coast of Ireland.

If you go to the beach in the next few weeks, be sure to keep an eye out for them!  The kids were excited to see something new, especially something so beautiful. 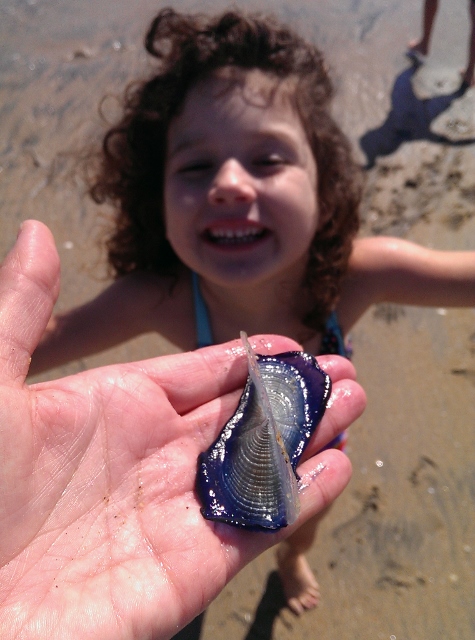 CAUTION:  While V. velella is not poisonous, everyone reacts to them differently and some may have a skin reaction, especially to the face. 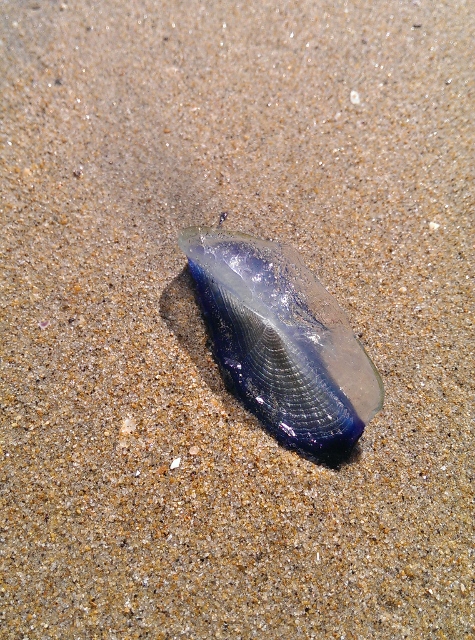