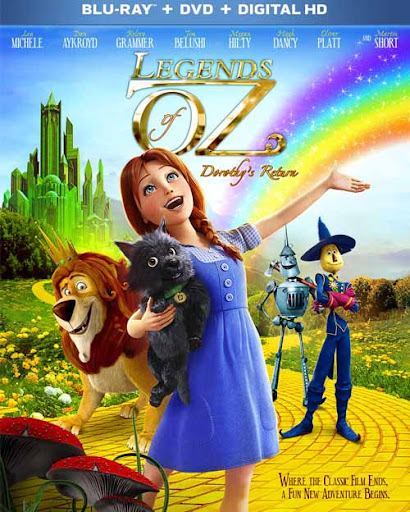 With the Legends of OZ:  Dorothy's Return coming out on Blu-Ray, August 26, there are fun printables to get ready!
Our children love these FREE printables for the movies that they already have come to love.  Print out as many copies as you like and share them with friends.

With a twist on the traditional story, Legends of OZ is ruled by devious new villain, the Jester. He and Dorothy must return from Kansas to rescue her old friends: the Lion, the Scarecrow and the Tin Man. Set to irresistible new songs from Academy Award®-nominated singer/songwriter Bryan Adams and featuring a host of delightful new characters, this animated return to Oz is sure to be a family-favorite filled with fun and laughs for generations to come.

WIN A FREE COPY OF LEGENDS OF OZ
ENTER BELOW!
a Rafflecopter giveaway

DISCLAIMER:  I received a copy of the movie for helping promote this movie.  All thoughts and ideas are my own.
Posted by Knotts Scary Farm 2019 at 12:57 AM