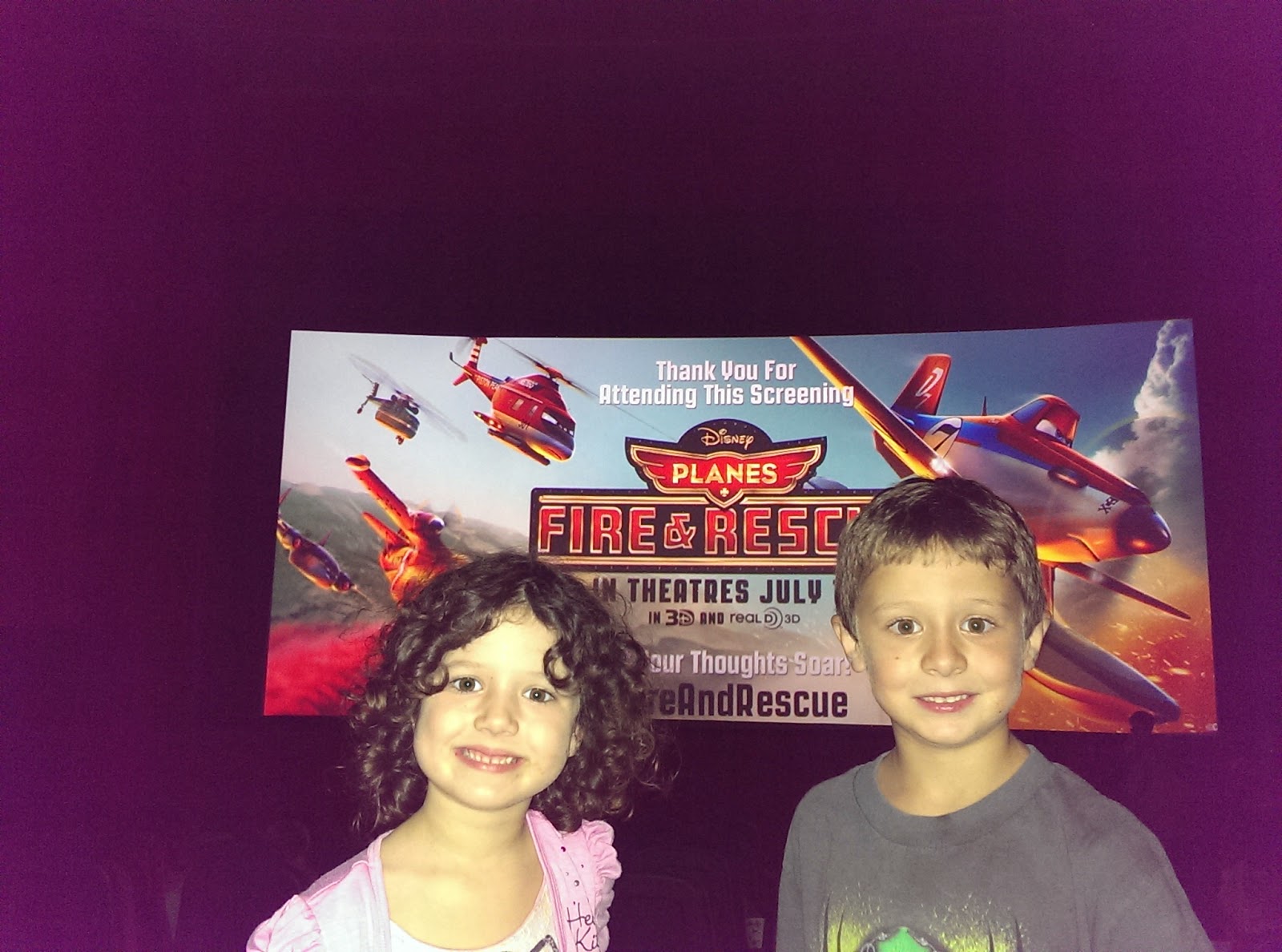 Last night, we were invited to a sneak preview of the new Disney movie, Planes: Fire and Rescue!  I had high hopes for the movie but cringed thinking it might be just another Cars remake, in the skies.

The first Planes movie was cute but a little redundant of the Cars movies.  This new chapter in the Planes movies definitely delivered a great realist(ish) story that almost made you forget that you were watching talking planes and cars.

Dusty Crophopper starts a new adventure as a Smoke Jumper plane to help out some old friends and face new-found fears.  As Dusty learns the ropes, he learns that it doesn't matter who you were in the past, it matters who you are now!

The story was so realistic, you could imagine the modern day(human) fire-fighters as they put their own lives on the line so that others may live.  Between the 3D effects and great graphics, I could almost smell the fires as they were portrayed on the screen.

We enjoyed this action packed movie probably more than any of the other "Cars" movies since the original.  It had adult humor to keep the parents entertained and the kids loved the action and familiar and new characters.

I will say, my daughter was a little skeptical though in all fairness, there are no princesses.  LOL She is a little too much of a girly girl to like planes and cars as much as my son.

Planes: Fire and Rescue was a great way to introduce children to the dangerous and exciting lives of fire fighters and smoke jumpers.  I have to admit, I teared up when they explained "The Wall", where the heroes have not returned are showcased.

Planes: Fire and Rescue comes out in theaters today and I would recommend it to anyone that enjoys a great action-packed story that is a good tribute to the men and women that put their lives on the line every day to stop wild fires.