With Summer here, so are the new Summer rides at Knott's Berry Farm!

Last week I got to check out the 3 new Camp Snoopy rides and received a special golden ticket for the re-opening of Knott's famous Calico Mine Ride!
This year marks the 34th Anniversary of Camp Snoopy and on hand were Darrell Anderson (Grandson of Walter and Cornelia Knott), Craig Schultz(Son of Charles Schultz) and the whole Peanuts Gang!  They gave us an idea of what it was like to grow up in Ghost Town as characters and live first hand with Snoopy and the Gang from the start. 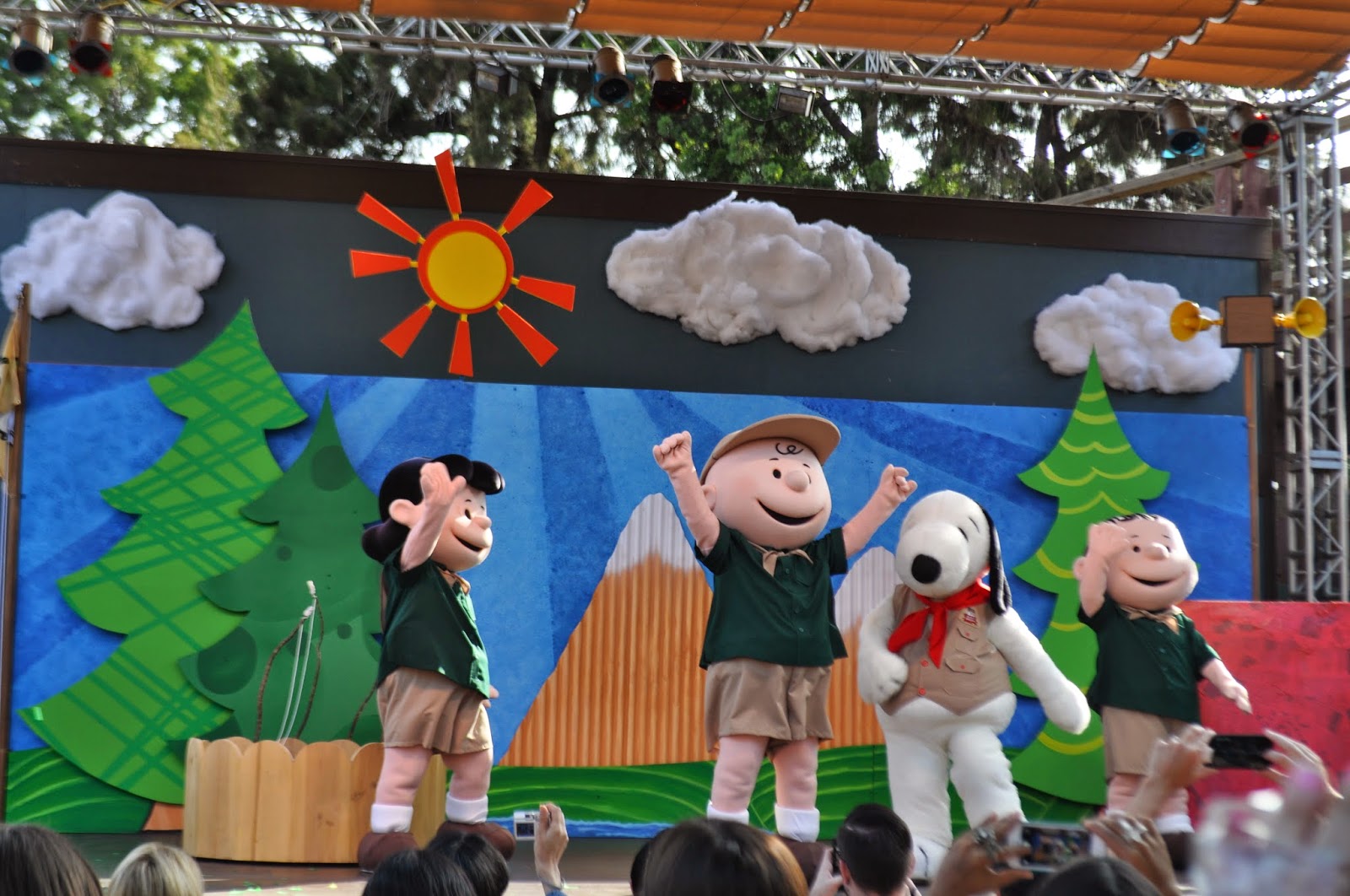 After the Ceremony, we explored the new Camp Snoopy rides before heading over to the re-opening of the Calico Mine Ride.
Linus's Launchers gives its riders the sense of flying as they lay on their bellies as they "fly" around Camp Snoopy. 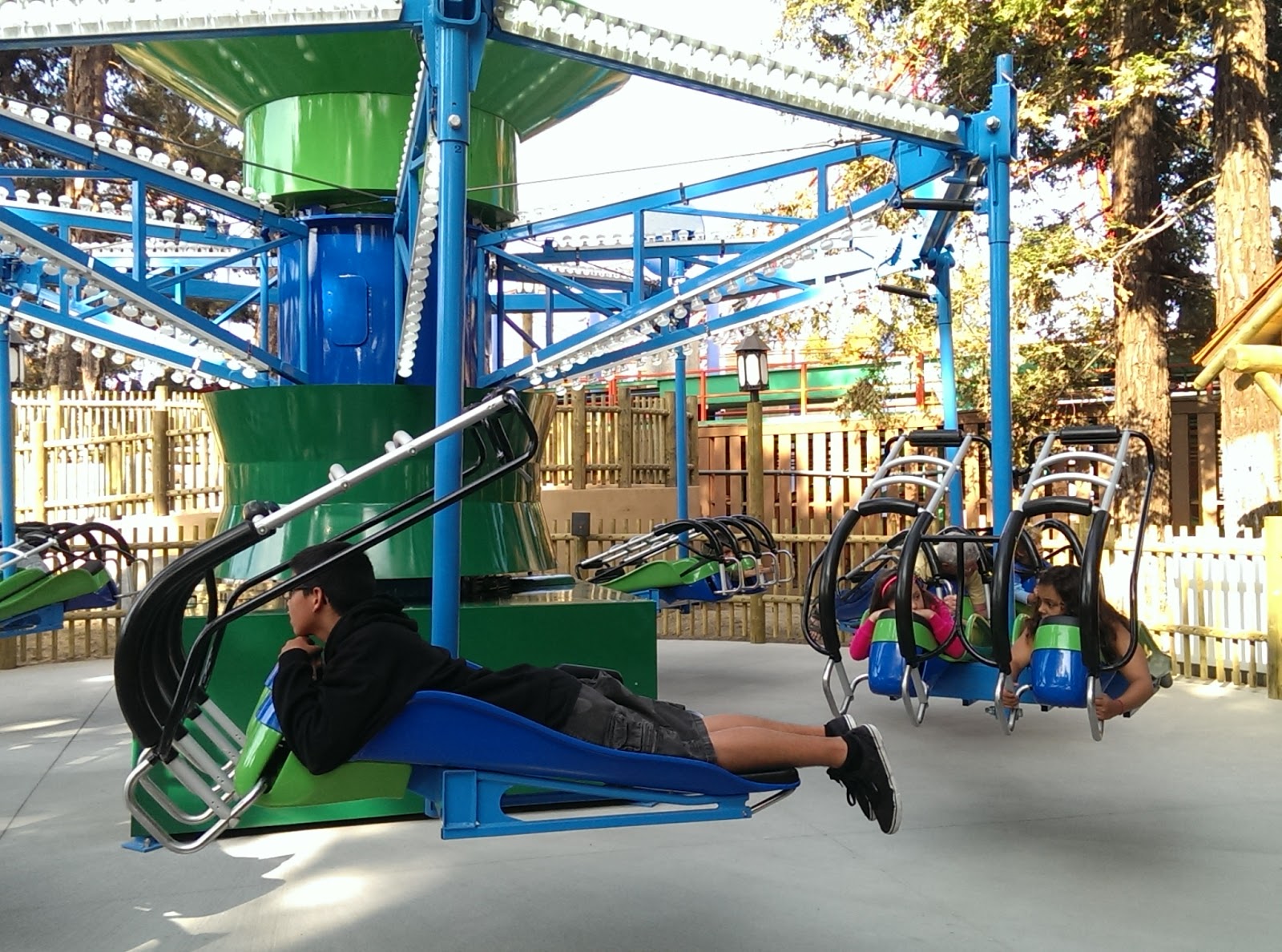 LINUS'S LAUNCHERS
Charlie Brown's Kite Flyers soar around with legs dangling.  Giving it's riders a sense of swinging high from a tree without getting stuck. 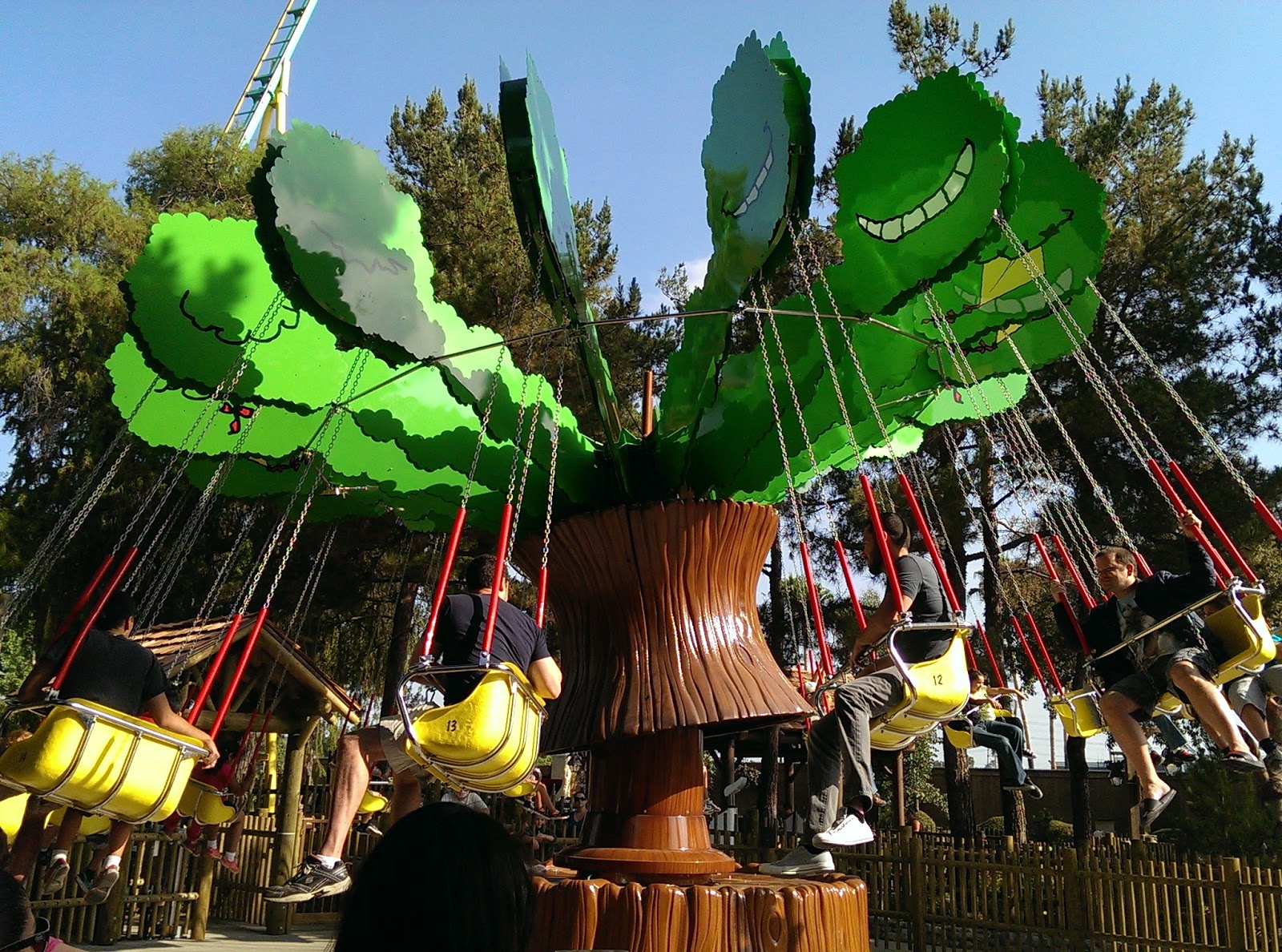 CHARLIE BROWN'S KITE FLYERS
My favorite was Pig Pen's Mud Buggies!  This speedy little ride probably shouldn't be ridden on a full stomach as it bounces the riders up and down as a dune buggie would off roading.  I know my kids are going to LOVE it! 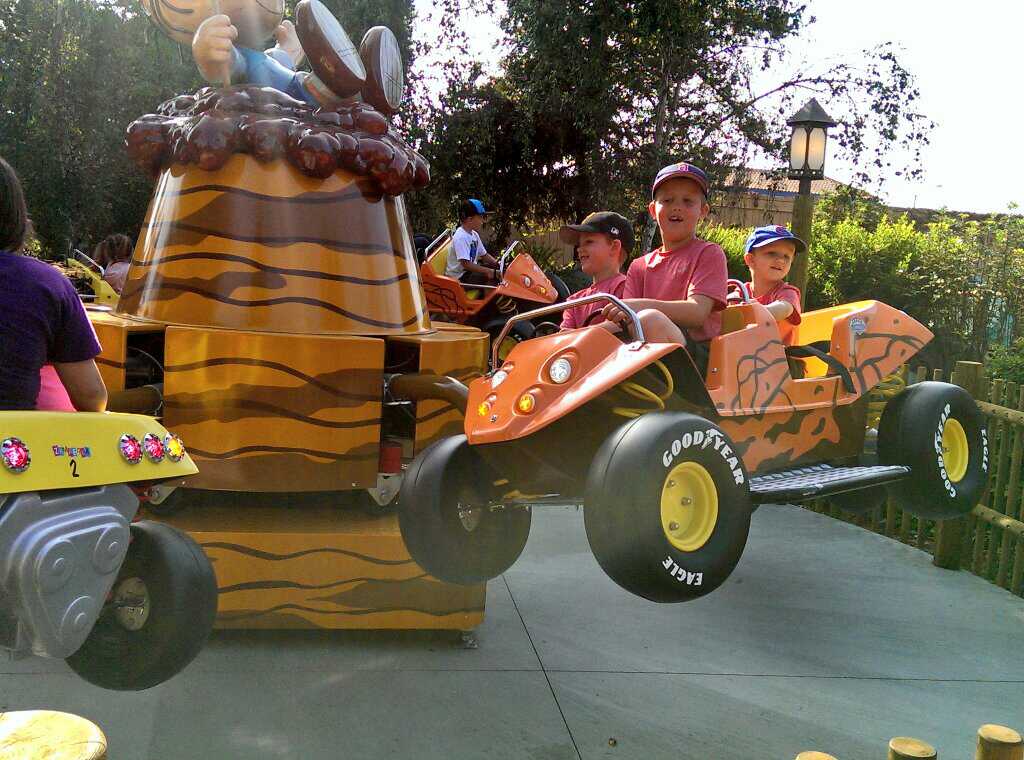 PIG PEN'S MUD BUGGIES
The new rides are not the only thing new to see in Camp Snoopy.  There is now a pergola and picnic area that guests can relax and take a break while the kids burn off energy.  Look closely and you will see the Peanuts Gang fishing and relaxing by the creek. 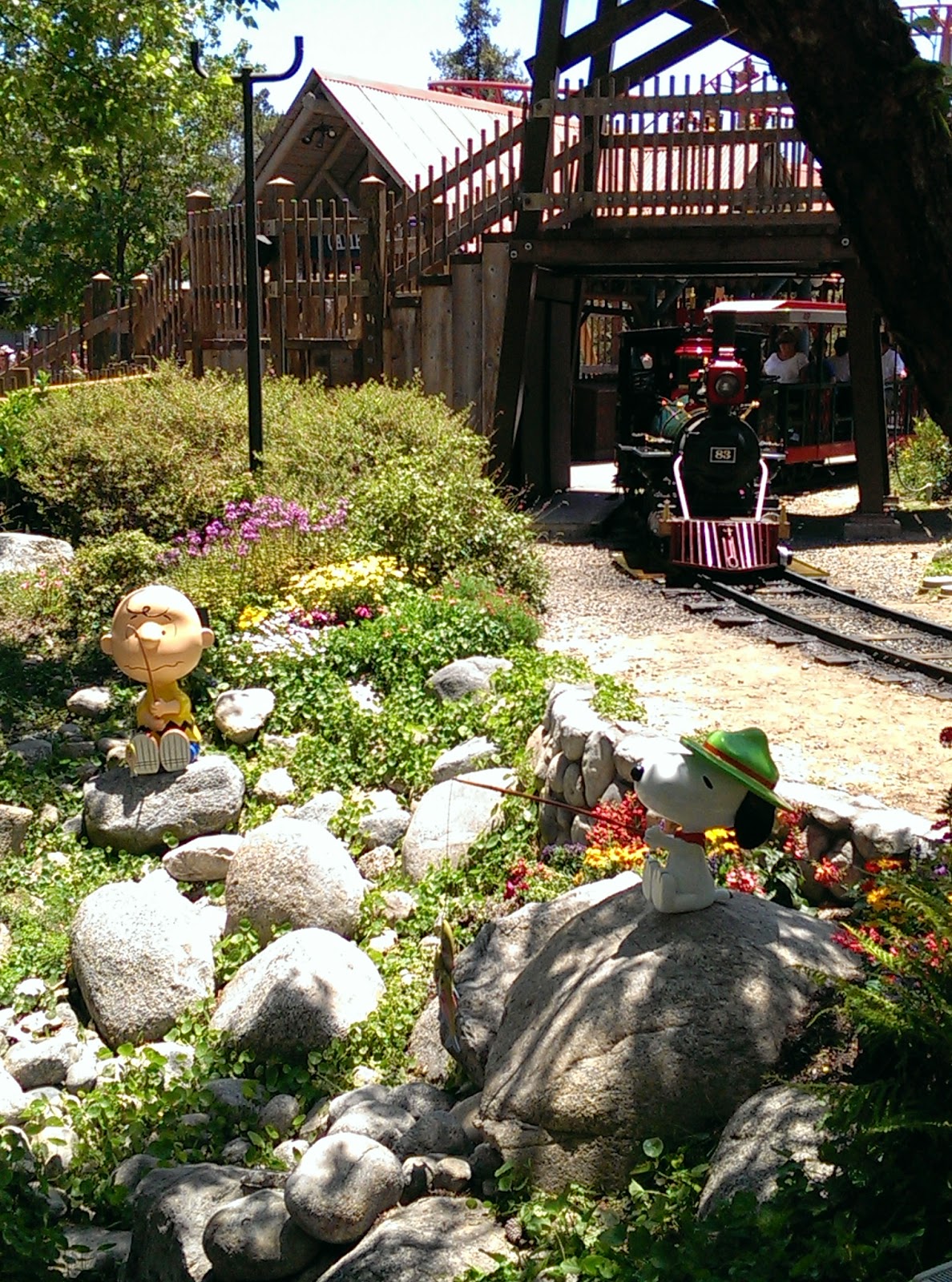 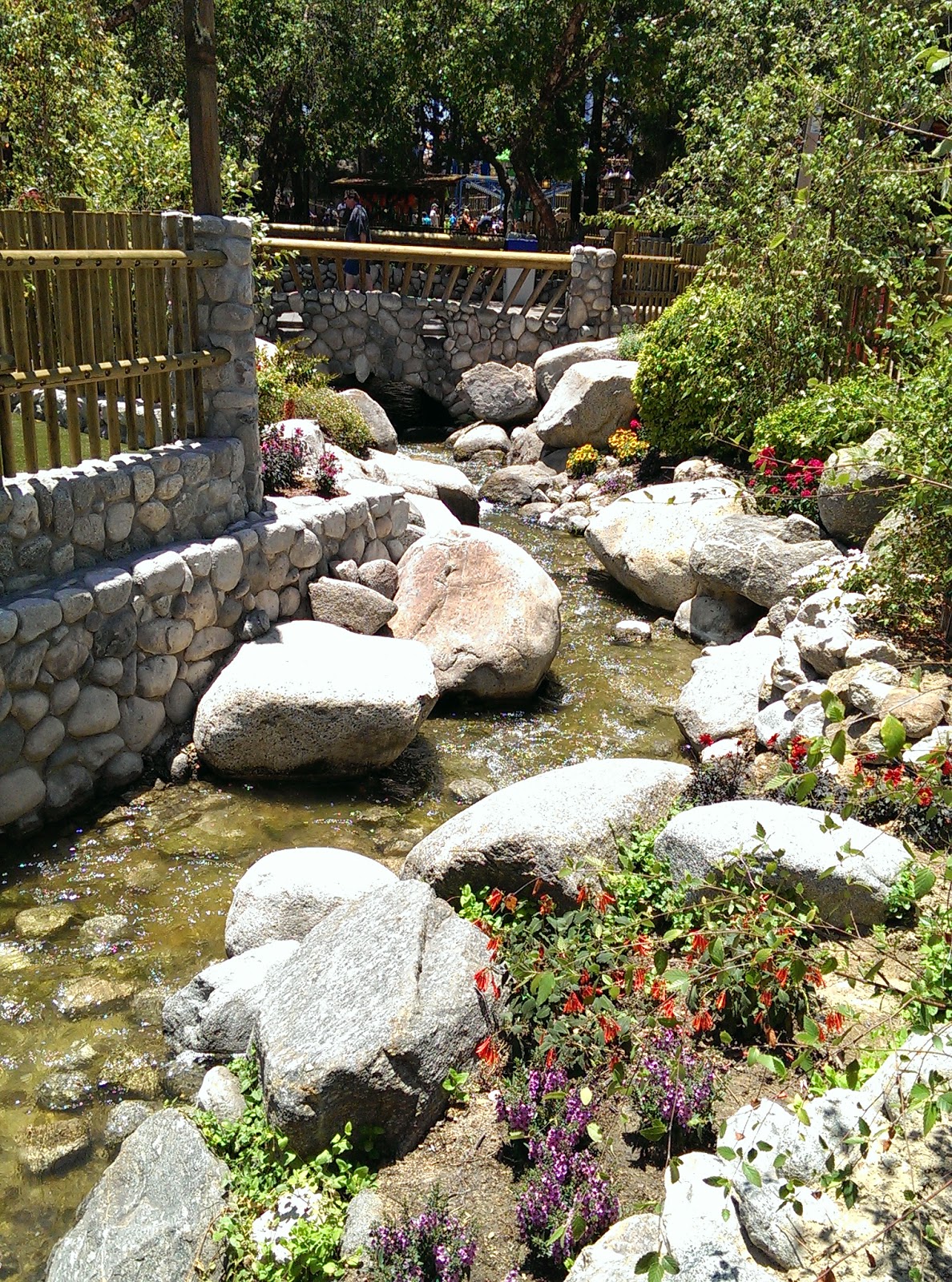 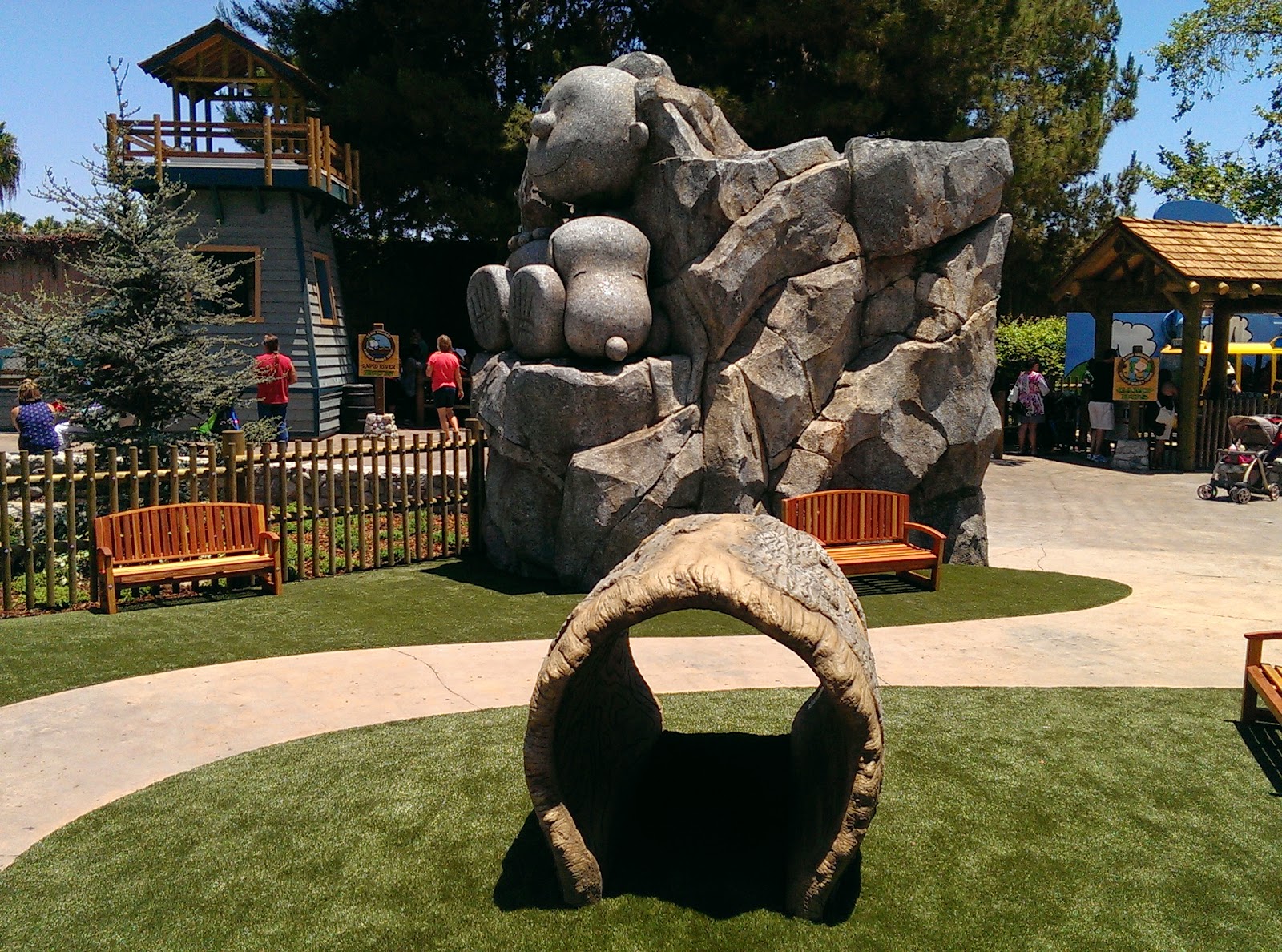 Off to the Calico Mine ride we enjoyed the festivities of a live band as we awaited our turn on the re-furbished ride.  The improvements include new animatronic figures, music, explosions and great new lighting.  The ride is not as dark as it used to be and I think that the little ones will feel more comfortable while still entertaining the adults. 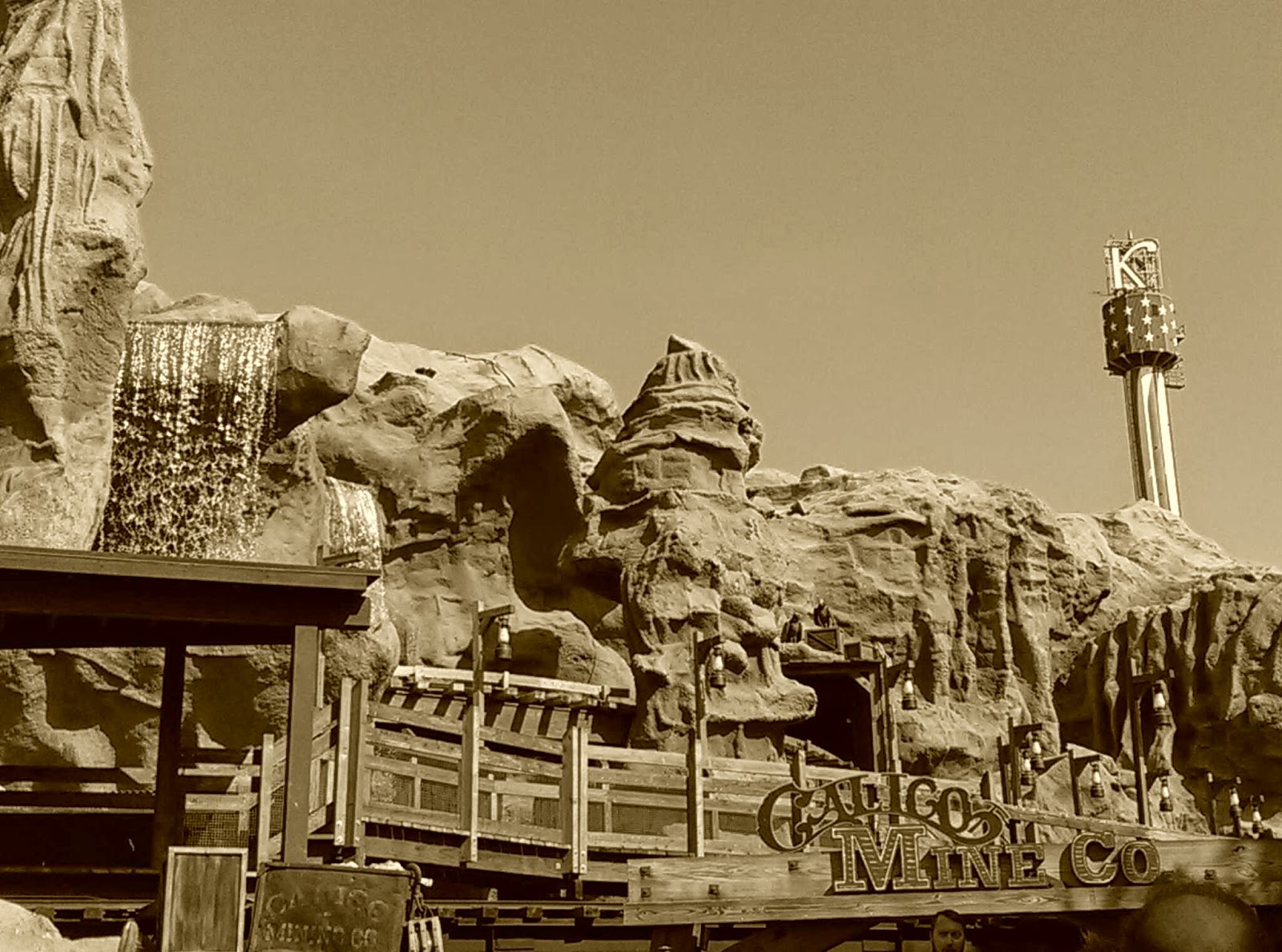 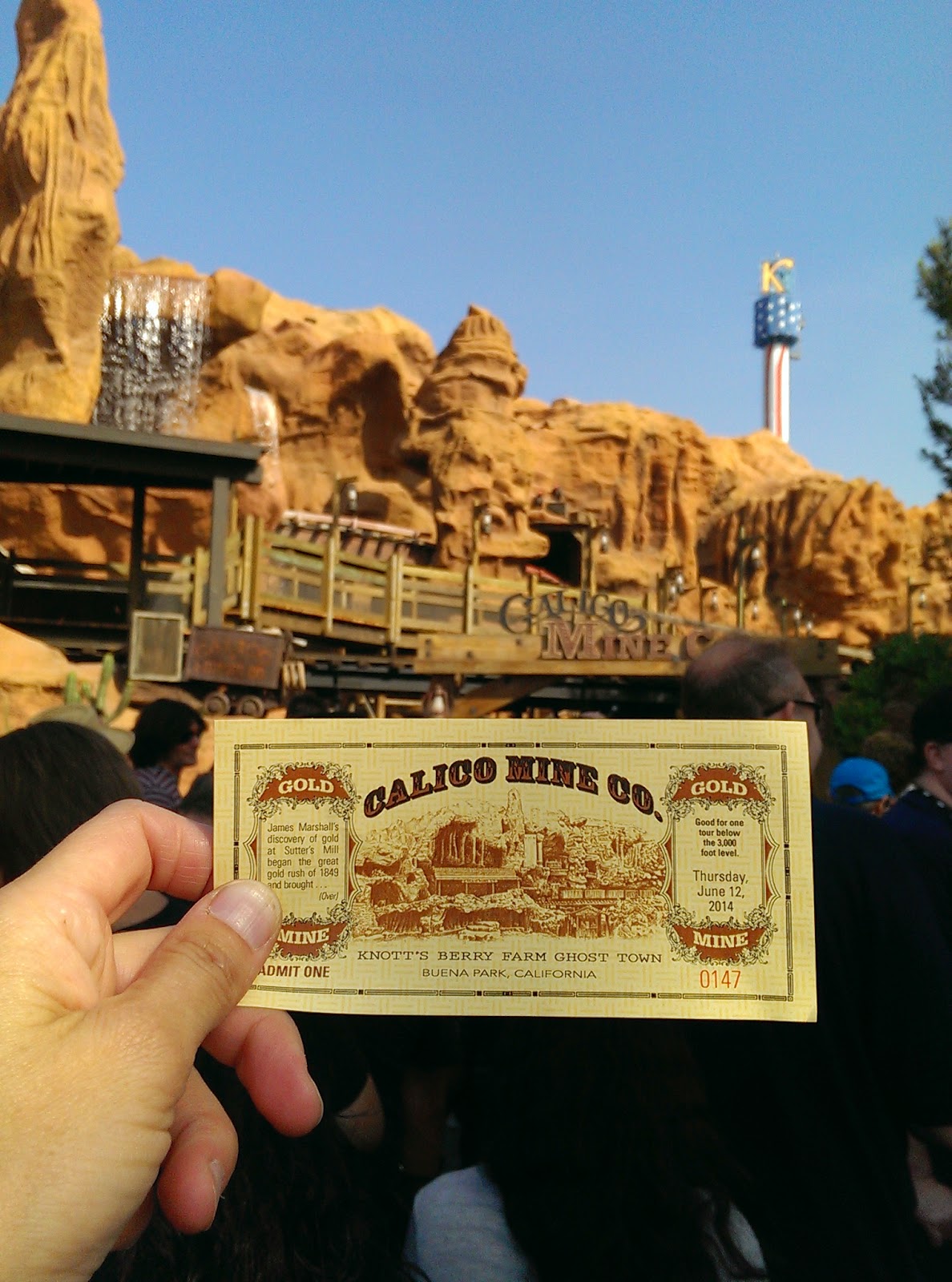 Boom Town, is the new show at the Calico Stage which is a MUST see!  This comedy show from the Gold Rush gave a thrill of acrobats, trampoline, comedy and much more!  SO cute! 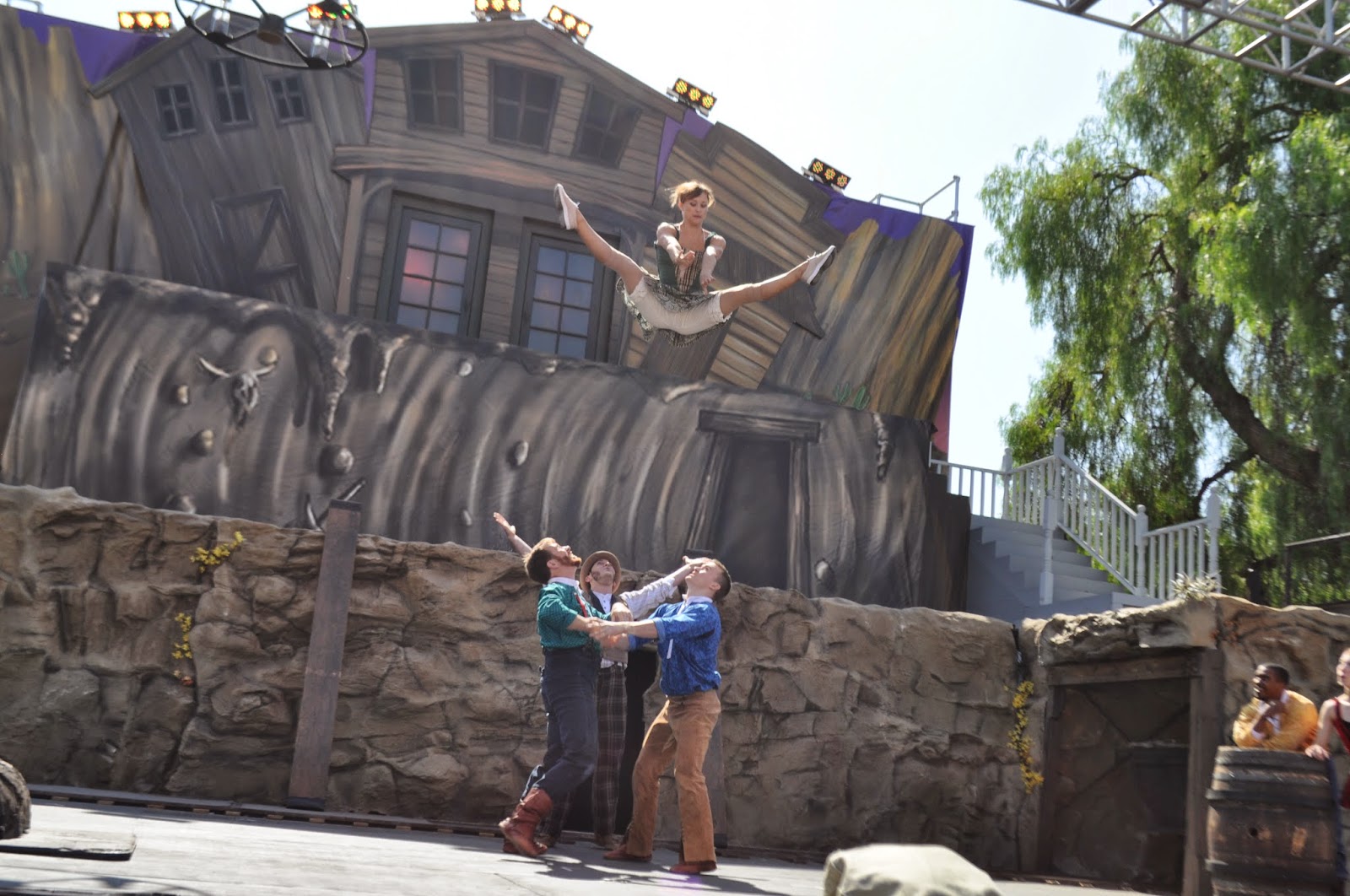 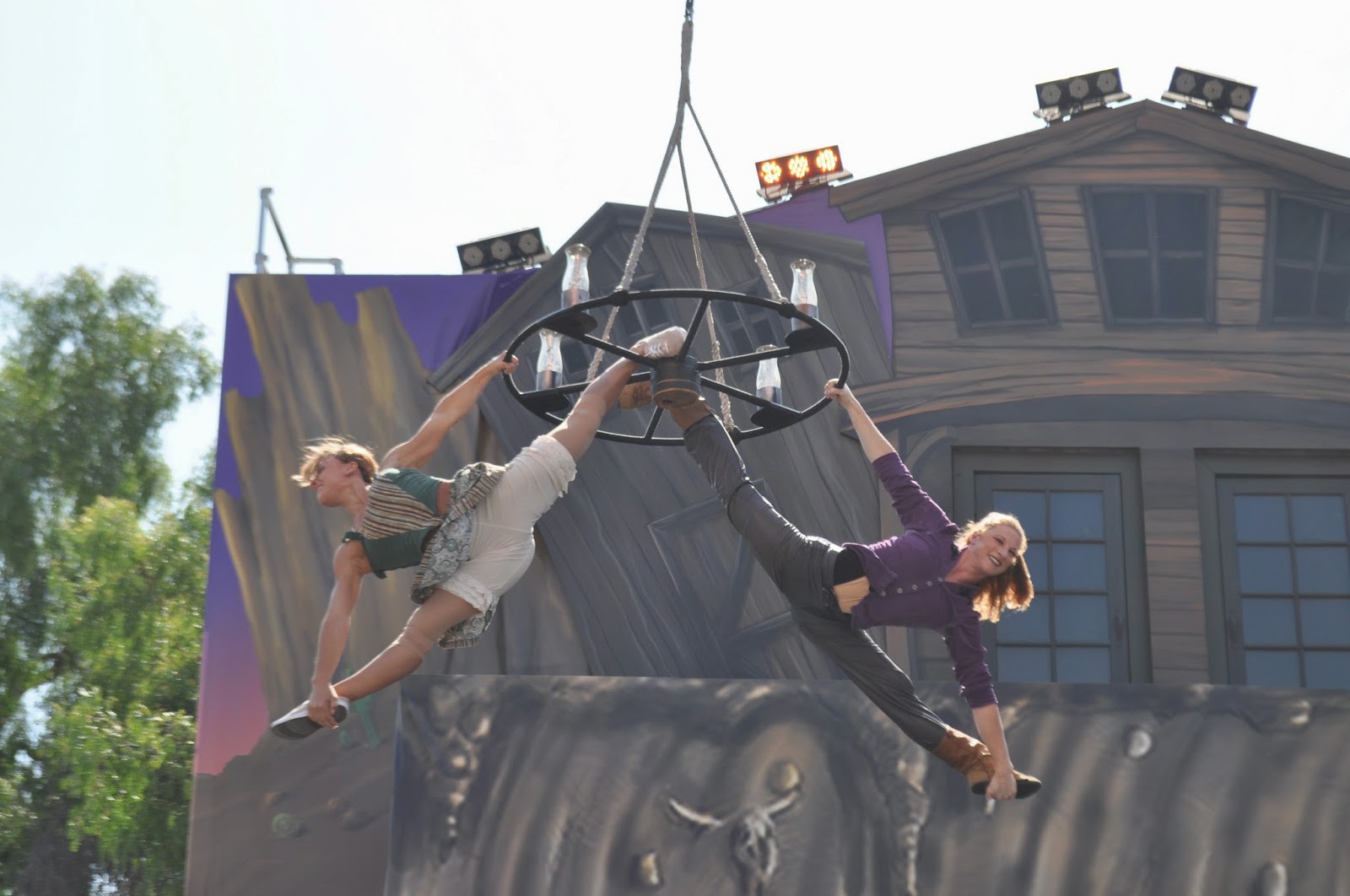 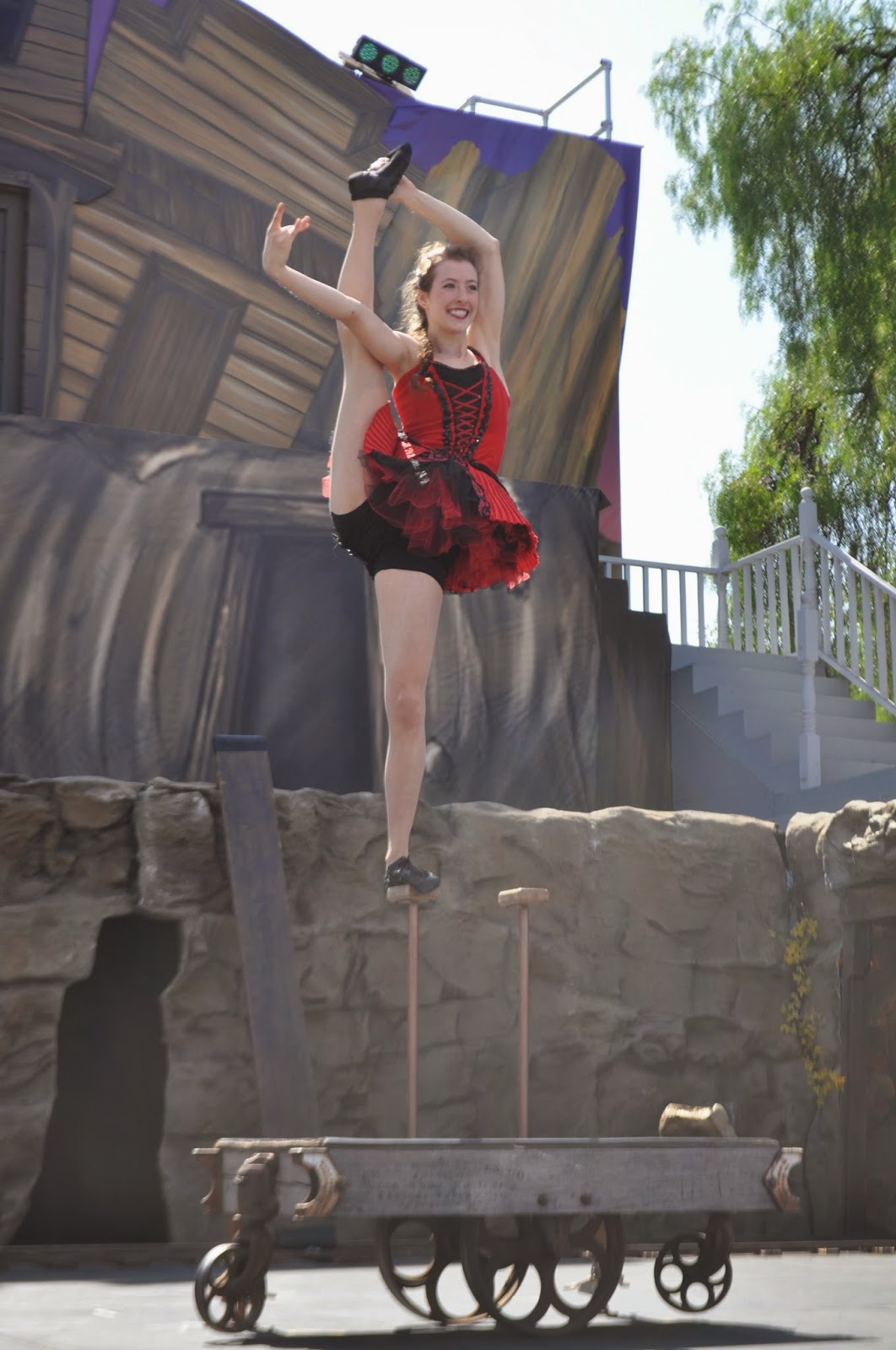 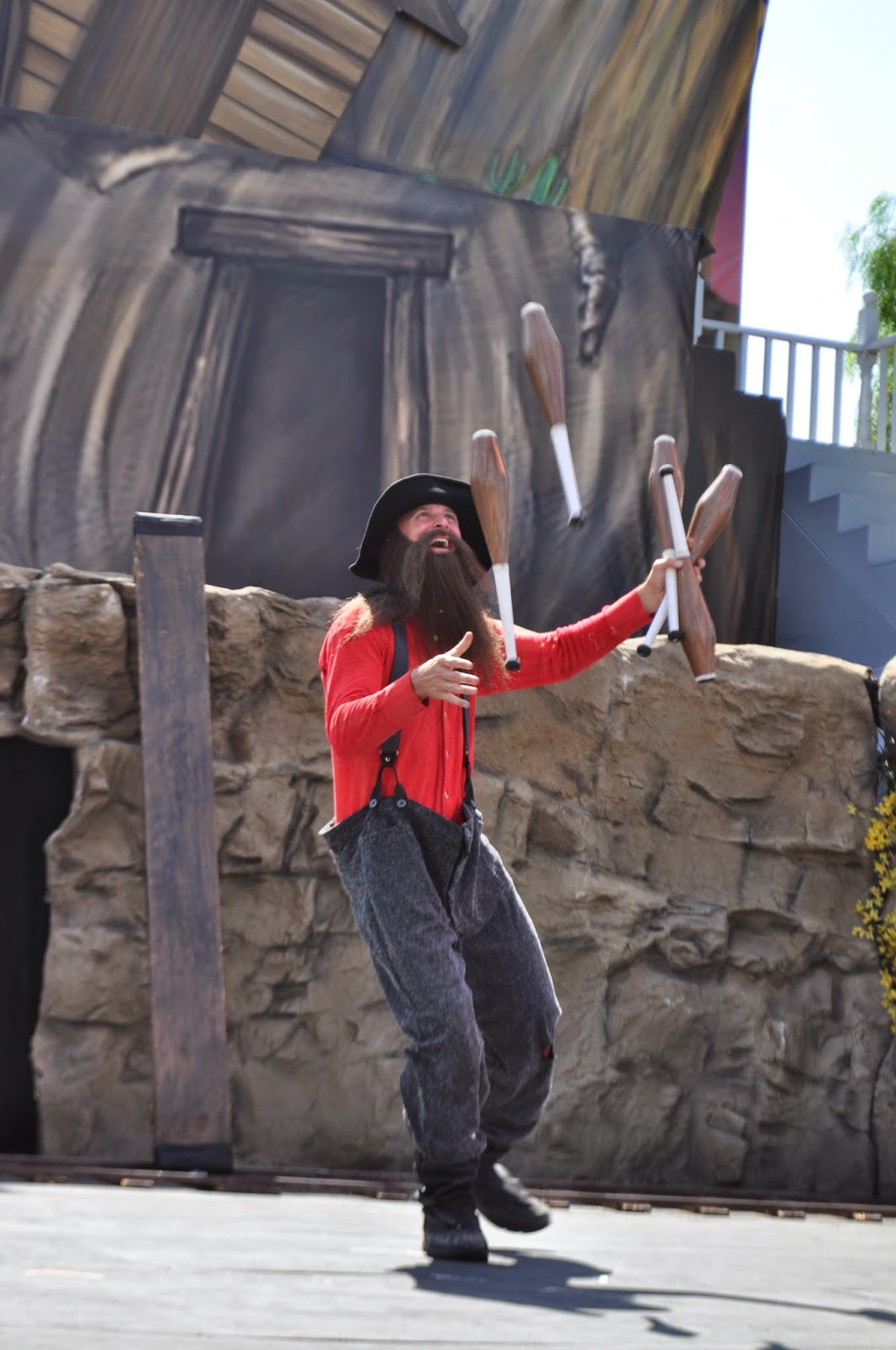 No trip to Knott's is complete without seeing the Snoopy on Ice Show.  The new show Snoopy Unleashed doesn't disappoint.  The show has popular music thrown in from past decades as well as current hits.  It made us want to get up dance as we saw the spectacular skaters doing flips and spins. 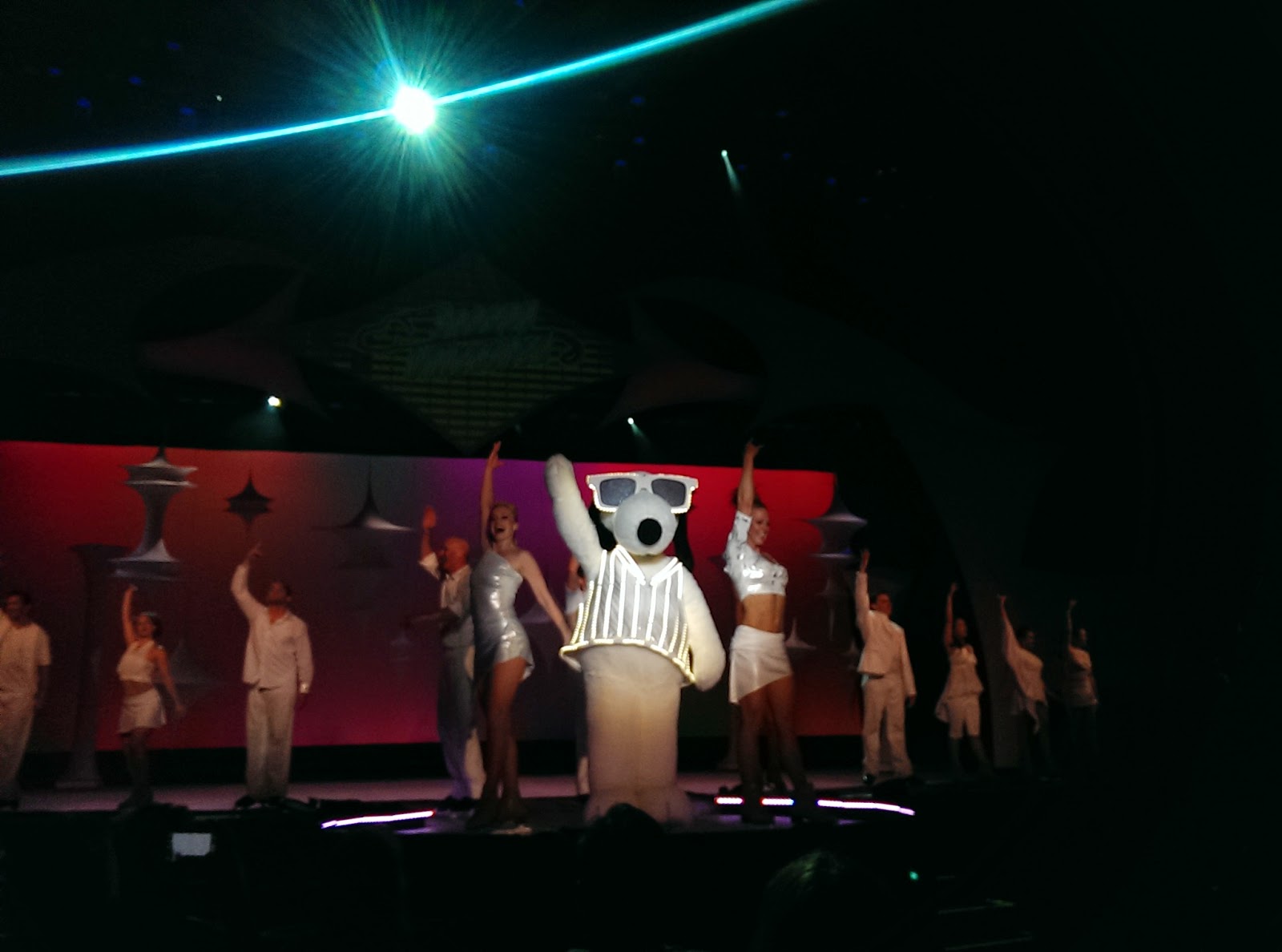 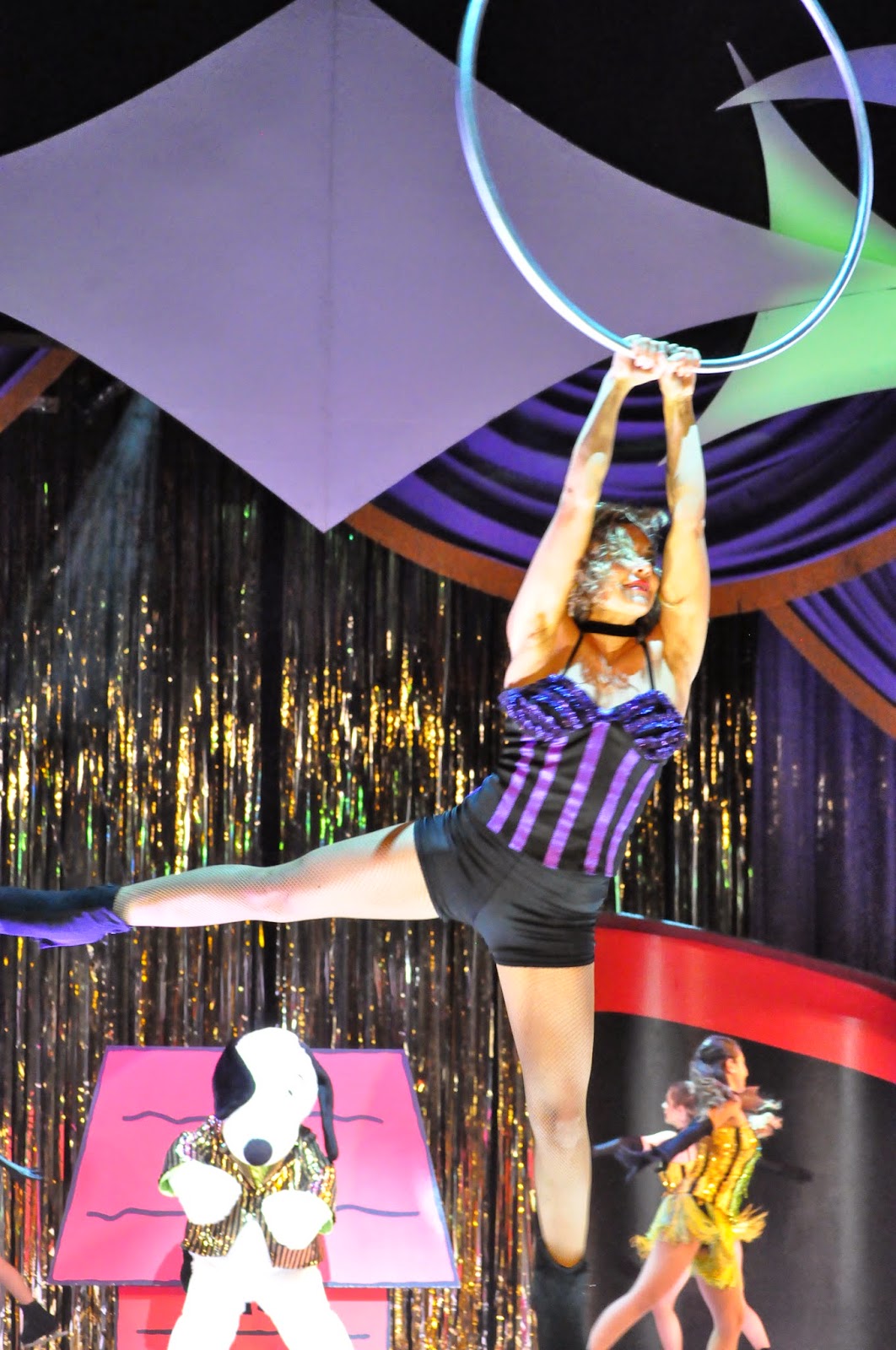 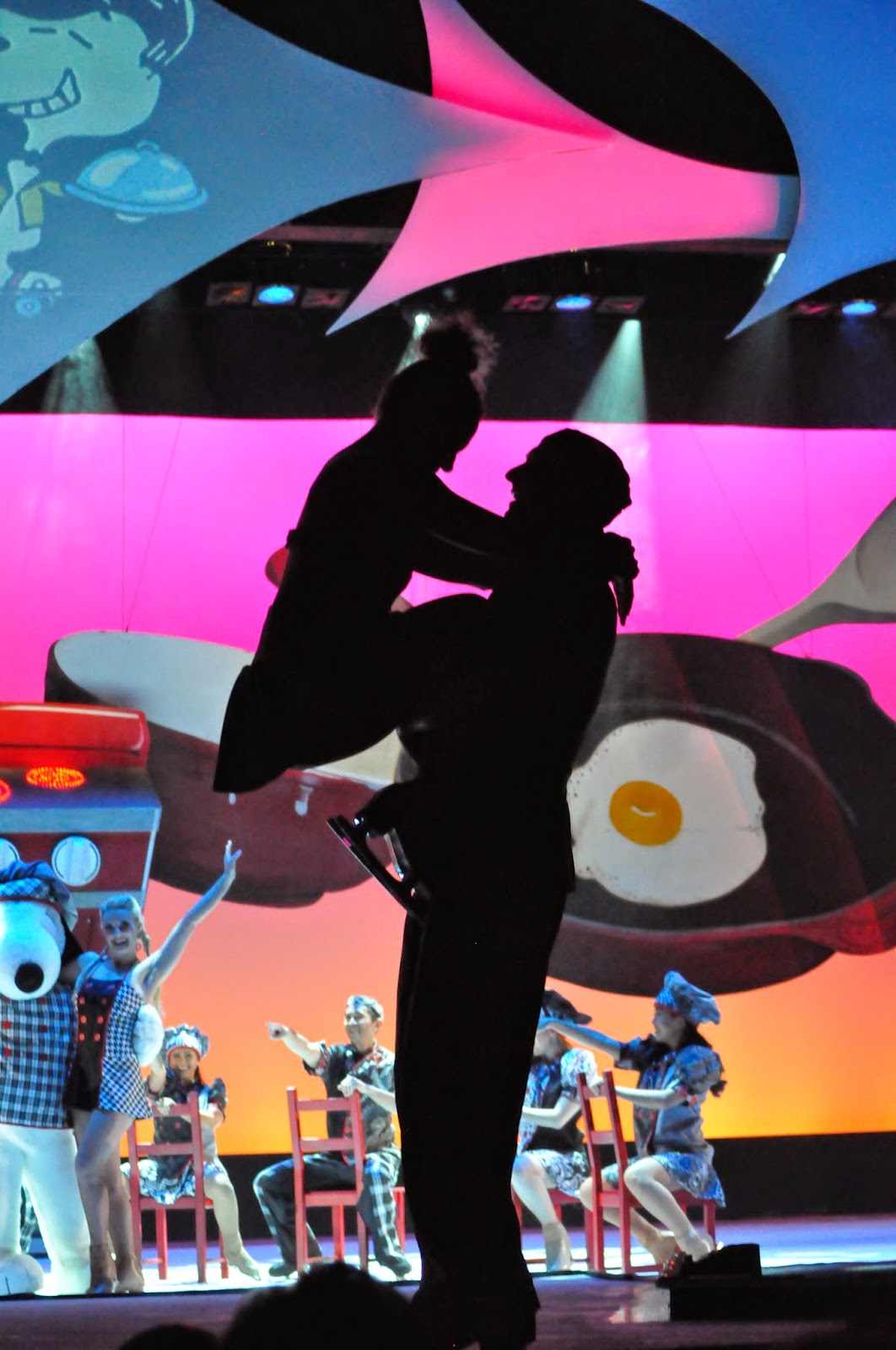 There is so many new things to experience at Knotts lately, you might want to make your day trip a stay-cation!  Don't forget that there is Soak City and the Knott's Hotel at your fingertips.  Make reservations now!
Just one last thing, I have noticed if you buy your tickets online or at Costco, you can often get great discounts!  Be sure that if you plan on going, do a little research and find out where the best deals are.  They are always out there!
About Knott’s Berry Farm and Cedar Fair Entertainment Company:
Knott’s Berry Farm is owned and operated by Cedar Fair Entertainment Company, a publicly traded partnership that is listed for trading on The New York Stock Exchange under the symbol “FUN.” In addition to Knott’s Berry Farm, Cedar Fair owns and operates ten other amusement parks, three water parks, one indoor water park, and five hotels. Cedar Fair also operates the Gilroy Gardens Family Theme Park in California under a management contract. Visit knotts.com or connect with us on Facebook, Twitter and Instagram.

Disclaimer: We received complimentary passes and meals while attending the “Media Day” at Knott’s Berry Farm. The opinions in this article are my own. I do not work for, or with, any brand mentioned in this article, nor do I have any official relationship with them. I have a relationship with GigaSavvy, for whom I create original editorial content.