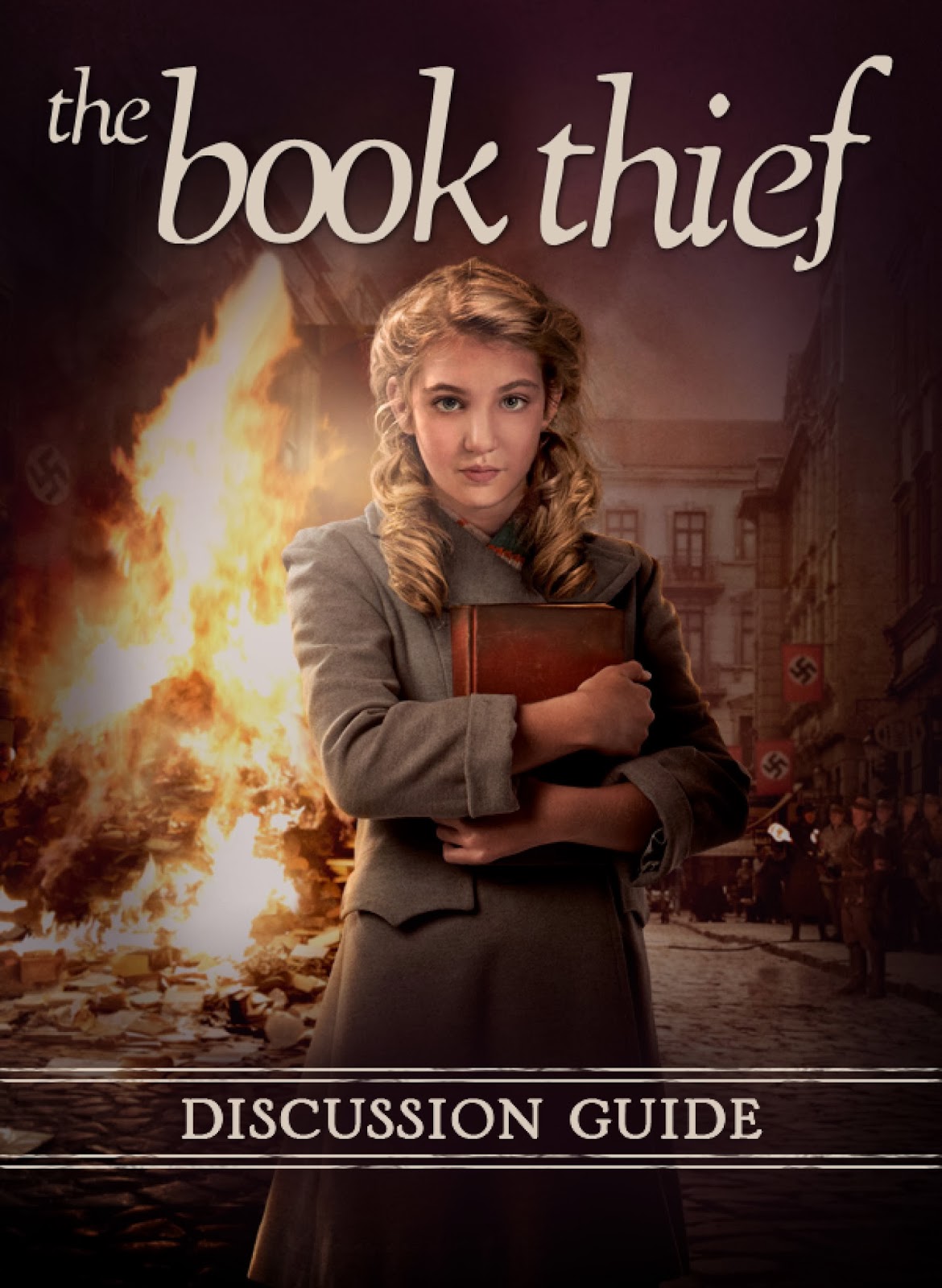 The Book Thief is a movie that emotionally moves you.  It is uniquely narrated by the Angel of Death who finds the main character,(Liesel) so interesting, it makes him long to experience life itself.
It is a story of Liesel(Sophie Nelisse) who is sent away from her mother during World War II because her mother is a communist.  Adopted by a German couple (Geoffrey Rush and Emily Watson), she is loved and cared for in her absence.  Liesel arrived without knowing how to even write her name.
While many of the other children made fun her, she makes a few friends and is taught a lifelong love reading by her adoptive father.  Owning most books in World War II were strictly forbidden and she had to hide a book that she saved from her brothers funeral, before it was burned.  It was through this book she learned to read and write. 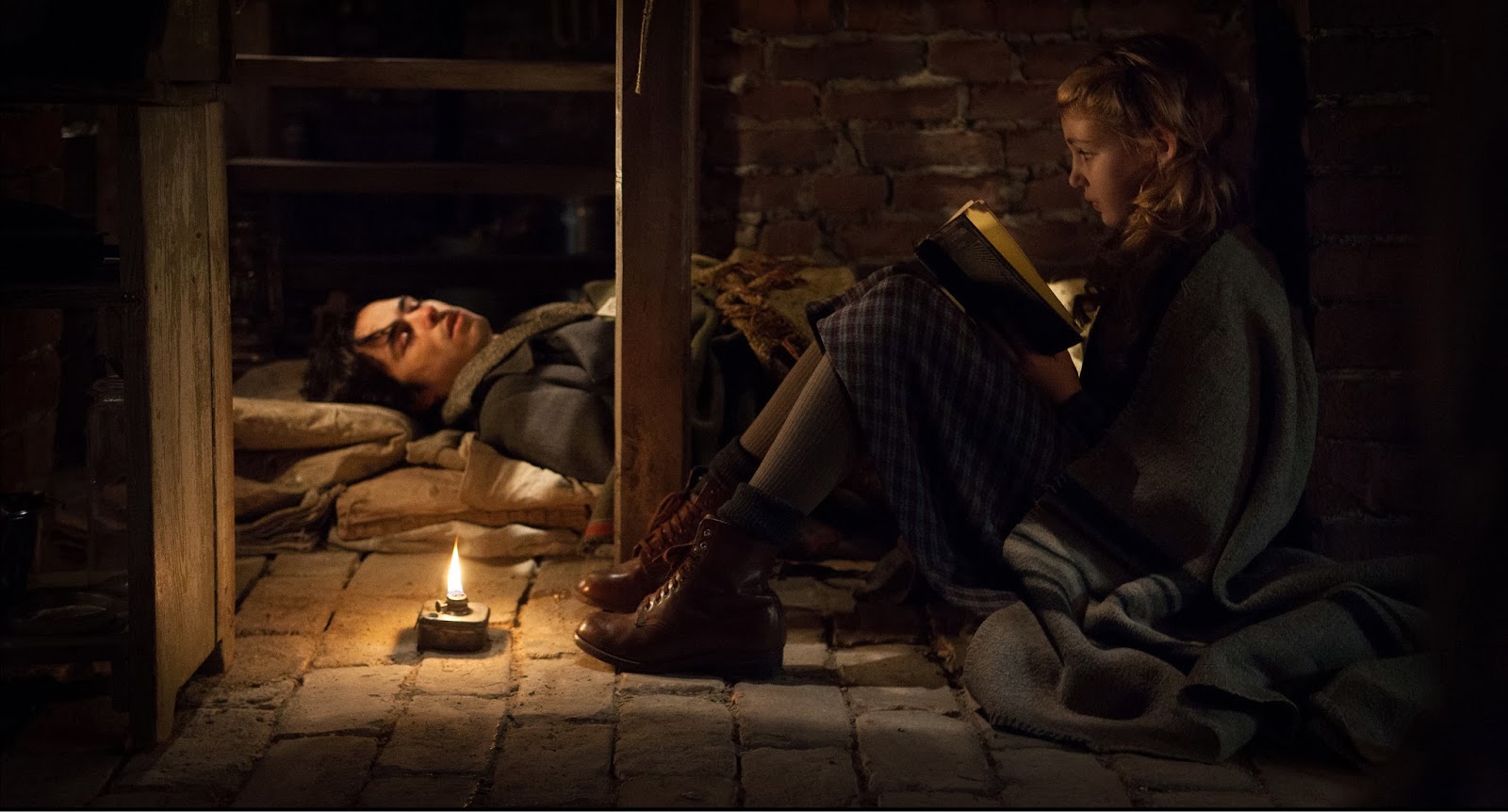 Her family who is sympathetic to Max, a Jew hiding from Hitlers family.   Through friendship and imagination, the two of them escape the horrors that follow. 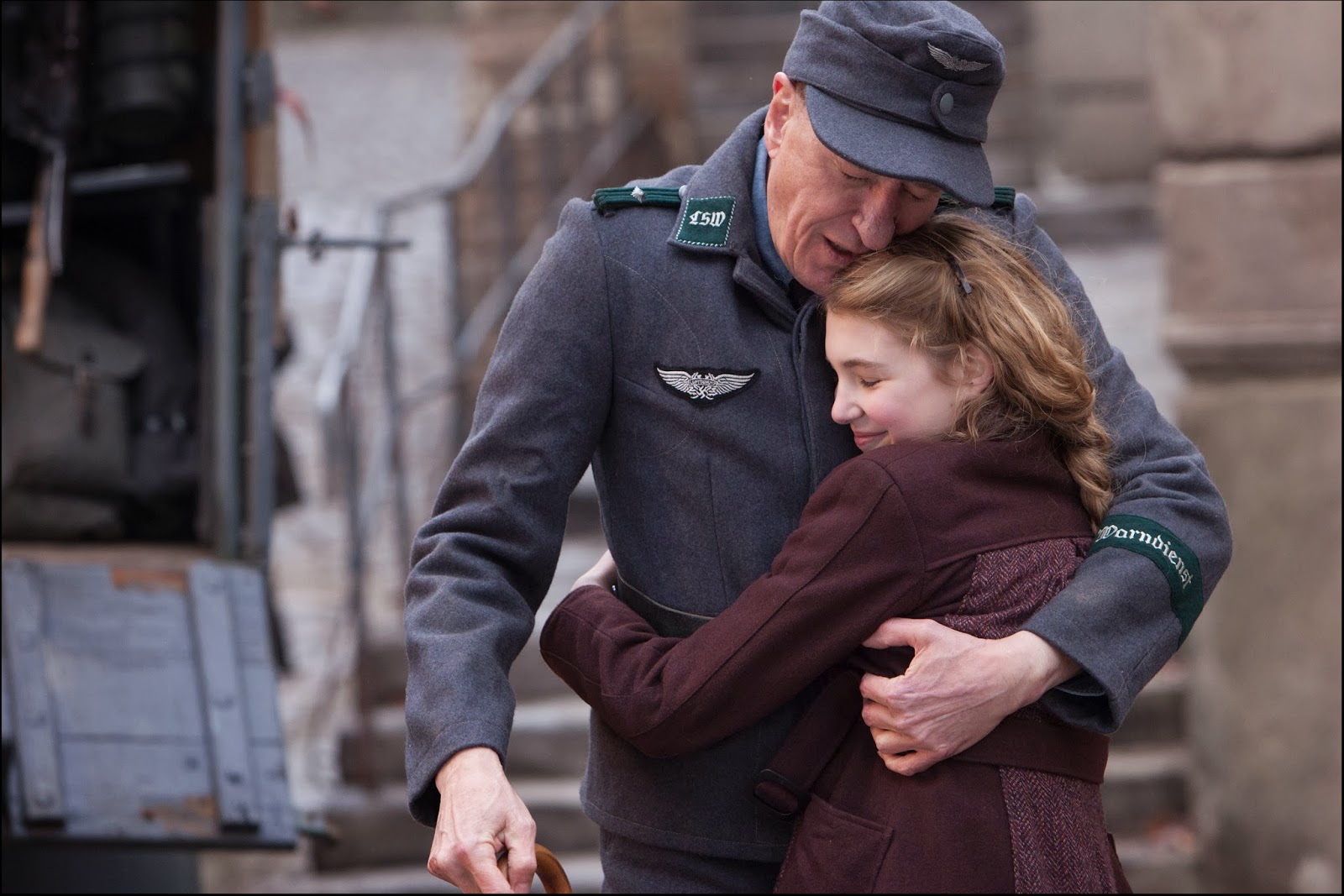 Liesel finds friendship in the love of books through odd and forbidden outlets that helps keep a small amount of sanity in her world that has fallen apart so many times.
Like so many others, losing family and friends, Liesel becomes a strong woman with a deep hatred of Hitler.  Through true friendship and perseverance, Liesel not only survives but thrives in a world full of hatred and death.
The Book Thief comes out to Blu-ray and DVD on March 11, 2014.  The Digital HD became available on 2/25/2014 and makes a great Book Club read!
Book Clubs:  Are you looking to add this moving book to your discussion list?  Use the below guides for great discussion ideas. 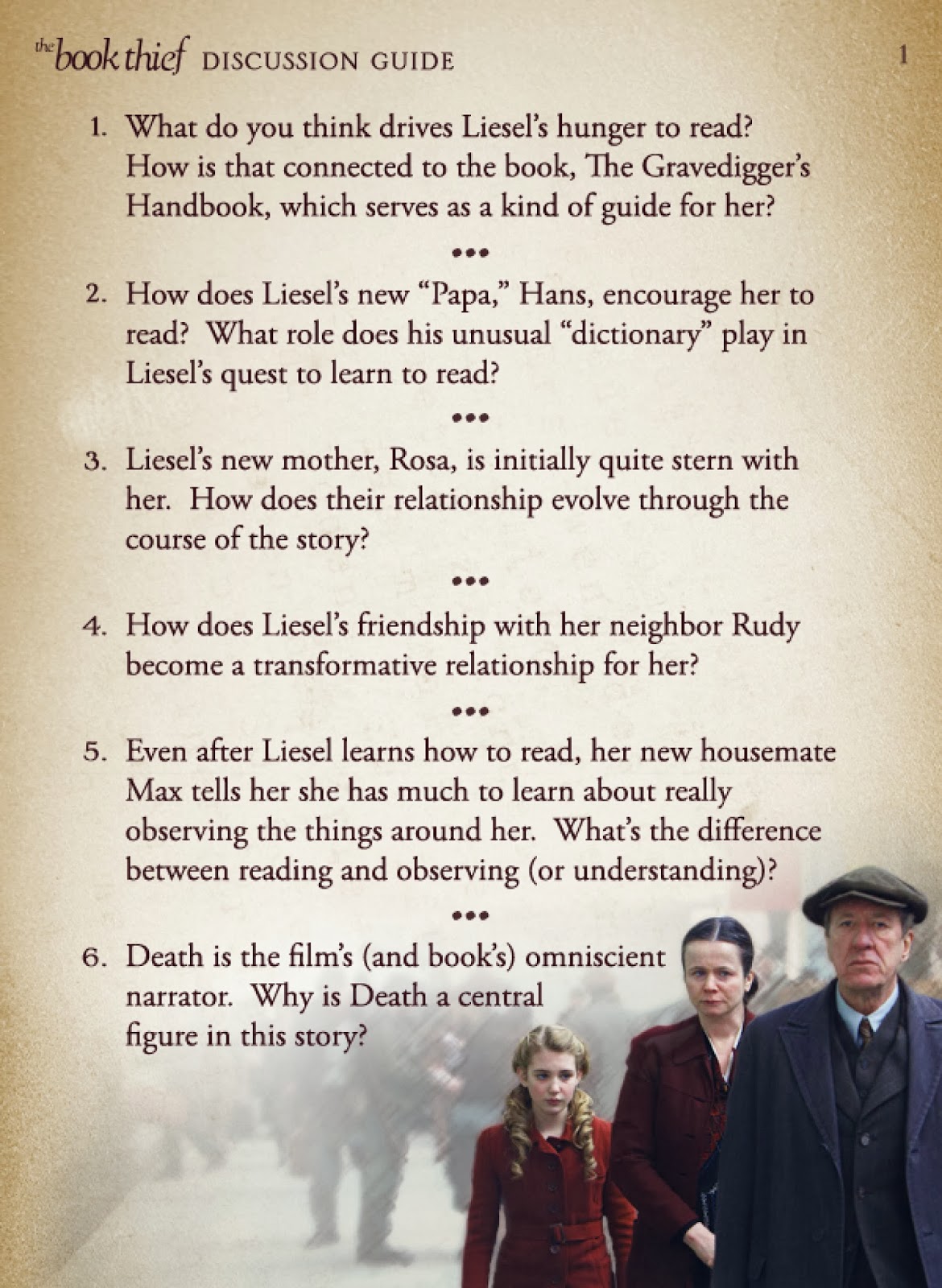 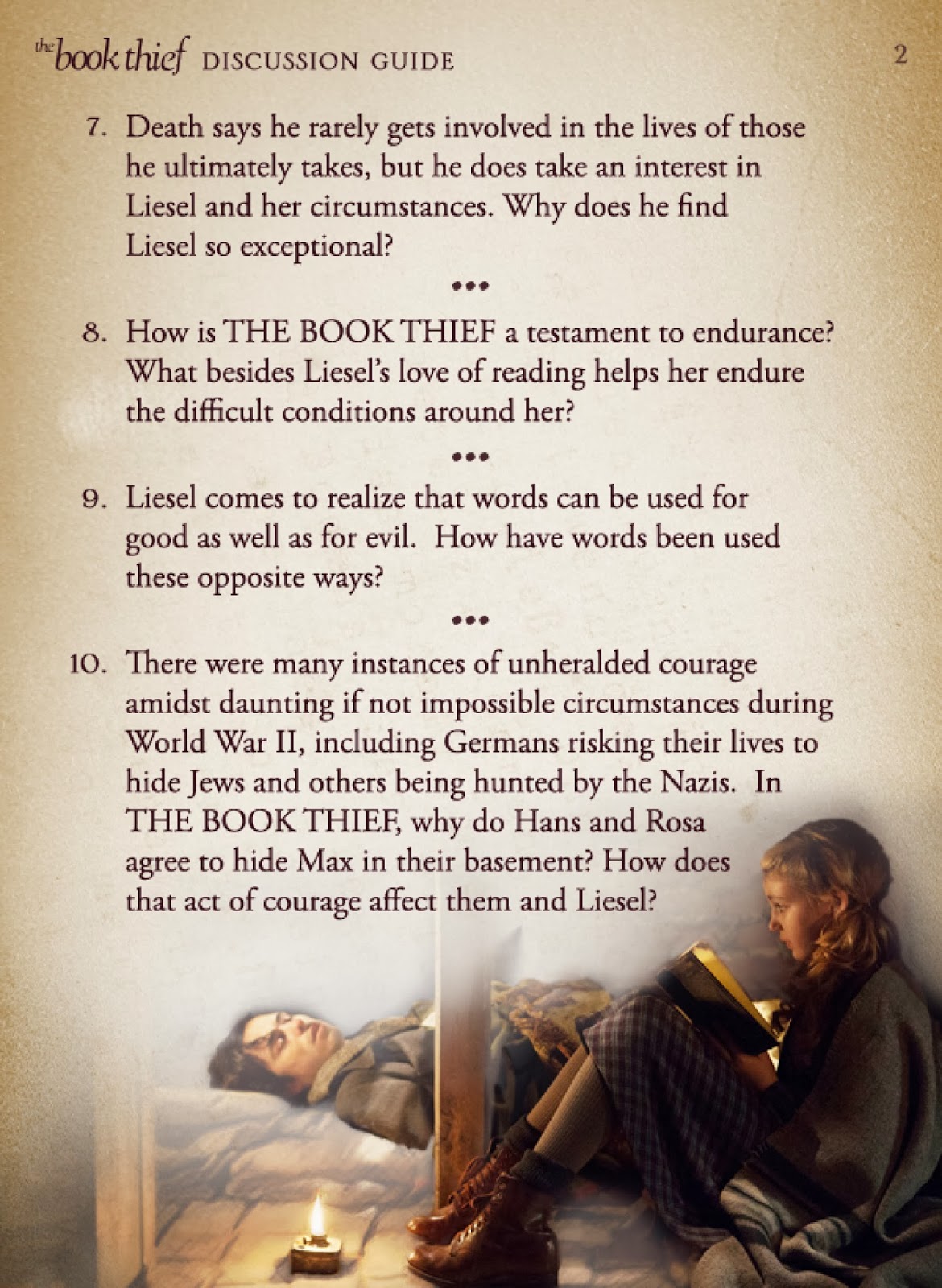 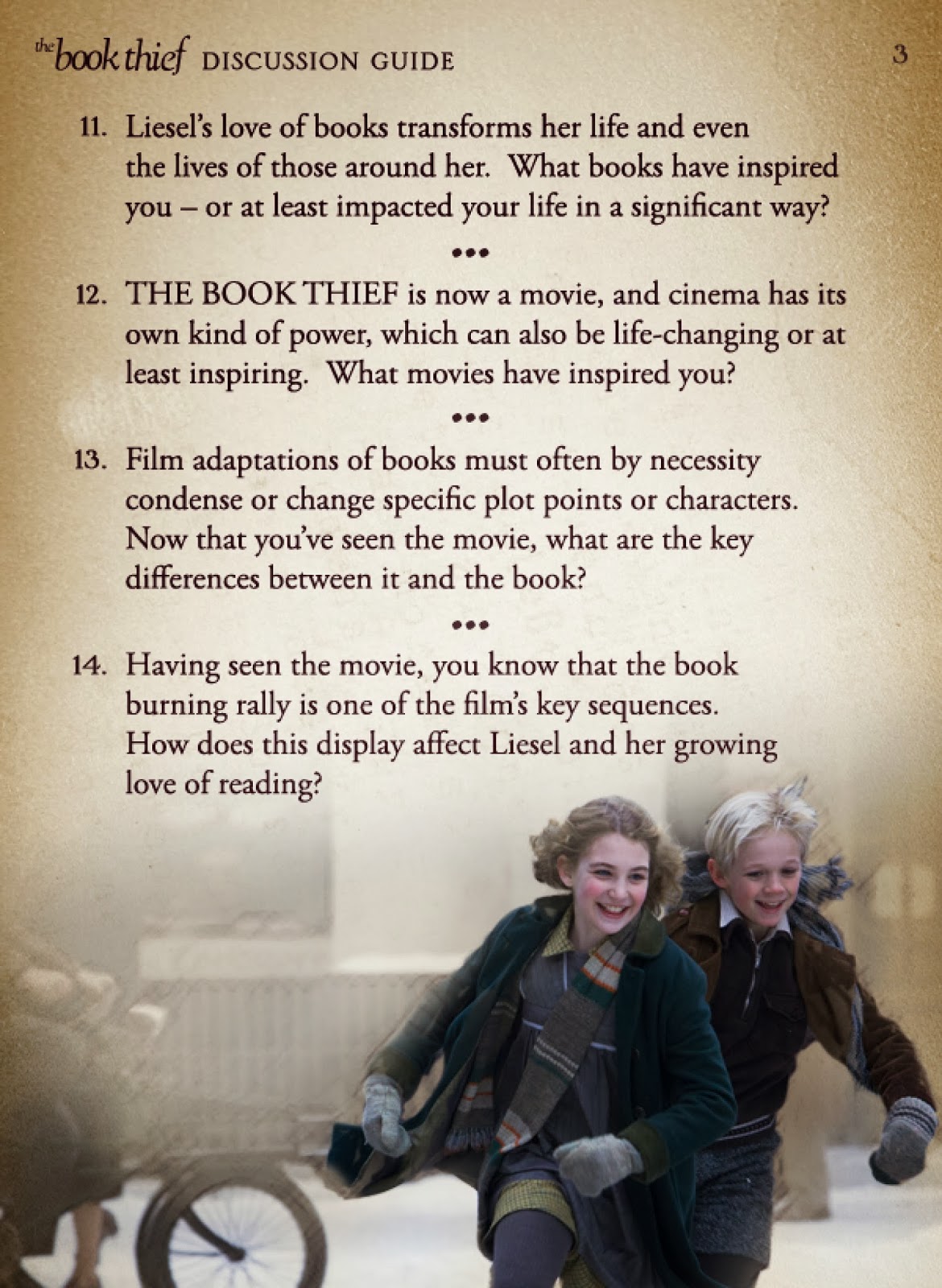 Click here to print
WIN A COPY OF THE BOOK THIEF BELOW!
a Rafflecopter giveaway
DISCLAIMER:  I will receive a copy of The Book Thief for helping promote the movie release.  All thoughts and ideas are my own.  All photos are used with permission from 20th Century Fox.