We Rang in the New Year at Knotts! | @Knotts #KnottsNYE 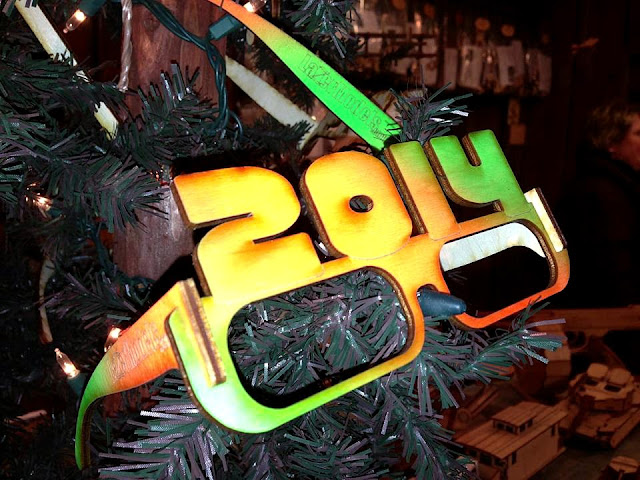 I much prefer a New Year’s Eve celebration riding on crazy roller coasters and dining on funnel
cakes than being stuck in a sweaty nightclub with music that is too loud and drinks that are too
expensive. Knott’s Berry Farm, in my humble opinion, was the best possible way to bring in the
New Year.


First, do not pass go; do not collect $200, go straight to Mrs. Knott’s Chicken Dinner Restaurant!
Mrs. Knott first opened her doors to serve her now famous fried chicken dinner in 1934, since
then over 20,000,000 guests have enjoyed her chicken dinner. If chicken is not your thing, there
are other options to choose from. 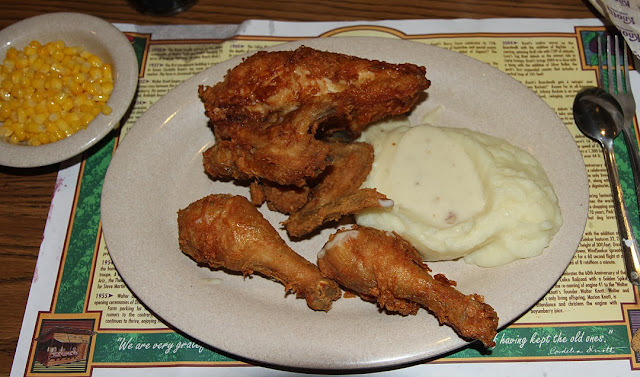 I always like learning new things, and this trip to Knott’s Berry Farm was no exception to my
never ending thirst for knowledge. The new little tid‐bit I picked up was leaning that Knott’s Berry
Farm was the first farm to propagate the Boysenberry plant in 1932. They boysenberry is a cross
between the red raspberry, blackberry and the loganberry. Which brings me to another MUST DO
while at dining at Mrs. Knott’s. 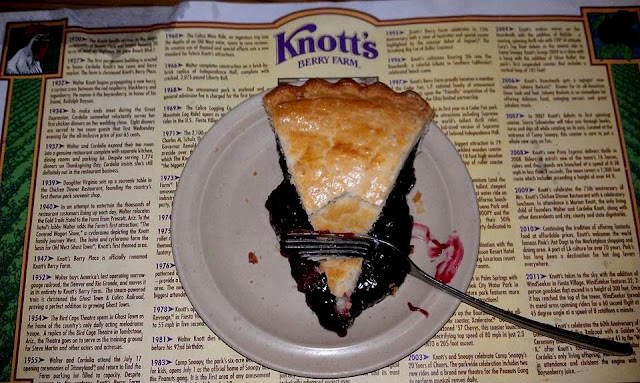 Since this was my friend (T.J’s) first time to Knott’s, we spent some time walking around and
enjoying the amusement park atmosphere. Knott’s Berry Farm celebrates its old west heritages,
and a great deal of its décor has an old west “Ghost Town” feeling. Many of the shops feature
craftspeople or experts in a certain field. One shop that tickled T.J’s interest was the Geode shop.

While looking around we enjoyed the beauty of different rocks and fossils. This is a great place to
pick up a unique souvenir, perhaps someone you know would like some beautiful quartz, or
perhaps some fossilized dino poop, or even a $19,500 gigantic geode older than dinosaurs. Outside
the shop you can select a geode starting a $10. An expert will cut it for you to reveal the treasure
inside. 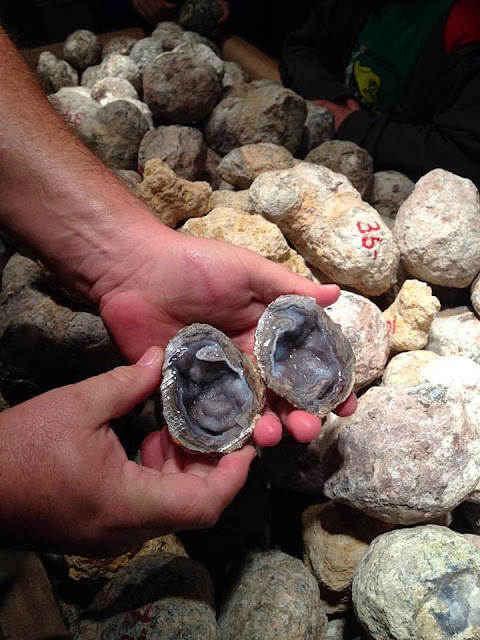 As far as the rides go, there is something for everyone, and each ride is labeled on a thrill score of
1‐5 (1 being mild thrill, 5 being aggressive thrill). If you are a fan of thrill rides, I recommend the
Pony Express (4) for its creative way you ride this ride, and The Boomerang (5) I love loops! Camp
Snoopy is 6 acres and great for children under 12, or chickens like mine. Since my little chicken
was not with us this particular evening, we took advantage of rides she wouldn’t go near.

Now, as a parent of a child I know that someday she will crave some independence. During this
trip to Knott’s Berry Farm there were plenty of teen-aged kids, in groups enjoying the park. The
best part was, they were well behaved and enjoying, possibly, their first New Year’s with out their
parents in a safe, controlled environment. Knott’s has a convenient drop‐off area right in front of
the gates so no worries about having to pay for parking, or dropping them off and wonder if they
will ever make it to the front gate. When my day comes when Miss M. wants to stretch her wings, I
would have no problem allowing her, with a group a friends, to enjoy the Knott’s Berry Farm
without her “un‐cool” mom by her side. They grow up fast don’t they?
*don’t worry, plenty of families there too! 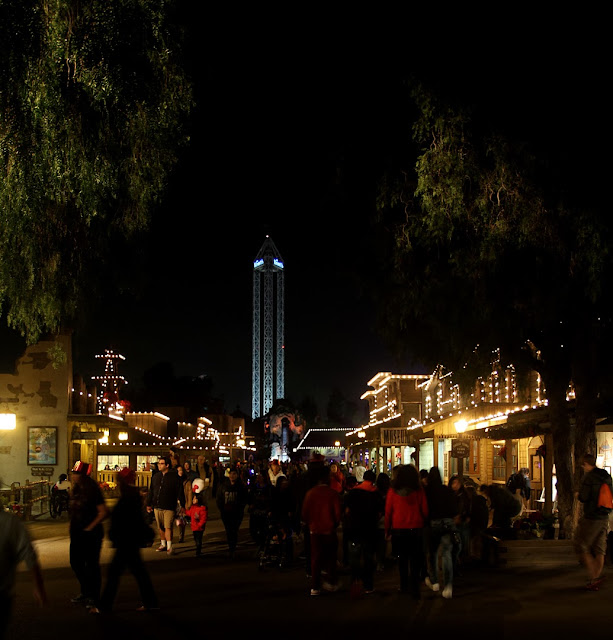 Finally, the countdown began. Everyone was focused towards the large Sky Cabin ride, which, like
Time Square, featured a count down clock high enough, that no matter where you were in the
park, you had a perfect view (unless you were barreling through a loop or corkscrew). What was
perfect about this, you never felt cramp, and there was enough space to actually move. Then of
course, after we said good‐bye to 2013 and hello to 2014, the night sky lit up with a spectacular
firework show.

Bottom line, this was the best NYE I could imagine. Hanging out, being able to talk to people, eating
some great food, and riding some great rides. Although beer and wine is served at the park there
were no crazy sloppy drunks spilling beer on me, and plenty of room to breathe. I have a feeling
that a Knott’s Berry Farm will become a New Year’s tradition for my family for many years. 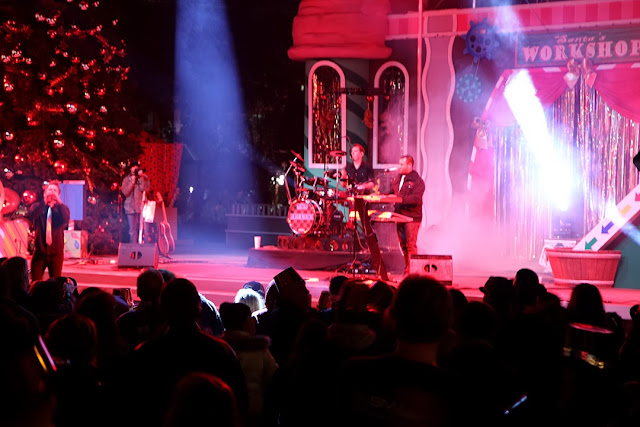 Thank you GigaSavvy for a wonderful night!  Ringing in 2014 was everything we had hoped it would be.

About the Author:
Meghan Watson is a single mom who has been a teacher, flight attendant, blogger, and concierge at the famous Hotel Del Coronado.  She is always looking for more ways to keep her 7 year old busy and entertained.

DISCLAIMER:  We were given tickets to experience New Years Eve at Knotts Berry Farm in return for helping promote the event.  The pictures and videos are courtesy of the author and TJ Jones.  Do not use any videos or pictures without permission.