A Day With Cloudy 2: Now Out On DVD/Blu-Ray | @CloudyMovie #Cloudy2 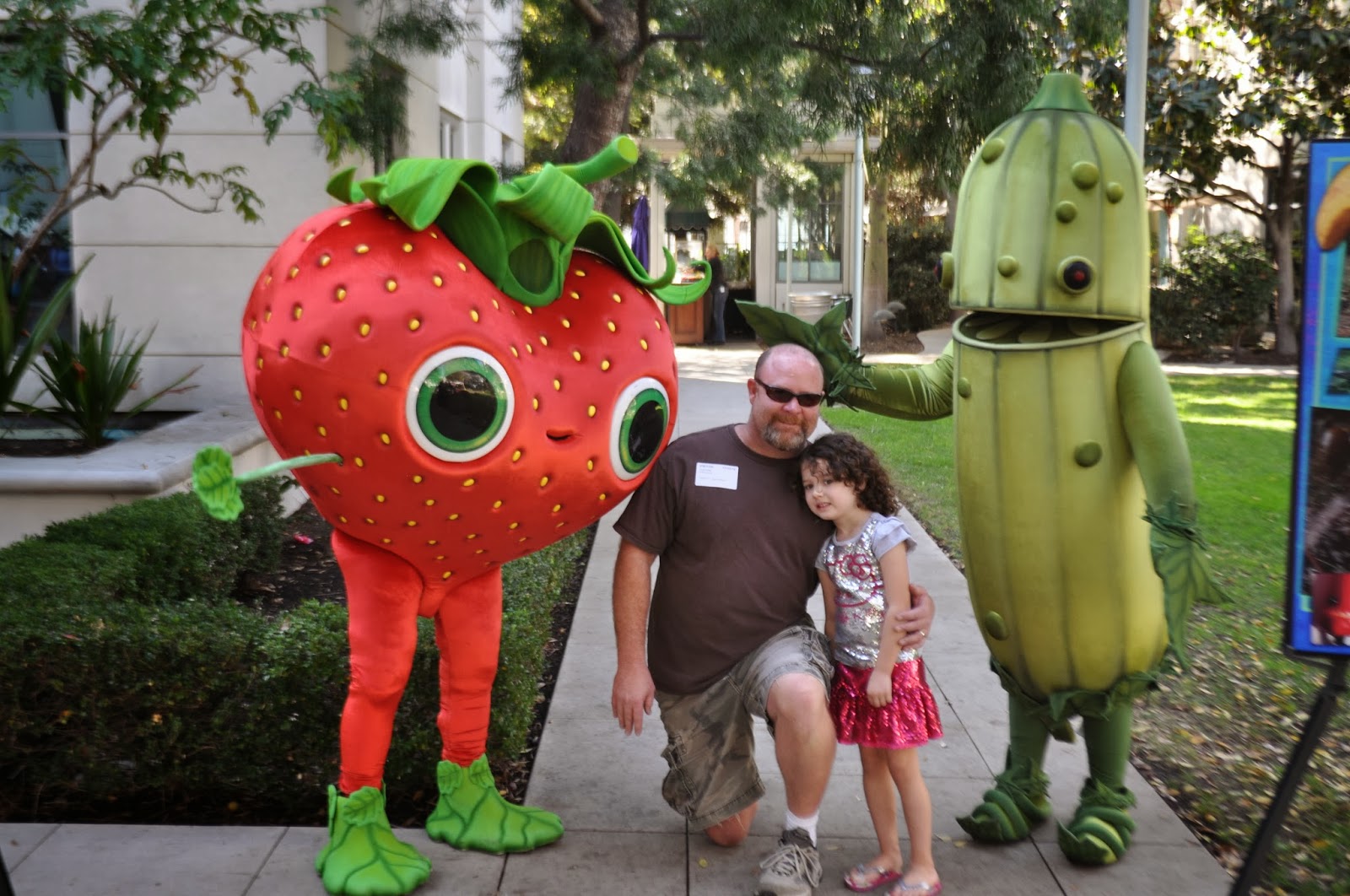 With the release of Cloudy With A Chance Of Meatballs 2 yesterday, my family and other media were invited to Sony Animation Pictures Studio for  a sneak preview of the bonus material that is found on the discs.
The bonus material included four short animated films that tied in with the film:  Super Manny, Earl Scouts, Steve's First Bath, and Attack of the 50-Foot Gummi Bear.  These shorts were made with a variety of computer-generated wraparound animation and hand-drawn animation directed by David Feiss. 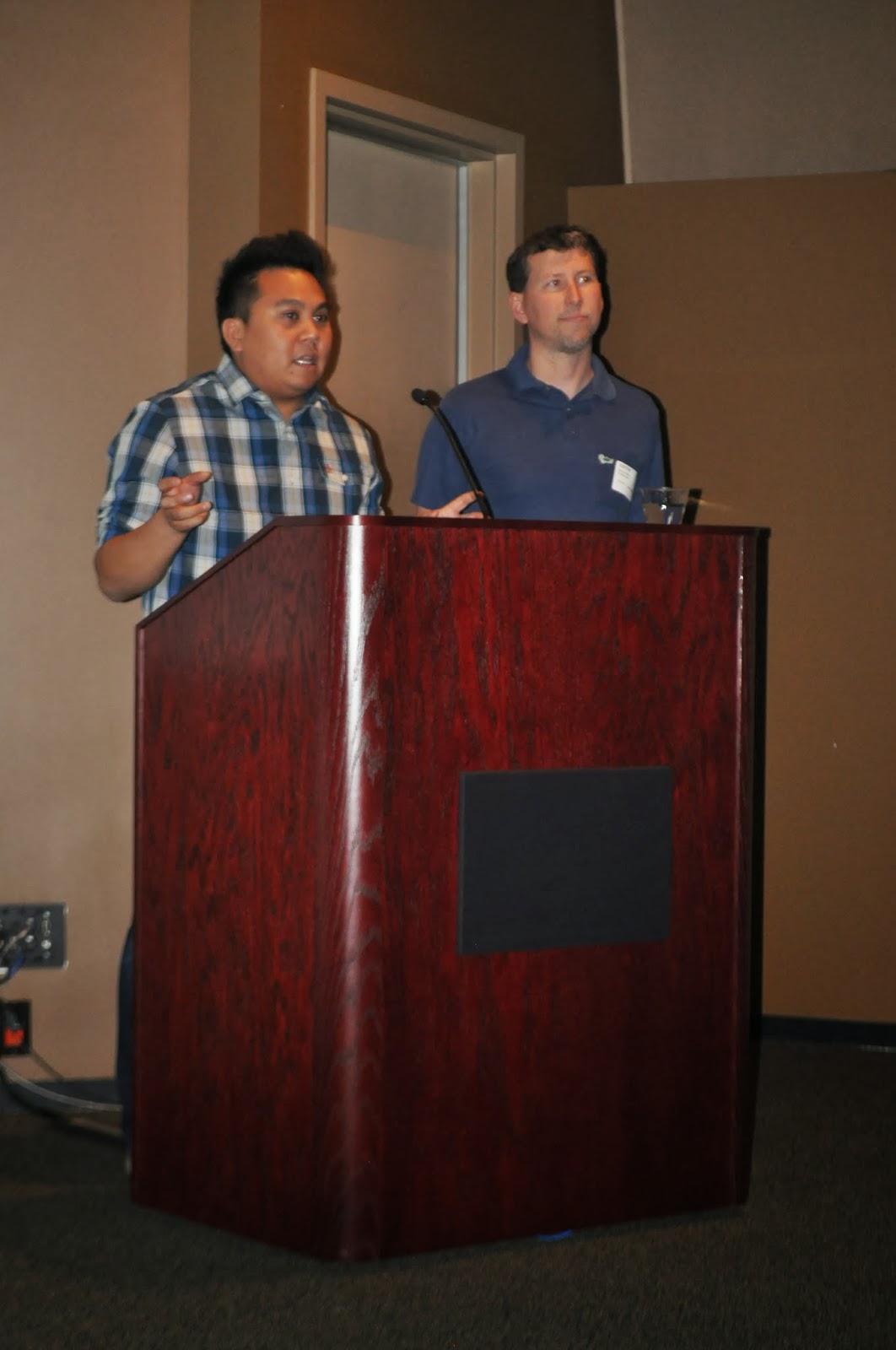 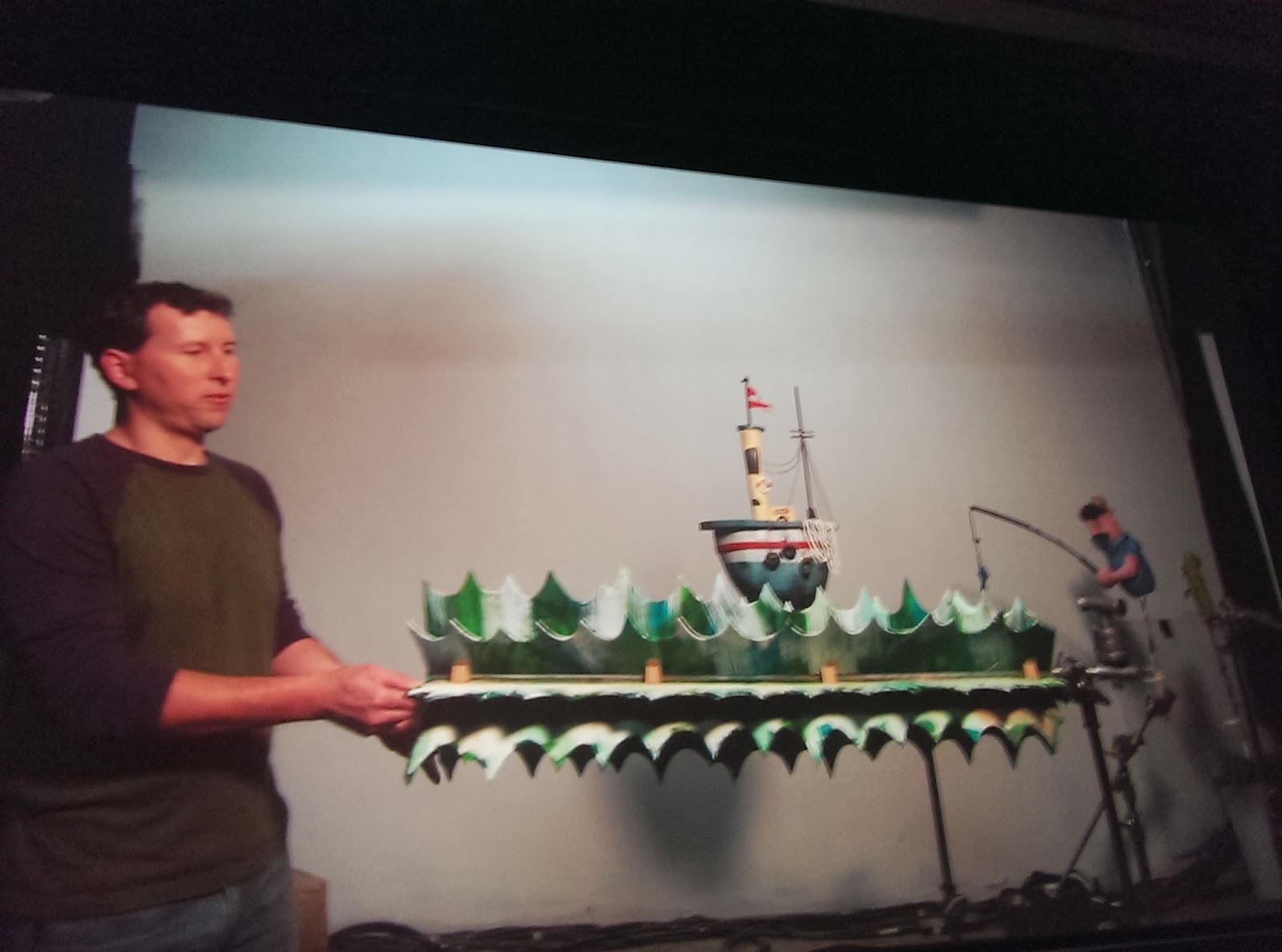 While we were treated to a meeting with the creators, the children were treated to creating "Foodimals".  Learning that they can eat healthy and have fun too!  Using their imaginations, the kids learned to create characters with their everyday food. 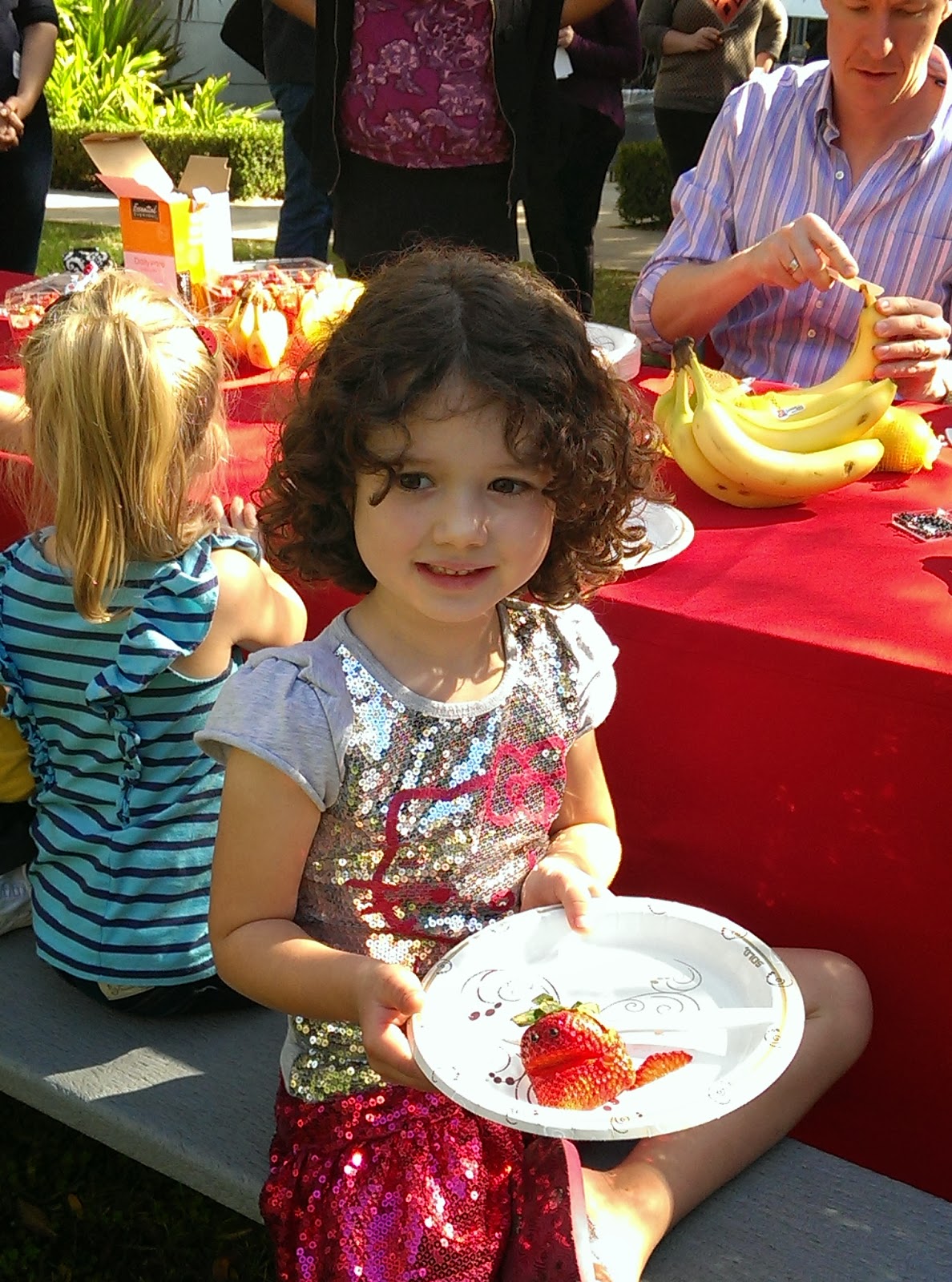 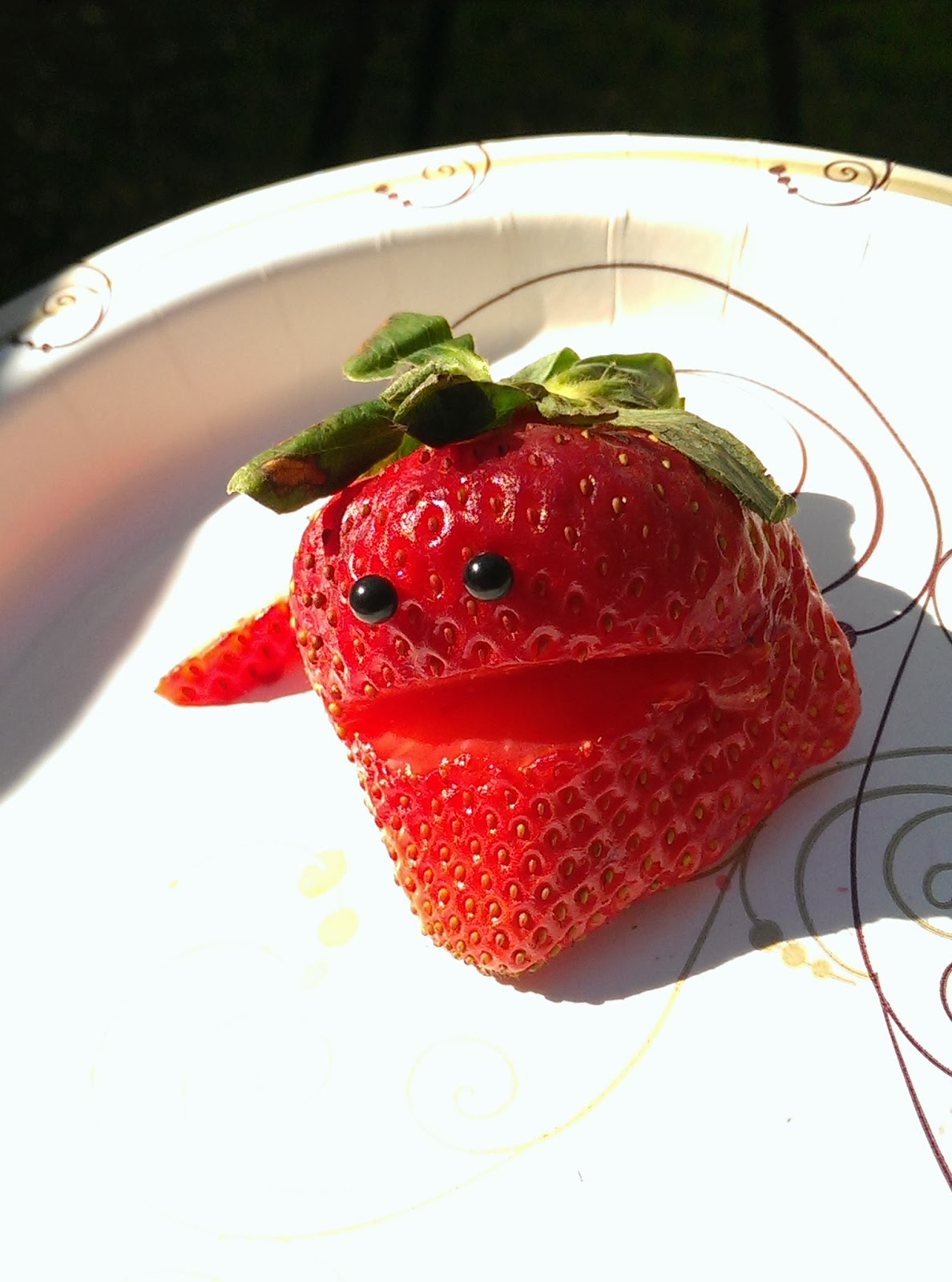 The kids were also taught the basics on how to draw characters from the movie. 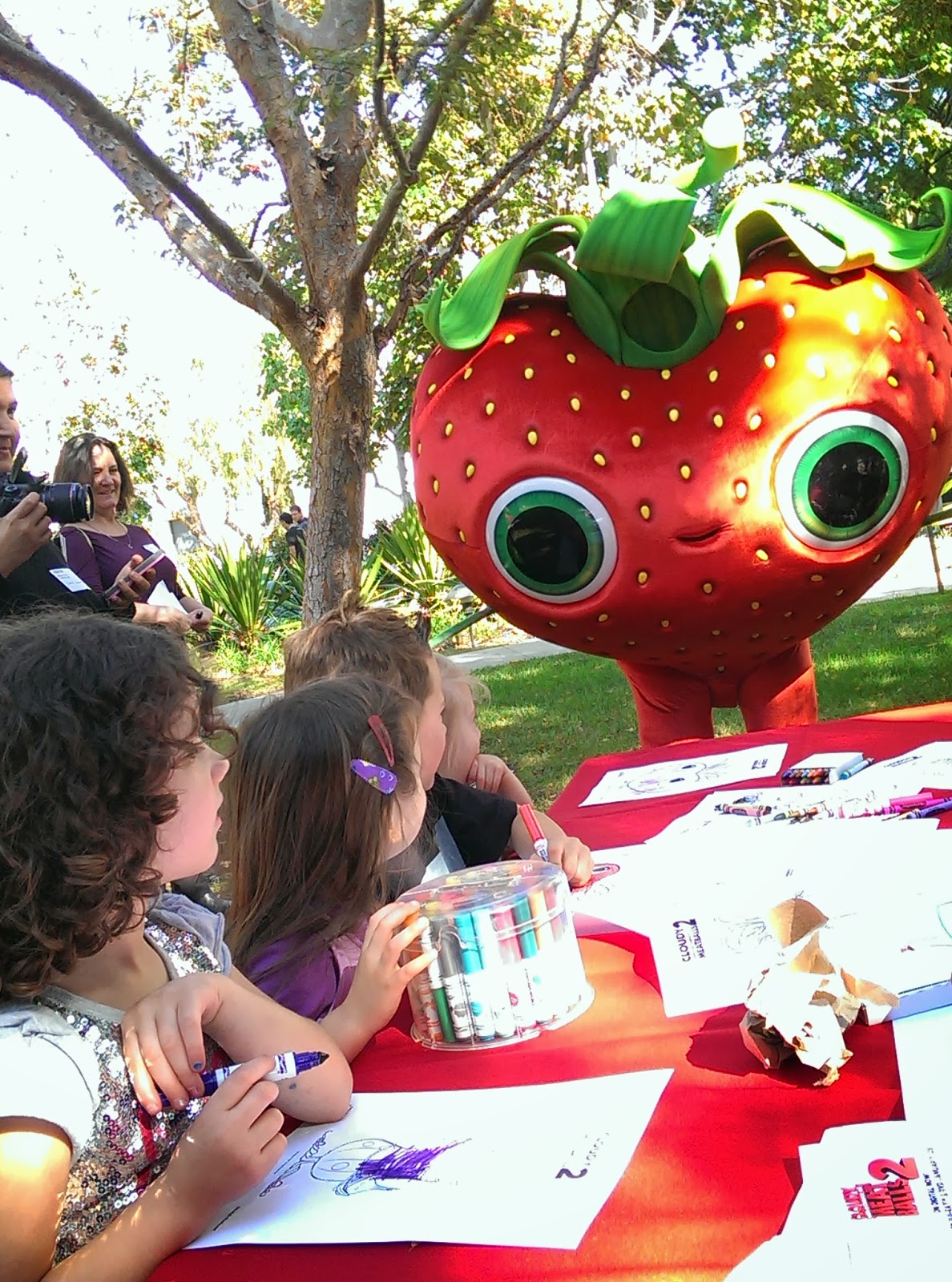 When we emerged from our meeting, we were given a lunch that we will not soon forget!  Spaghetti pizza, grilled PB&J, hip"potato"muses, and more. 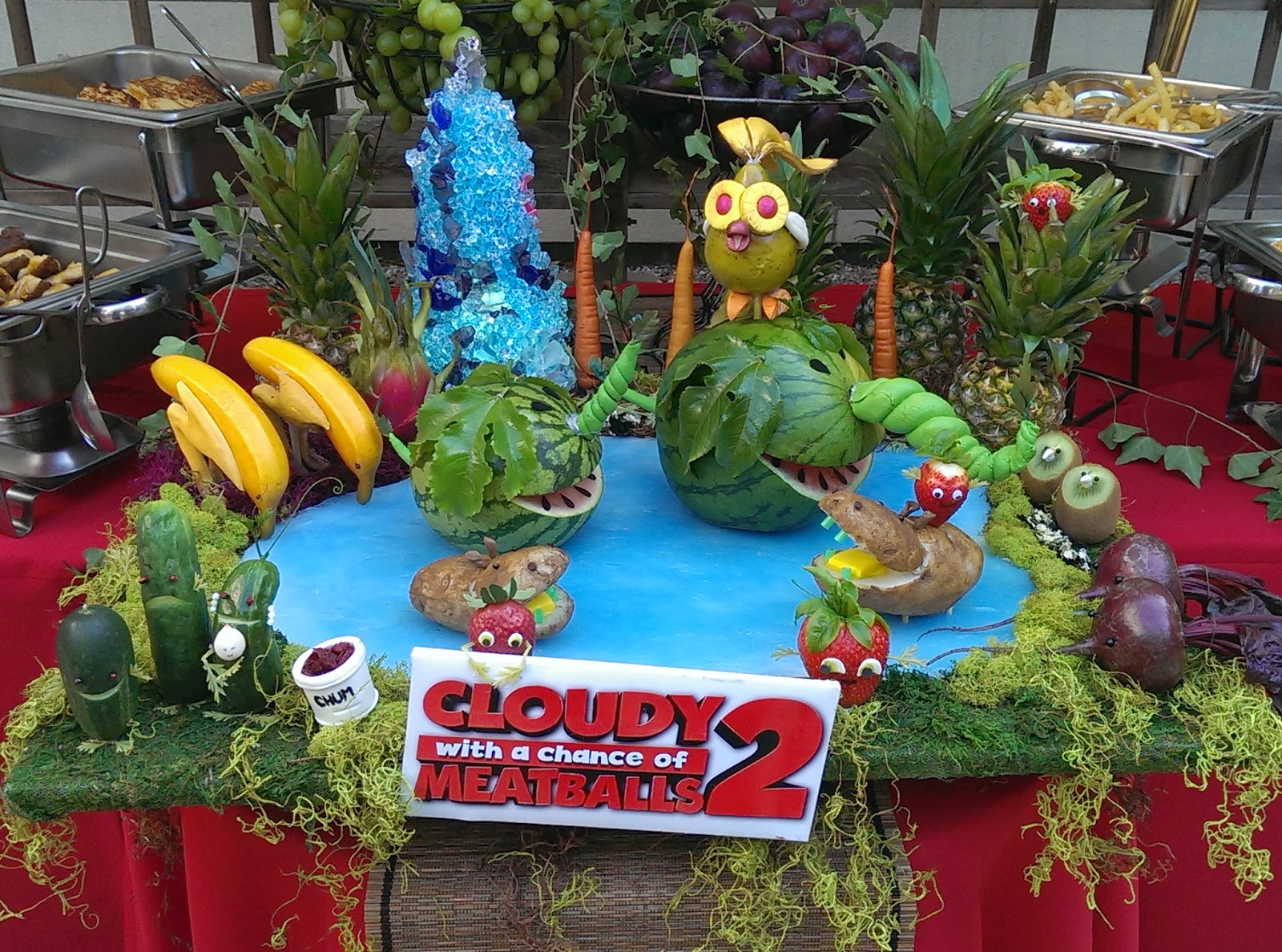 Such cute ideas for a Cloudy With A Chance Of Meatballs 2 themed birthday party!
We even had a special appearance from Barry and one of the Cucumbers! 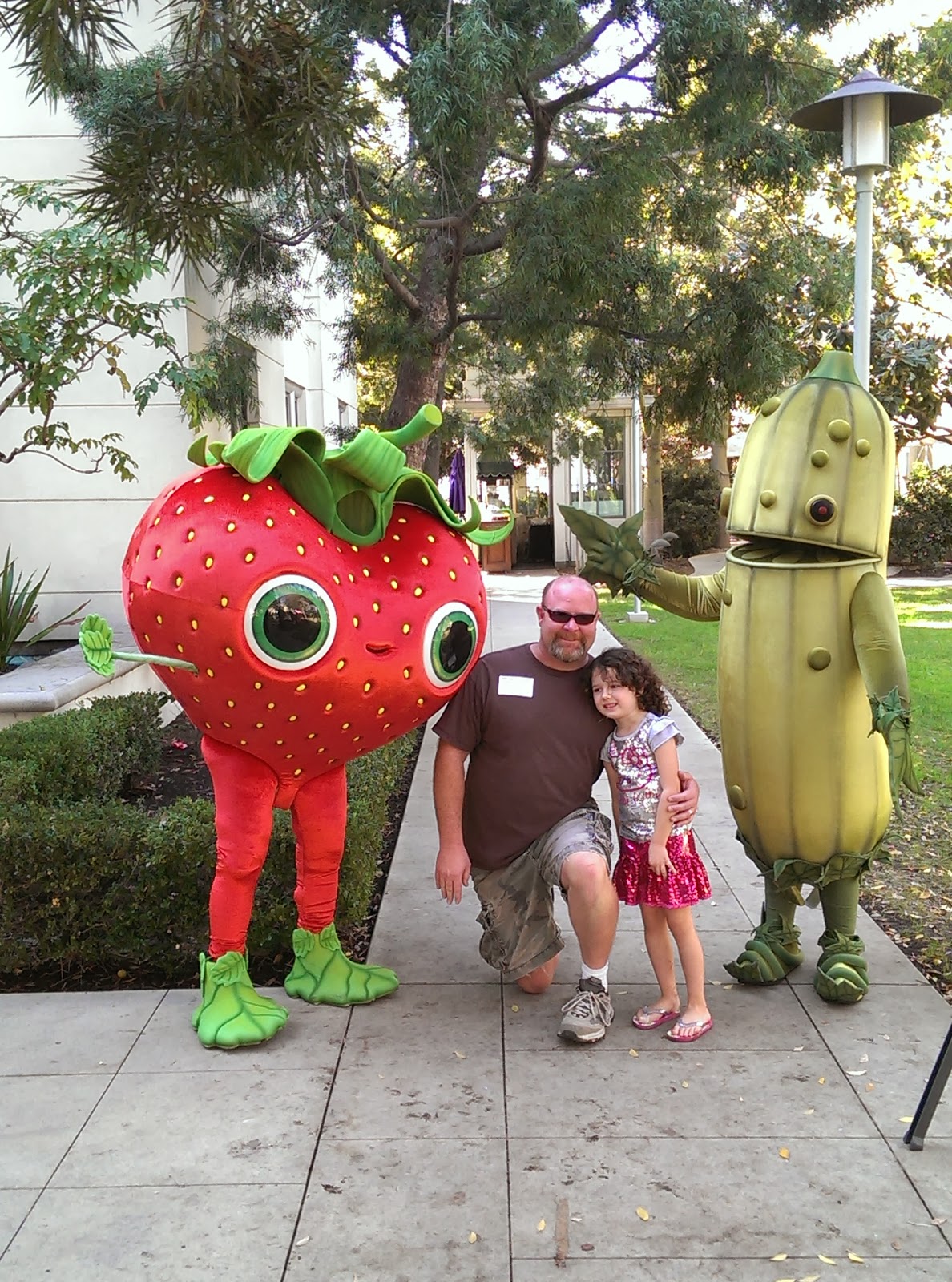 Additional to a yummy and healthy feast, we learned more about the process about how the movie came to fruition. There were 30 effects animators on Pete Traver's crew supervised by Theo Vandernoot and paired with the animation lead by Joesph Cavenaugh.  It was especially difficult for them as they created the movie in ways that you would only see in live action films.
"People think effects in an animated film can’t be that hard because it’s a cartoon, but what our crew did was really hard,” Travers says. “At the epicenter was fluid simulation. Cloudy 2 takes place in a big world, so the simulations had to vary. And, we couldn’t shortchange anything – we really had to run full simulations.”
I hadn't realized that while they were promoting the film, Sony Pictures Animation partnered with produce companies and gave over 200,000 pounds of produce to Feeding America, a non-profit that helps feed children and families in need.  I love when large organizations help out those less fortunate especially in the battle to get those in need, healthy food instead of the cheaper food.
We had fun at the studio learning about the intricate process of making a complicated movie such as Cloudy With A Chance Of Meatballs 2 and I  hope we get to visit again soon for their upcoming projects.
DISCLAIMER:  We were invited to a media day at Sony Animation Pictures Studio.  We were given lunch and swag in exchange for helping promote the movie.  All thoughts and ideas are my own.  Do not use any photo's without permission.