The Winter of the Whales? What Did We See? | @HarborBreezeC #WhaleWatching 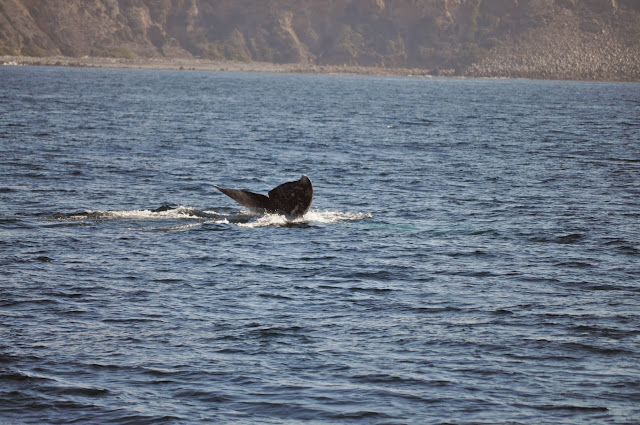 Gray Whale season has just started and something astounding has been occurring!  The whale watching boats have see a large variety of whales that are not common to this part of the year!

So far, in the last month, the boats have reported seeing Orca's, Fin whales, Humpback whales, a Sperm whale, and Blue whales!  This is incredible!  Usually this time of year, the Gray whales migrating from Alaska to give birth in the warm Mexican waters.  This trip takes about 3 months to complete each fall/winter.

When I got the call to see if myself and other media outlets would like to go on  a whale watching excursion on the Triumphant, I couldn't pass up the opportunity!   The Triumphant, which is the newest and fastest whale watching boat in California and it can bring us to see the whales and other sealife much quicker to enjoy them longer.

As we rounded the light house, we were greeted by a thousand Common and Pacific White-Sided Dolphins.  The boat was surrounded by splashes and we could see many families had young babies. Sooo cute! 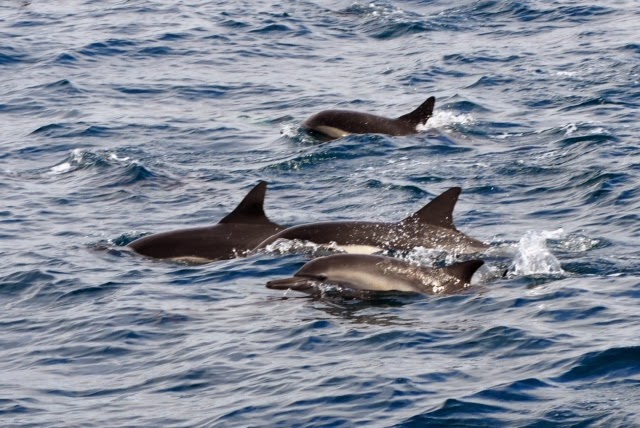 Seeing so many dolphin's pumped up our blood and got us excited on what we might see next.  Captain Dan (the Whale Man) informed us that there were two marine biologists on board that would let us know all about the marine life.

I lost count of how many dolphins we had seen as we came upon a colony of sea lions.  The unique way of floating together made it look like a school of sharks.  They stick their flippers in the air that makes them look like shark fins.  The sea lions do this to warm up their bodies by letting their flippers absorb the heat from the sunlight. 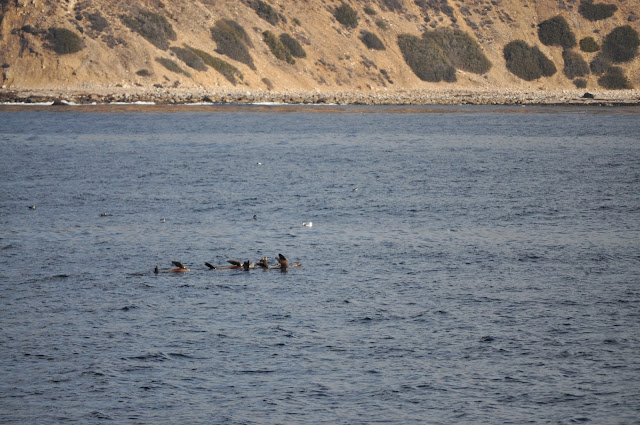 We were sticking close to the shore along the PV Peninsula towards Point Vicente.  We were told that the Gray whales round the point and there were a group of whale counting volunteers that count them as they pass by.  Last year they counted more than any other year in the 30 years that they have done the census.

As we went through another super-pod(thousands) of dolphins, we get the word of a whale spotted up ahead.  It was a young Gray whale probably making it's way down for it's first or second solo trip. 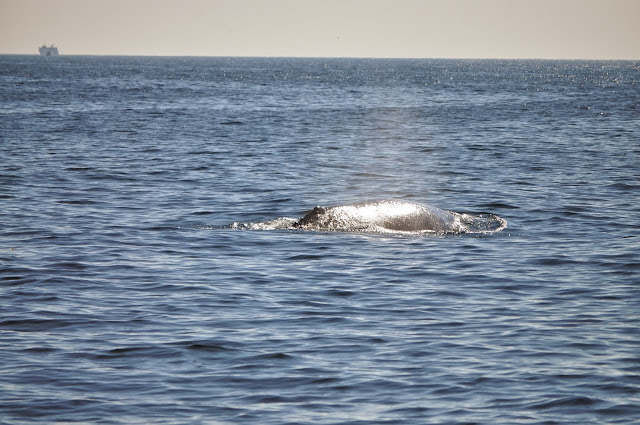 We followed the shy whale for about a half hour and continued on to find more.  It didn't take long to find another much larger Gray Whale right in front of Point Vicente. This whale was consistent in it's pattern and we had many chances to get photos. 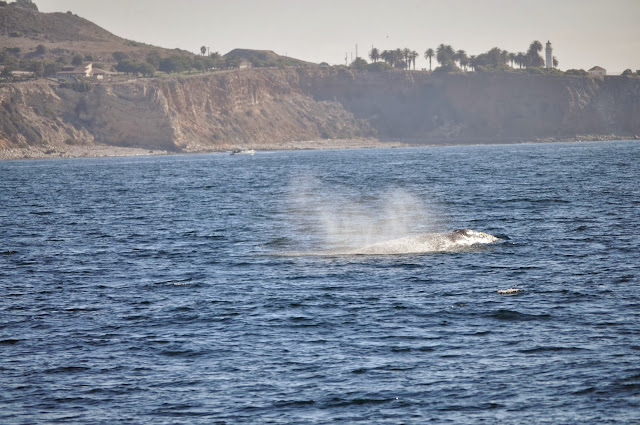 Soon it was time to start heading back to the harbor.  A few of the facts that I learned about the Gray whales included:
While we didn't see Orcas, Sperm whales, Fin whales, Humpbacks, or Blue Whales, we loved seeing the Gray whales, dolphins (who are toothed whales), sea lions and even a Mola Mola(sunfish).  I consider the day a great success!
Oh, on the very next boat out on the Triumphant, they spotted "Mango" the Sperm whale!  I wish I had been there!
Tips for whale-watching:
Every whale watching trip is different and I never get bored of seeing these majestic animals.  If you have not been out to see them, please bring your family for un-comparable memories. 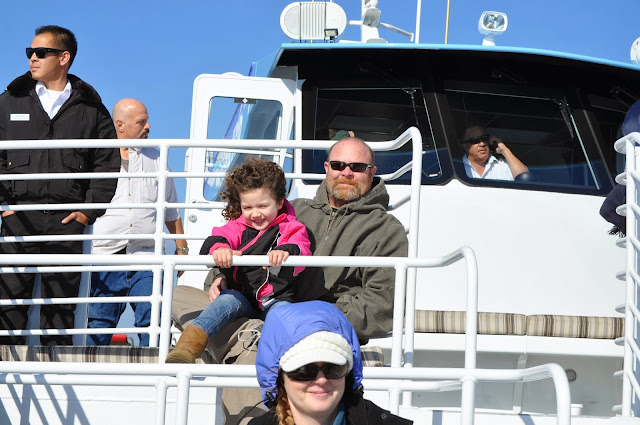 If you would like to make reservations, go to their website.
DISCLAIMER:  I received tickets for my family to attend a media whale watching trip.  All thoughts and ideas are my own.  Do not use any photos without permission.
Posted by Knotts Scary Farm 2019 at 7:00 AM