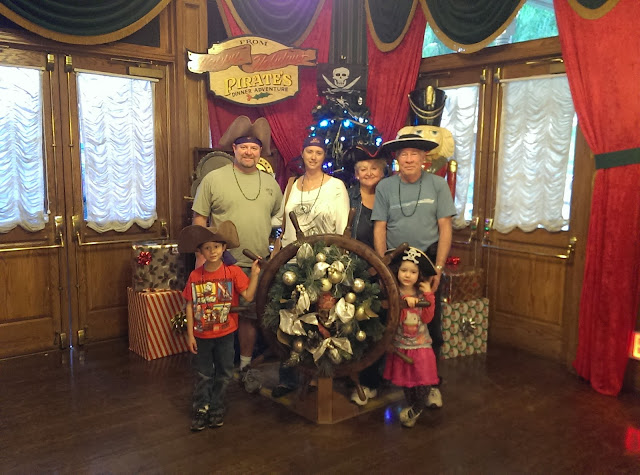 It is no secret that I love the ocean and everything that goes with it.  Did you know that I absolutely LOVE the romanticizing of pirates as well?  My family attends Pirate Faires on occasion and yes, we all dress up to get into the spirit of the event.  I guess I like the idea of dressing up and pirates can be sexy and fun!  The kids love the sword play and dressing up in general.

I had been wanting to take my family to Pirates: Dinner Adventure on Beach Blvd next to Knotts and Medieval Times for awhile.  It gets hard to squeeze new things in when we enjoy the old things so much.  I was approached by Pirates Dinner Adventure to come review their new holiday show and low and behold, I had a free night available.

We arrived an hour early because they let us know a head of time that free appetizers would be available until the show started.  Great!  I ordered myself a drink off the menu to get into the mood.  I chose the "Drunken Sailor" which was a Hurricane like drink.  VERY yummy! 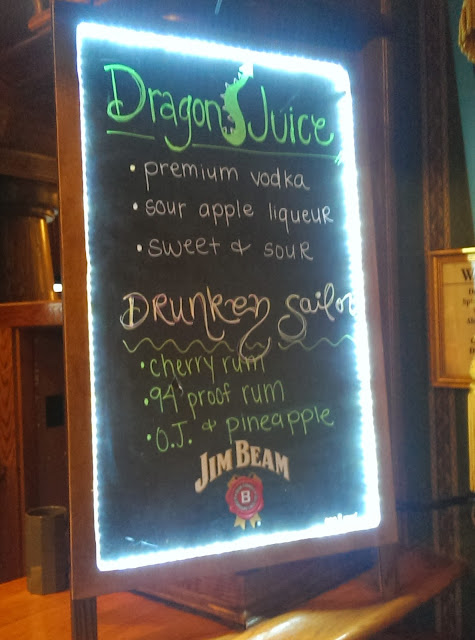 We checked out the gift stands and of course found several items that my children would LOVE.  Pirate Hello Kitty was my daughter's favorite. 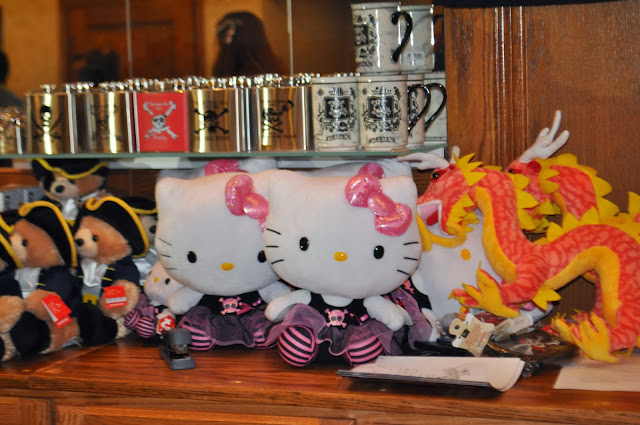 My son loves anything swords or guns so he kept his eye on the great selection of replica firearms/swords that they had for sale.   We settled for a plastic light up sword and a pirate princess bracelet that I also loved. 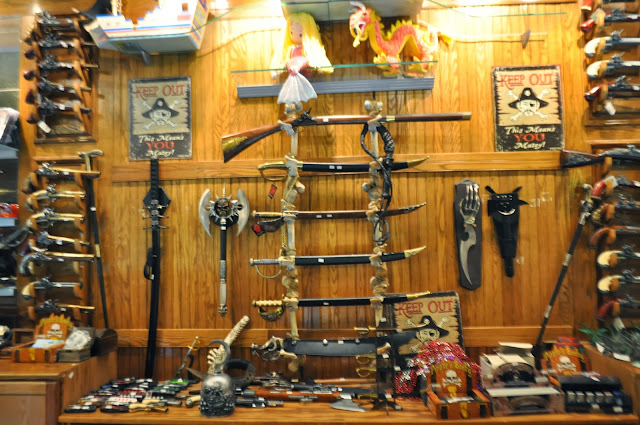 The show was about to start but where was the stage?  The lobby held a few surprises as the bar became a stage and the rigging above us became a upside down walkway. 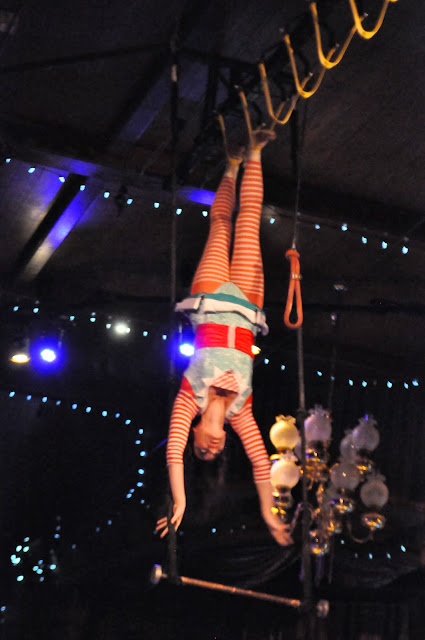 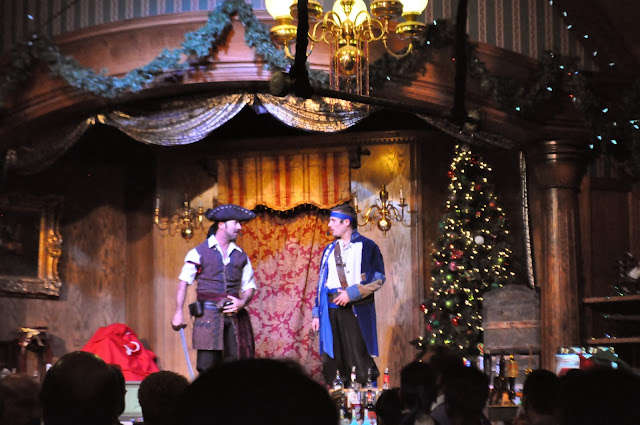 Cannons fired and we were captured by pirates!  These pirates had actually arrived to steal all of Santa Clauses gifts and he couldn't let any of us go since we had witnessed the crime.  We were broken up into different colored pirates and led away to their ship.

WOW!  The ship was awesome!  They had a full pirate ship that took up the whole middle of the arena that was surrounded by water. 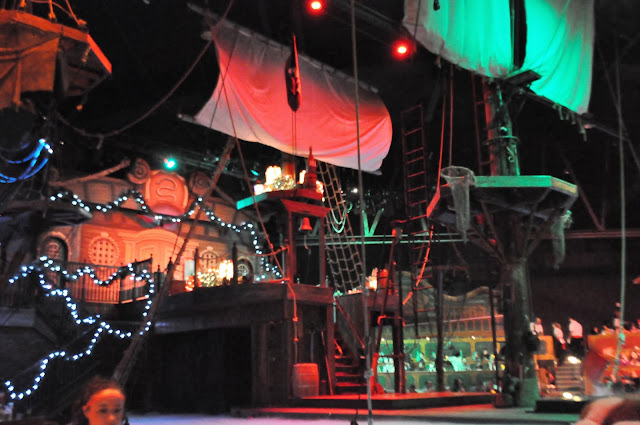 The rigging and planks surrounded us and were used by the crew through out the show.   I was asked by my pirate to help out in the show and wave our colors.  Of course, I agreed.

We had a choice of food,  we chose beef skewers and vegetable soup while the kids had chicken nuggets, salad and mashed potatoes.  Soda was brought in pitchers and refilled through out the show.  Dessert was a rich chocolate brownie with ice-cream on top. 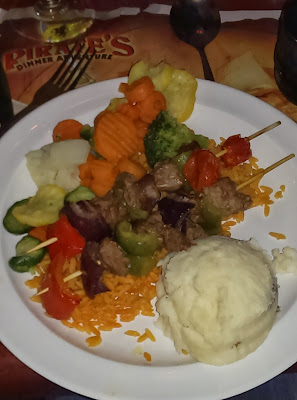 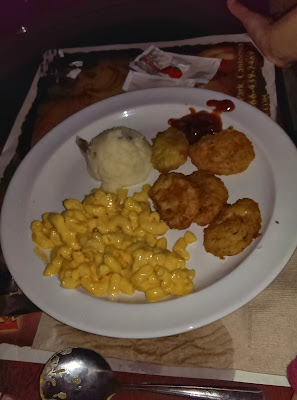 The crew that had kidnapped us were in hot water with their captain since he had no knowledge of them stealing Santa Claus.  He wasn't the heartless soul that everyone made pirates out to be.  With the support of his wife "Treasure"  he told the crew to release us/them. 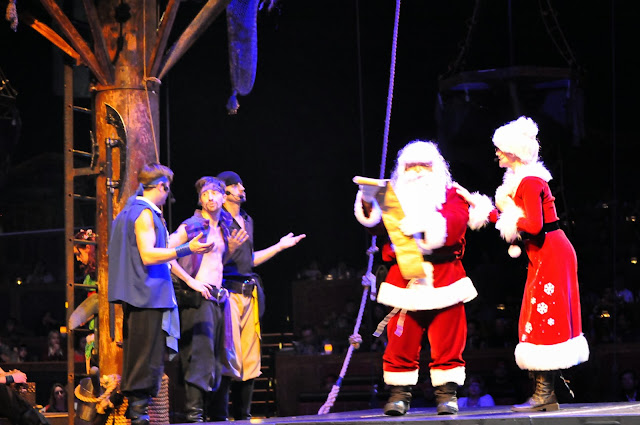 They were even made to make some of our children Honorary Pirates! 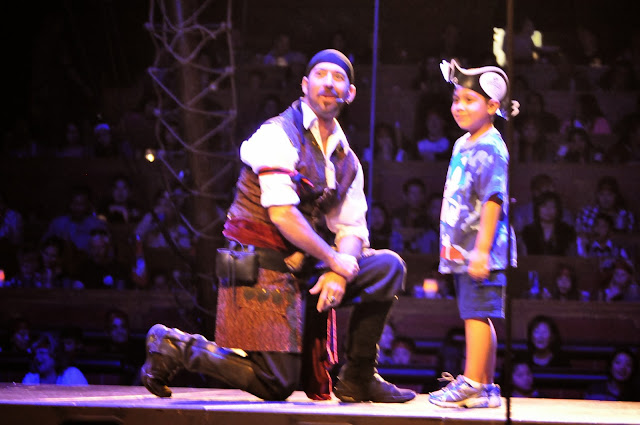 This didn't sit well with some of the crew and mutiny was at hand.  There were fierce sword fights, romantic arobatics, fist fights and daring games of skill.   The show was exciting, had great audience participation, a fun storyline, and yummy food and drinks! 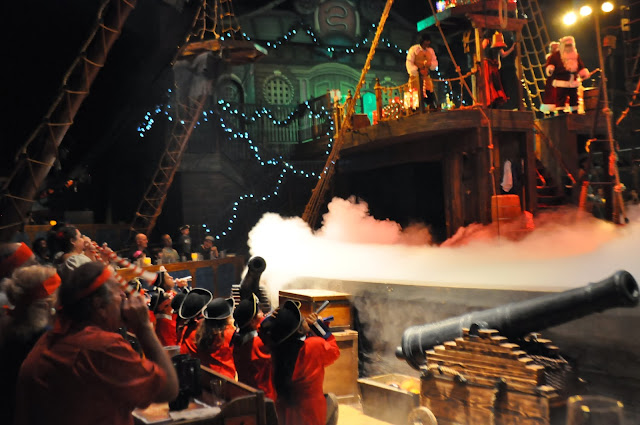 The show didn't disappoint us and we loved all the action!  I would recommend the show to any pirate lover or just someone that enjoys fun and entertainment.  For more pictures from the show, check them out on my Facebook page album.

WIN TICKETS TO PIRATES DINNER ADVENTURE!!!!
a Rafflecopter giveaway
Pirates Dinner Adventure
7600 Beach Boulevard
Buena Park, CA 90620
866-439-2469
DISCLAIMER:  My family received tickets for the purpose of this review.  All thoughts and ideas are my own.  Do not use any photos without permission.