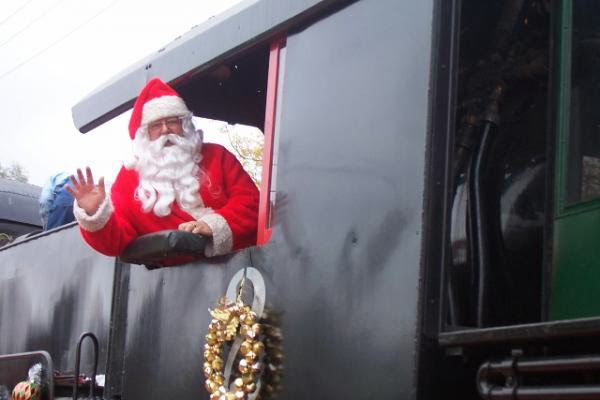 From the railway museum that brought you Thomas, the Orange Empire Railway Museum is celebrating another favorite. Santa! Take a magical evening ride to Santa's Workshop on December 14, 15, 21 and 22! Fun for the whole family, you can enjoy stories and join elves in singing Christmas carols. Children can write and mail out letters to Santa. The train ride takes its passengers to Santa's Workshop where children can decorate cookies, build a toy train car and play with Thomas the Train tables. Enjoy hot chocolate, treats and much more.

I recommend making your reservations as early as you can to assure your seats as they fill up fast!

About the Orange Empire Railway Museum:

The Orange Empire Railway Museum is an all-volunteer organization that has been preserving Southern California's railway history since 1956. The museum's mission is to educate the public on the technology, history, and impact of the rail transportation industry in the West. Over 200 rail cars and locomotives, ranging from Los Angeles street cars to modern diesel locomotives, are preserved at the museum's 100-acre site in Perris, California, which is open 363 days of the year.
Orange Empire Railway Museum
2201 S A St, Perris
CA 92570
(951) 943-3020
DISCLAIMER: This is not a sponsored post. This post is for informational purposes only. All photos are used with permission through the Orange Empire Railway Museum.
Posted by Knotts Scary Farm 2019 at 6:30 AM