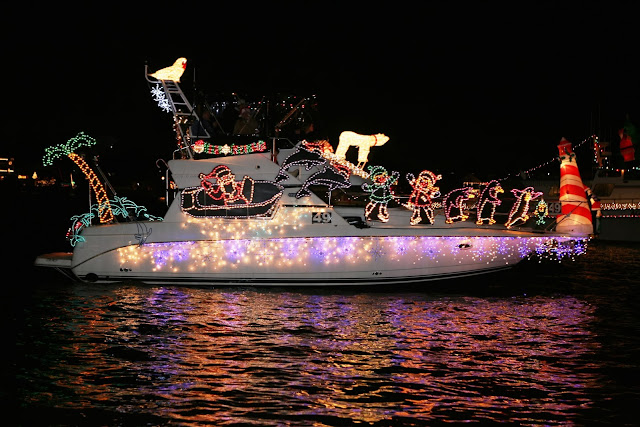 Newport Beach Christmas Boat Parade
When: December 18-22, 2013. The parade starts off Bay Island at 6:30 pm and finishes at the same site at approximately 9:00 pm. There is an opening night fireworks show on December 188 at 6:20 pm.
Check the Route Map for the day you will attend.

Free Viewing Locations:
Paid Viewing Locations:
Info: www.christmasboatparade.com, (949) 729-4400
For years, my family participated in the annual LA Harbor Afloat Parade and Newport Beach Boat Parade.  While my family does not own boats anymore, it is still a cherished tradition that I have passed onto my own children.  It is a great excuse to bundle up the children in warm clothing, grab a couple thermos' of hot cocoa, pack the chairs, and head to the harbor for the magical boat parades.  It is similar to going around the neighborhood looking at lights but instead the lights come to you!
Each boat is decorated in the years theme to vie for prizes in the various contest categories.  Some enter the contests and some just enjoy a wonderful night out on the water with as many lights as they can fit on their vessel.
With music blaring Christmas Carols and well wishers yelling Merry Christmas, it is the perfect activity to put your family in the holiday mood. 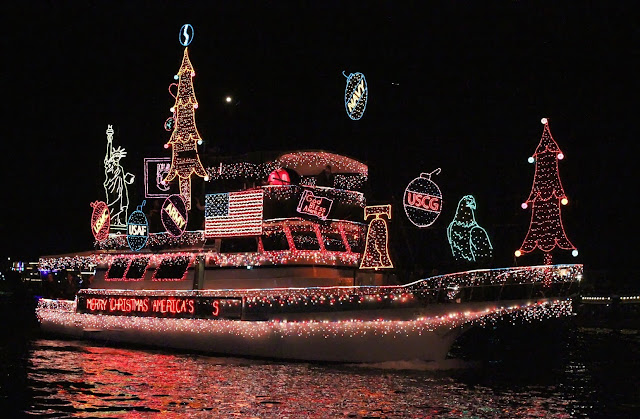