Disney On Ice: Rockin Ever Afer, My View | @DisneyOnIce #RockinEverAfter 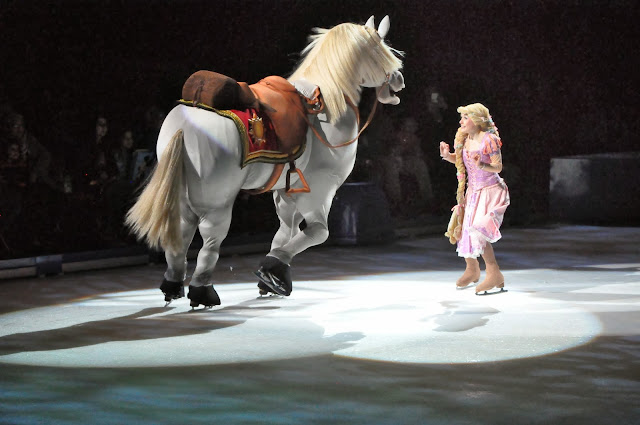 This week my family got to go to Disney On Ice for the first time.  As a hockey playing, ice-skating family, we were in our element.  Seeing our favorite Disney characters as graceful ice-dancers, couldn't make it much better.
This year, Brave, my favorite out of the recent Disney movies, was added to the lineup and I couldn't wait to see what they did with the characters on ice.  What heritage are they going to add to the story?  We would have to see.
The show started out in a Disney's Got Talent search with Mickey, Minnie, Donald and Goofy as the hosts.  Pinocchio was the first on stage.  While he was fun to watch, telling lies always gets the better of him! 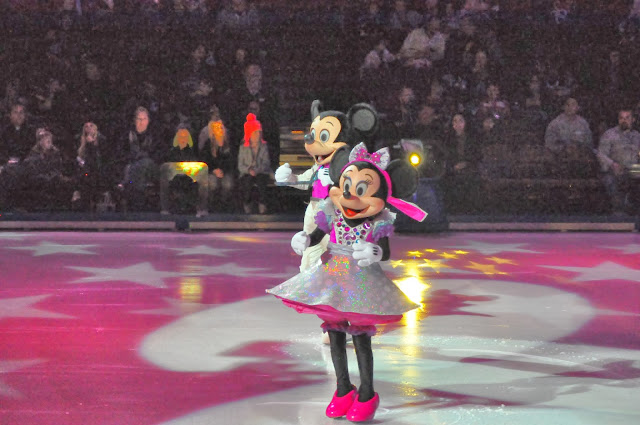 Following Pinocchio, Cinderellas step-sisters tried to convince the panel that they had talent...  somewhere. 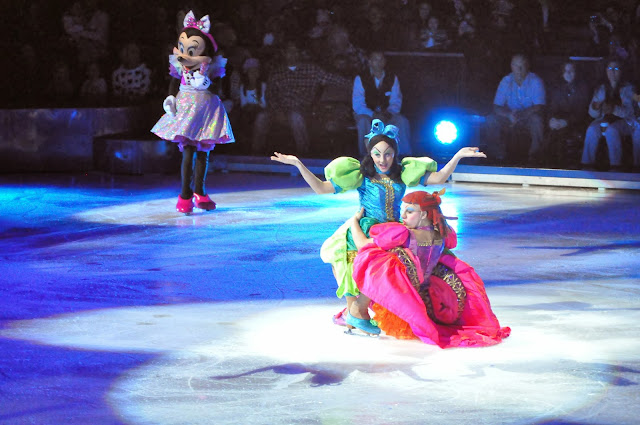 The Little Mermaid followed and blew the sisters out of the water with Ariels singing and acrobatics that included aerial feats.   I loved how they incorporated the main parts of the movie and made the water come to life. 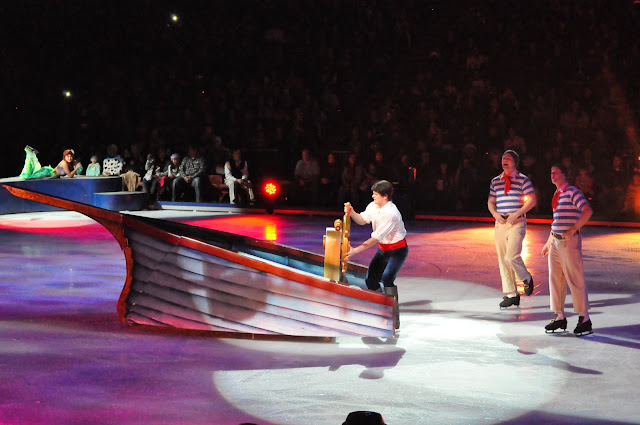 Rapunzel, Flynn Ryder and friends joined the stage next with their "I've Got A Dream" sequence followed  by a hilarious scene with Maximus.  I love that frying pan! 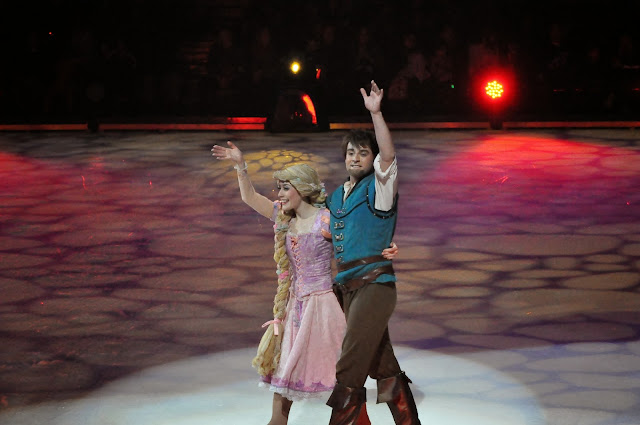 The time had come for Merida of Brave to show off how a princess really acts.  The Irish dancing on ice was  something I had never imagined.  The fireworks that accompany Merida was a favorite with my kids. 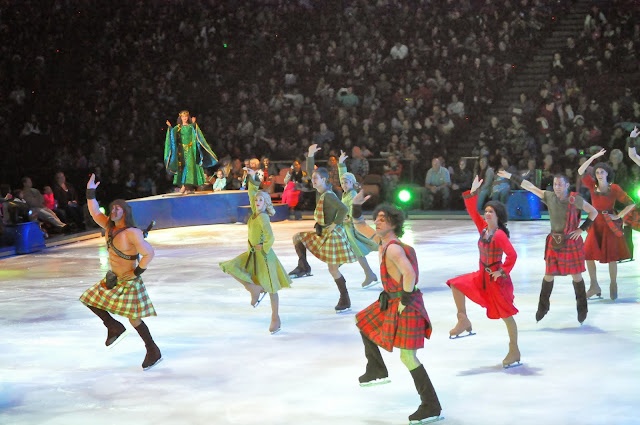 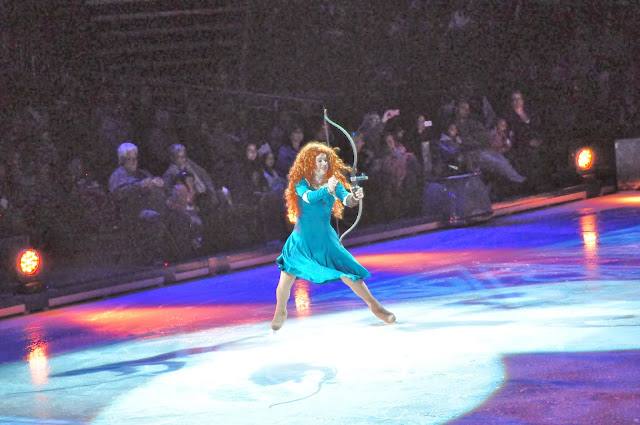 Belle and Beast showed us that love conquers all, even death.  They learned to love and the spell was broken.  What is in the inside counts more than the outside. 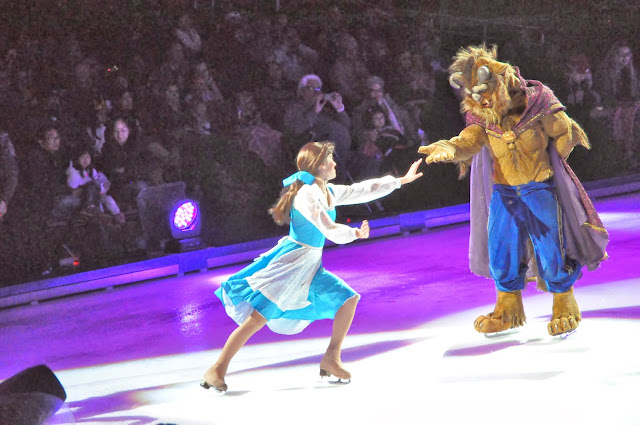 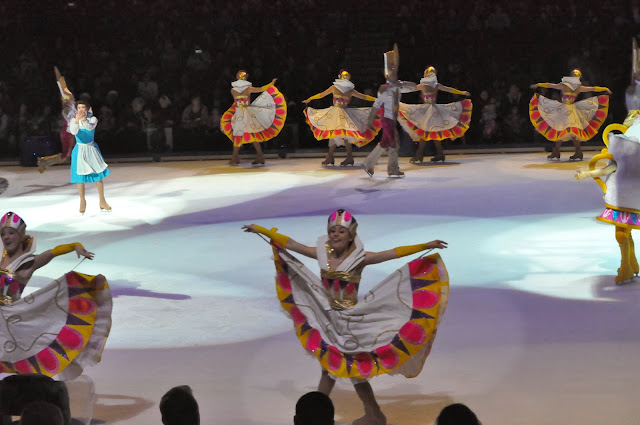 My family really enjoyed this show and we can't wait to see the next one!  The graceful dancers and familiar story lines kept the children and adults glued to the ice.  Even though we were relatively close to the ice, it was not cold.  The costumes were especially colorful and showcased the dancers perfectly.
I highly recommend the show to anyone that loves Disney.  Dancing on ice takes a talent that goes beyond the regular figure skating and now my kids look forward to the Olympic skaters even more.
To see more photos from the show, please check out my album on Facebook.
DISCLAIMER:  I was given tickets to Disney On Ice:  Rockin Ever After for the purpose of this review.  All thoughts and ideas are my own.  Do not use any pictures without permission.
Posted by Knotts Scary Farm 2019 at 6:30 AM