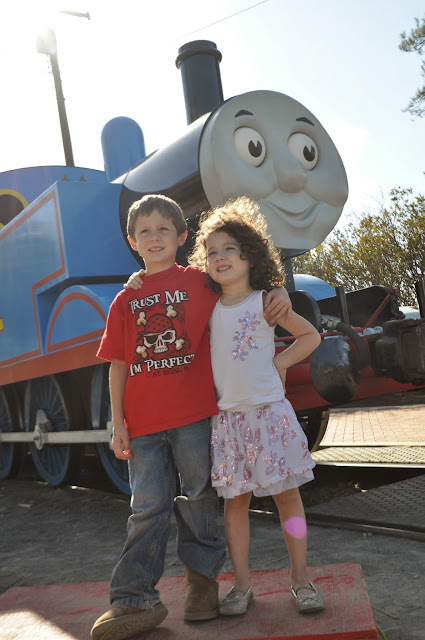 If you have a little boy in the house, there is a good chance that you know who Thomas the Train is!  There is something about little boys and trains!
The Orange Empire Railway Museum understands and encourages this love to turn into a lifetime of locamotive love.   Once a year, the Orange Empire Railway Museum invites Thomas the Train to visit for a couple weekends to put wonder and amazement into our children's hearts.  Children have seen characters at the local theme parks that they see on tv but really, beside the T.V. and their train tables at home, there is something missing when it comes to Thomas.

My little boy, now the ripe age of 6, claims that he is getting too big for Thomas the Train yet sneaks his train tracks out when he thinks that no-one is watching.  I had not told my children where we were invited to last weekend and I was slightly apprehensive that my son would think that it was something "babies" liked.
I had NO worries!  My children were puzzled as we drove through farmland and then they saw a train.  "Ooh! A train Mom!"  Then we crossed over some tracks.  The kids eyes were glued to the parked trains that littered the area across the fence.
Then it hit them.  "Were we going on a train?"  "Yes, yes you are", I replied.  Their excitement built and they were no longer walking but bouncing as we entered the Museum area.  They still had no idea WHICH train they would be riding on.  And then around the bend came a long train going backwards towards us.  While they were excited to see a train up close, it wasn't until the locamotive with Thomas on the front, did they actually squeal and dance in place.  "No way! It's THOMAS!"
We gathered up our items and headed towards the train depot where we boarded the real live Thomas.  The inside was decorated, getting ready for the holidays and it put everyone in a great mood.  The ride alone only took about 15-20 minutes but it will be a memory my children will hold for the rest of their lives.
We hopped off Thomas to check out the Scavenger Hunt that was given to us with our tickets.  Their were 5 stations that we had to find and get our papers stamped.
·         Meeting Sir Topham Hatt
·         Thomas & Friends Storytelling and Video Viewing
·         Thomas & Friends Playtables
·         Thomas & Friends Souvenir Shop
·         Temporary Tattoos of  Friends
Besides the wonderful Thomas the Train ride and Scavenger Hunt, the Orange Empire Railway Museum shows the wonderful heritage of the Locomotive.  There were many examples of real trains and trolley's that you could see and some even get on! 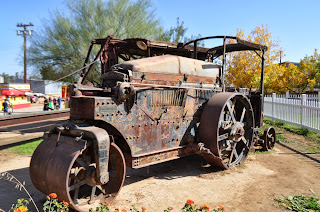 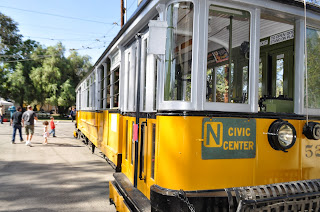 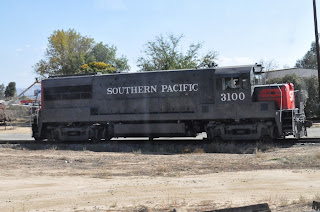 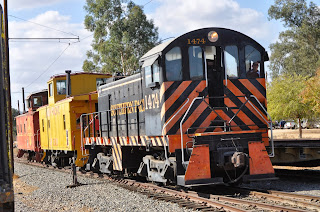 Inside the large barn, stood large miniature train tables where artists and train enthusiasts display and teach the craft of miniature trains.  You got the feel of how Sodor came to life using miniatures. 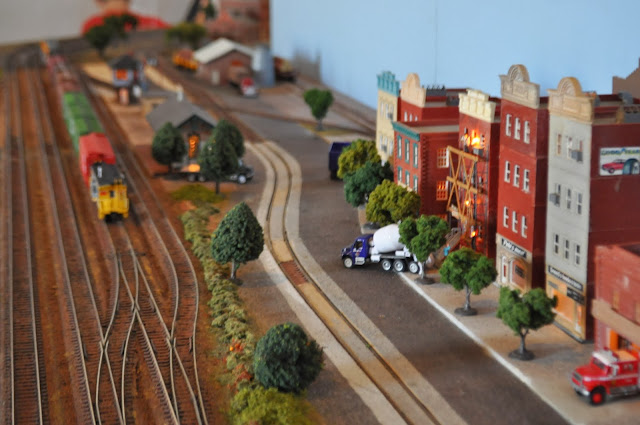 My son loved meeting Sir Topham Hatt although my daughter wasn't quite so sure about him. 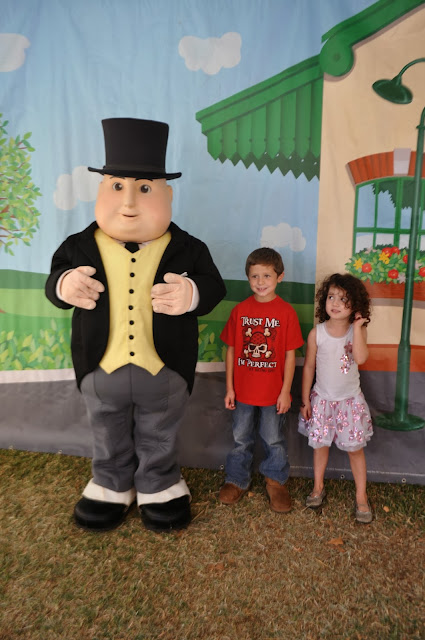 Besides the history, there were plenty of things for the kids to do to burn off the endless energy that is childhood.  There were bounce-houses, live music, fresh food, maze, and activity tables perfect for busy little fingers and toes. 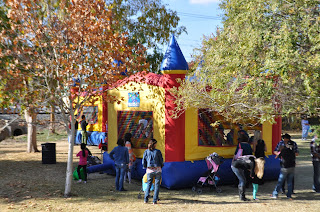 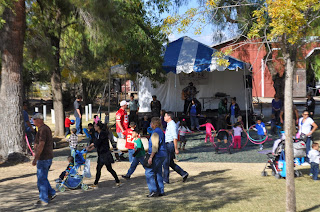 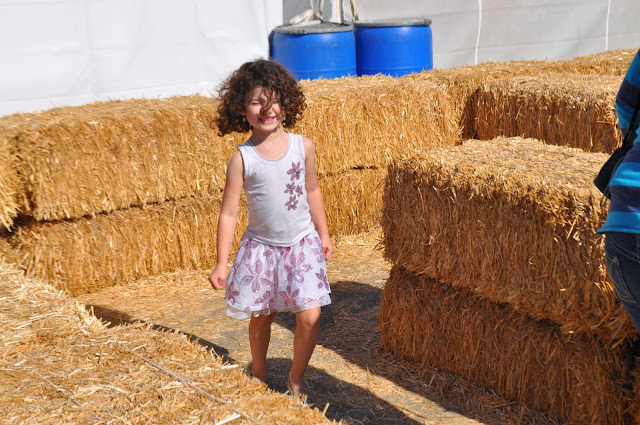 It was funny how even though my son had previously thought he was too old for Thomas the Train, all four of us were delighted with all of the trains, exhibits, activities, and food that made up the Day Out With Thomas weekends so special.  My husband and I were almost as excited to see the trains as the kids.  While it seemed that most children there were under 8, I believe that given the chance to relive younger memories, children(and adults) will enjoy Thomas the Train and all the trains that make the Orange Empire Railway Museum such a unique and wonderful place to visit.
ORANGE EMPIRE RAILWAY MUSEUM
2201 S. "A" Street
Perris, CA 92570
Phone: (951) 943-3020 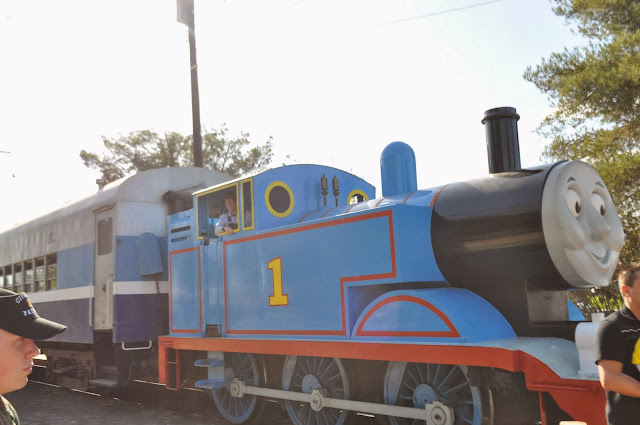 DISCLAIMER:  I was given tickets for my family to enjoy a Day Out With Thomas.  All thoughts and ideas are my own.  Do not use any pictures without permission.
Posted by Knotts Scary Farm 2019 at 6:30 AM