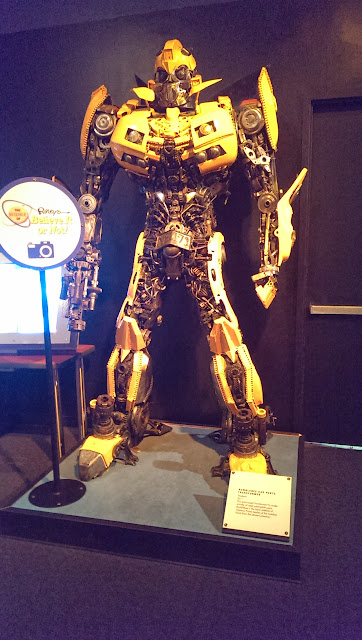 Ripley's Believe it or Not traveling exhibit brings back many memories as a child watching the fascinating oddities of Earth coming to life on my TV.   My children have never had the wonder of seeing the freaky and fascinating world that is not the normal.

Robert Ripley spent his life collecting natural oddities that fascinated him and the world.  Discovery Science Center has taken his life's works and explained the science behind many of the fascinating stories.

My children didn't know what to expect when I brought them to the Discovery Science Center.  They had been there to check out the great dinosaur exhibit but they had never heard of Robert Ripley.  I can guarantee that my 4 and 6 year old probably won't remember his name but they will remember the incredibly fun interactive things they experienced.

Some of our favorite exhibits that we saw on a special media preview last week included: 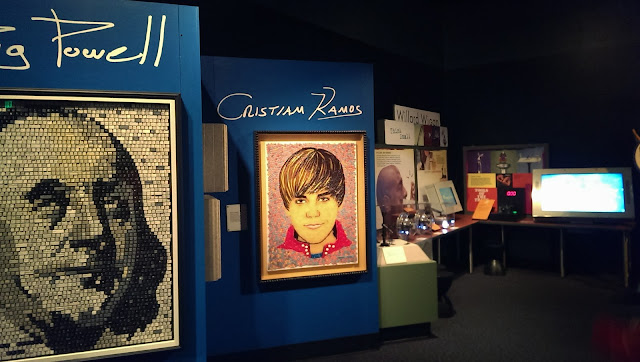 The artwork was amazing! All made of everyday items! Toast, Keyboard keys and candy. 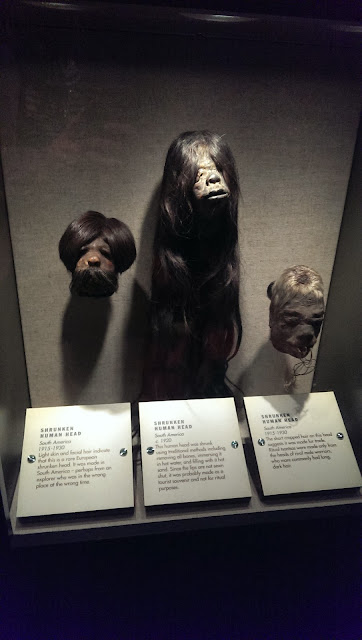 Shrunken heads are a little creepy but cool!  They take the bones out and sew the skin back together smaller! 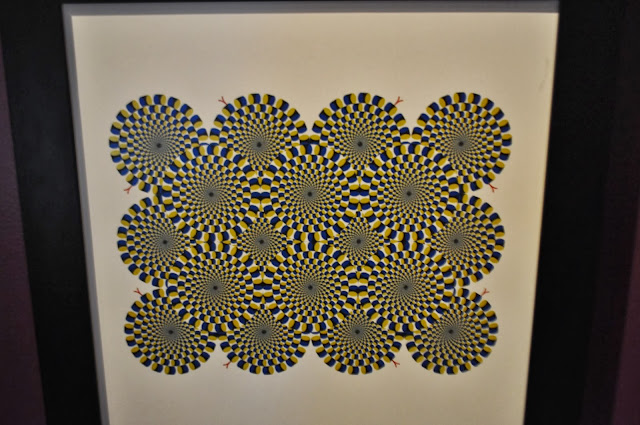 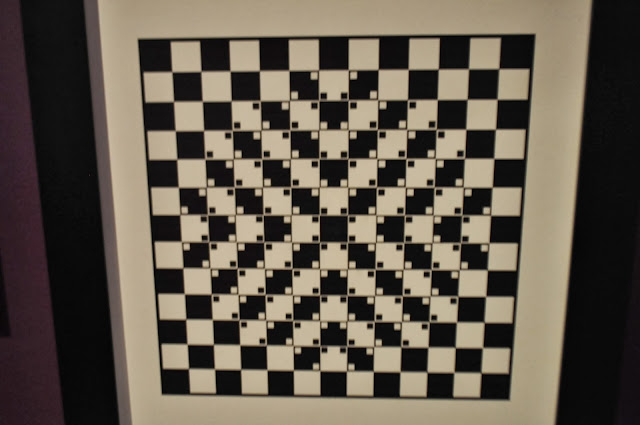 Are you dizzy yet?  These optical illusions were just a few that turned 2D into 3D. 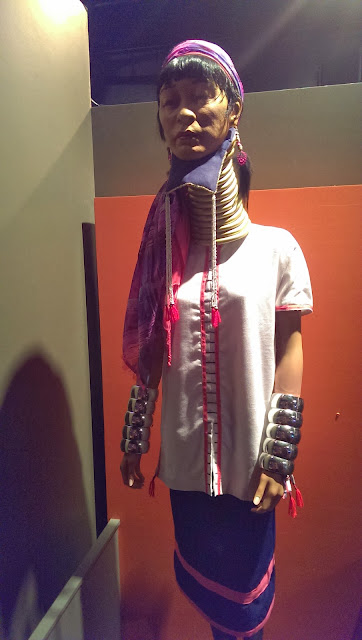 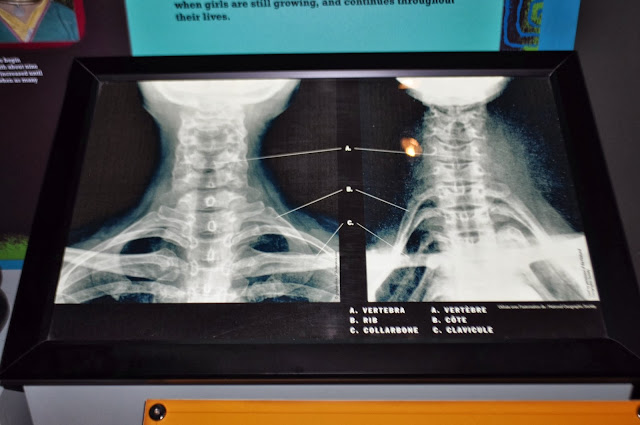 This gave me a neck ache just looking at it!  Women in Kayan elongate their necks to make themselves more beautiful! 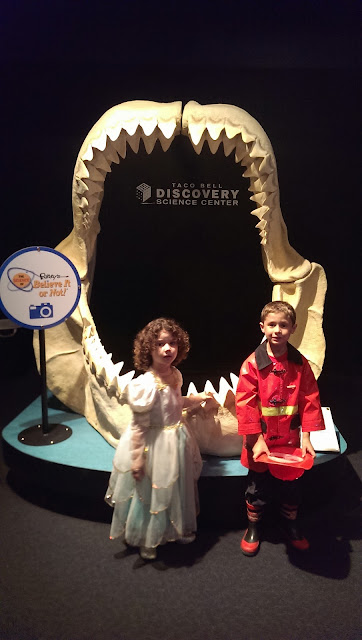 The Megladon was HUGE! It could have eaten all of us! 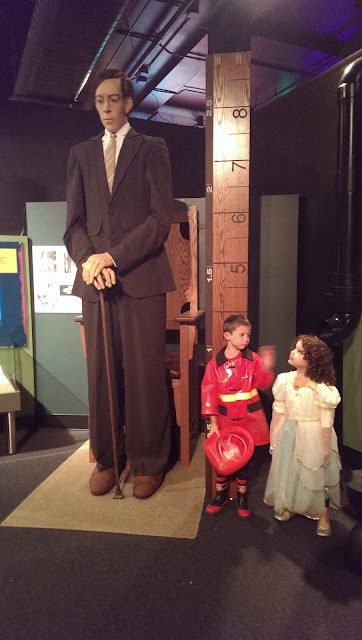 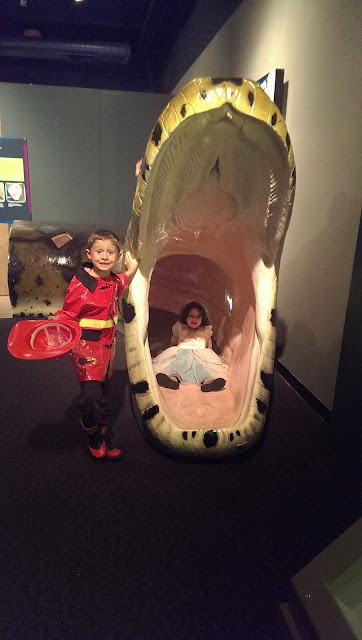 Titanoboa was a hit as the kids crawled through this life sized snake!

There are so many great examples in the Ripley's Believe it or Not exhibit, too many to show in one post.  To see more of the creepy and fascinating items, check out my photo album on Google +.
Discovery Science Center
2500 N. Main Street
Santa Ana, CA 92705
Ticket Information
DISCLAIMER:  I was invited to a special media night to review the new Discovery Science Center's new exhibits.  All thoughts and ideas are my own.  Do not use any pictures without permission.