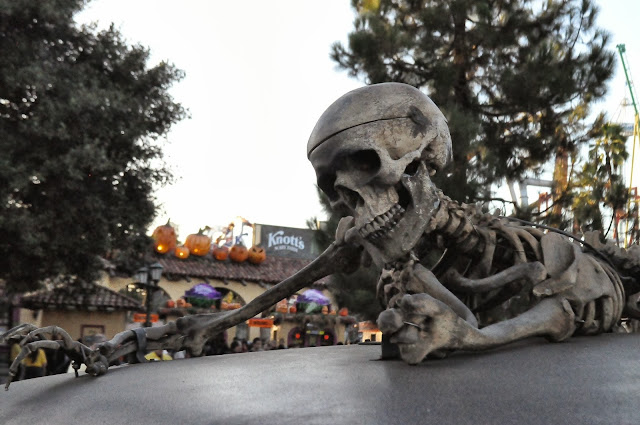 I grew up watching horror films with my father.  It was one of our bonding activities.  I think I was the only 10 year old who's favorite movie was "My Bloody Valentine"!

As I grew older, I continued my love of horror flicks and the cheesier they were, the more I loved them!  Why is it that if they hear a noise upstairs that they ALWAYS had to investigate?  Really? It also never failed that the heroine would fall as she ran away.  Oh well... one more down.

As a teenager, I was introduced to Knotts Scary Farm and found my new passion for being scared!  I loved not knowing who or what was going to jump out at you and what was even more fun was that they brought many of the horror films to life within their mazes and characters!

Elvira was a favorite host on TV in the 80's and of course I liked her for different reasons that my father.  She was entertaining, beautiful and she showed me more horror films than I could count! 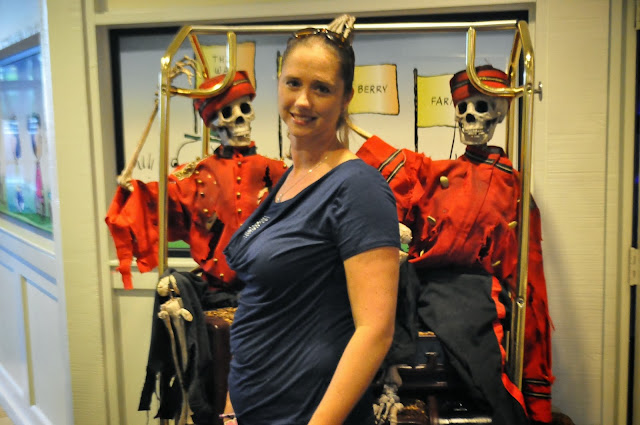 When I encountered Knotts Scary Farm, I was in horror heaven!  Okay... maybe I am a little strange and maybe some of my quirks should have stayed in the horror closet but really, I love being scared!

This year I was invited to preview the opening day of Knotts Scary Farm's, No Where to Hide 2013 season!  WOW!  After checking in, we were treated to a parade of hearses that could be described as nothing else but COOL!  I had never seen a "Monster Hearse" before!  The people inside were not much out of the ordinary but you just got an odd feeling about them and I loved it! 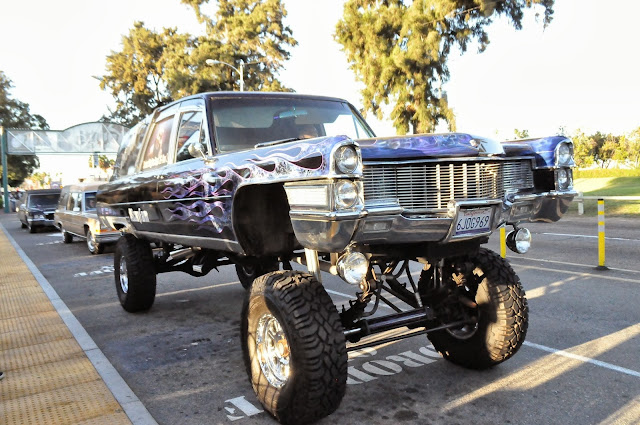 After the parade, we were treated to the opening skit in front of the entrance and were serenaded by a DJ from above.

Media was invited to a pre-scare dinner that was nothing less than frighteningly good!  Plenty of food and drink to be had with scary clowns and characters lurking in the corners.  We learned quickly not to leave a seat open next to you!  They were sneaky about scaring you and that was better than a "BOO!" 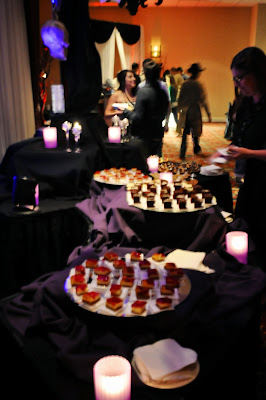 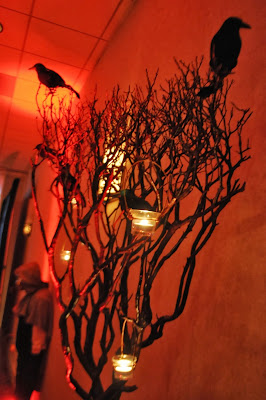 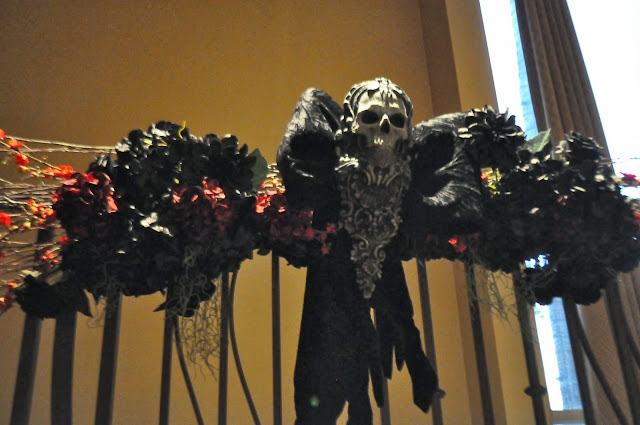 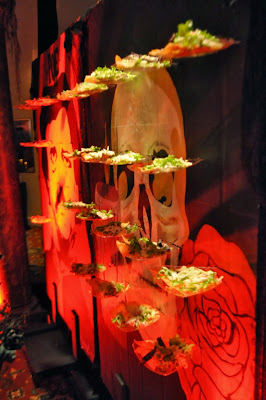 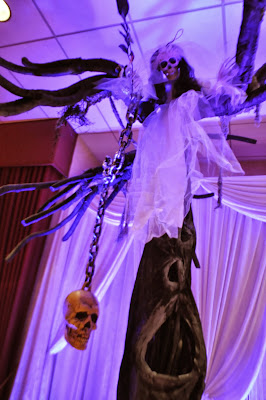 We had met so many interesting people from the blogging and media community!  I was sitting with coupon bloggers from Nevada and San Diego.

It was time for the show!  The first thing you notice when you walk through the gates was the low laying fog that surrounded the "Ghost Town".  There was very little light and every shadow moved.
We can do this! They won't scare me! AAAAHHHH! Even knowing they are there and KNOWING that they are just actors in costumes... I still jumped... Every time!  My husband got a big kick out of this by the way. 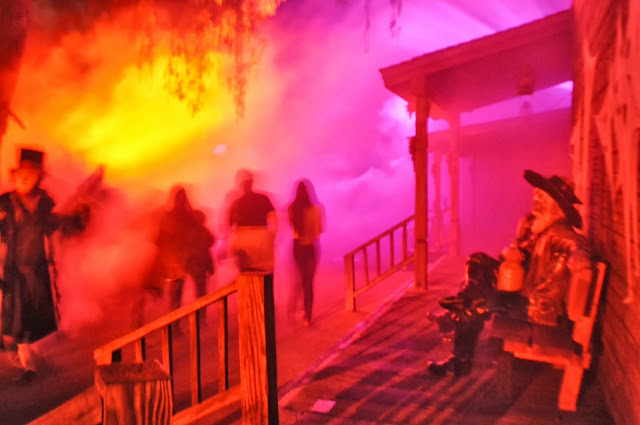 We made our way over to "Elvira's Sinema Seance".  WOW! She looks awesome for a girl in her 60's!   I laughed SO hard at this show as I enjoyed the choreography and dancing but the video clips had us rolling! 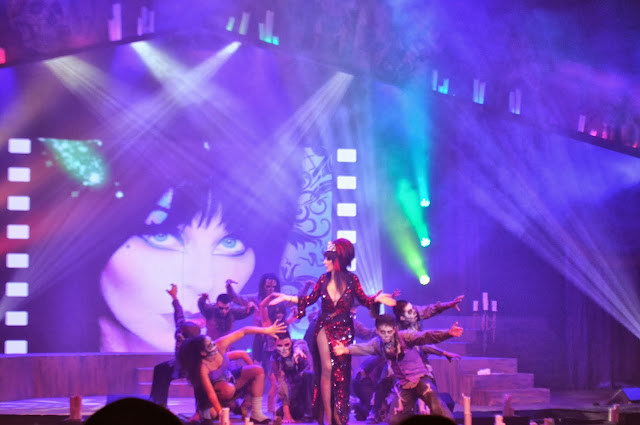 Off to find some of the 12 mazes guaranteed to make you jump and scream!  We entered several and were not dissappointed!  Many of the mazes take what scares us the most in the movies and our nightmares and makes them a reality!  Trick Or Treat, Dominion of the Damned and End Games were our favorites. 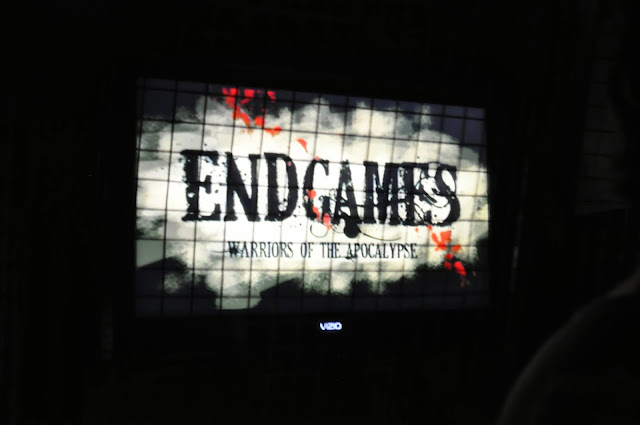 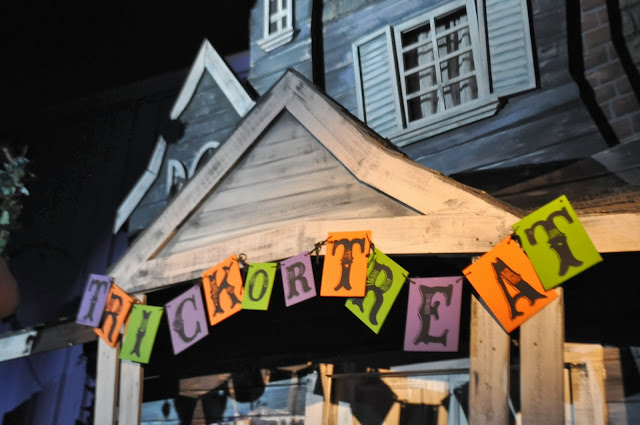 Everywhere we walked, there were spooks hiding in plain sight!  We would walk behind a seemingly normal looking person and they would slow down and you would see them for what they really were! 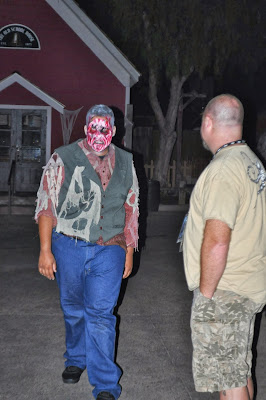 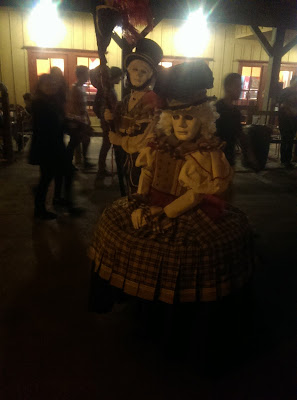 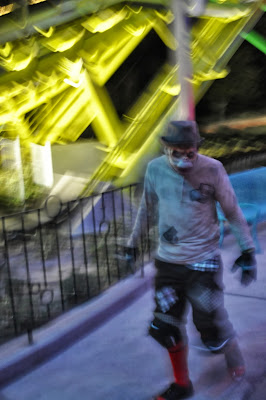 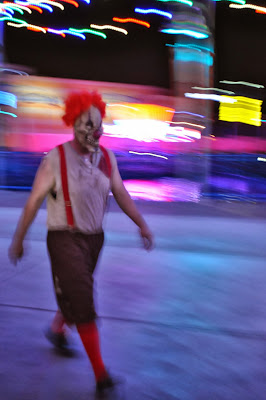 We couldn't go to Knotts and not go on rides.  We chose a few of our favorites as the night was coming to a close.  Ghost Rider and Xcelerator were our top choices for roller coasters and as we were waiting for "The Hanging" we hopped onto the Gold Mine Train to see what spooky things we could see.  I think that it was the least spooky out of all the activities that night but we enjoyed it as well. 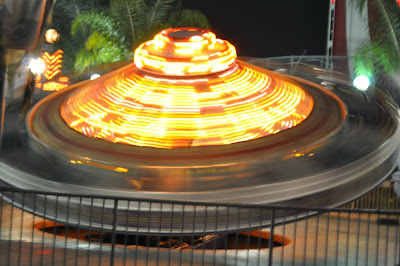 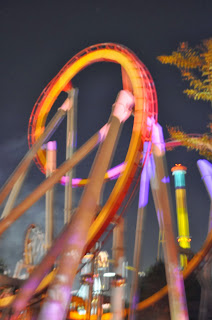 "The Hanging" is a MUST SEE!  Every year, the cast of "The Hanging" takes movies and celebrity news and turns them into a hilarious skit that lightens the frightful mood of the night.  I won't tell you the characters of the skit of this year but you won't be disappointed! 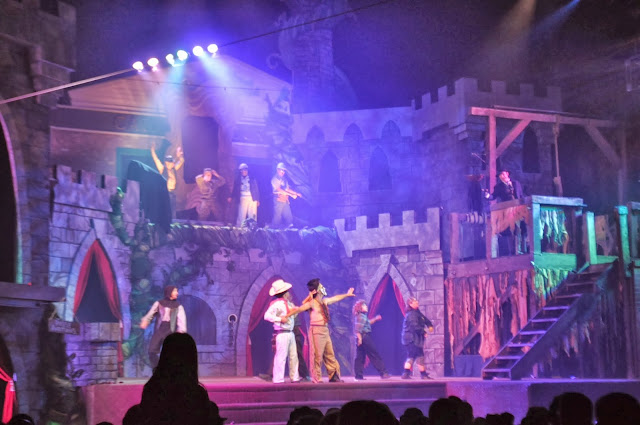 It was finally time to head home and we were sad to go.  There was so much to see and we didn't get to all of it.  That just means that I will have to get more tickets and bring friends. 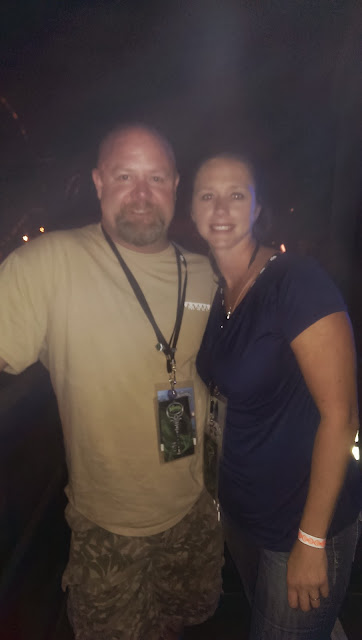 DISCLAIMER:  I received media passes for a special media night to cover this event.  All thoughts and ideas are my own.  Do not use any pictures without permission.
Posted by Knotts Scary Farm 2019 at 3:46 PM