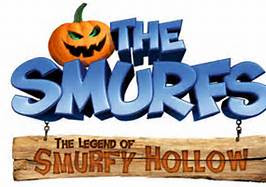 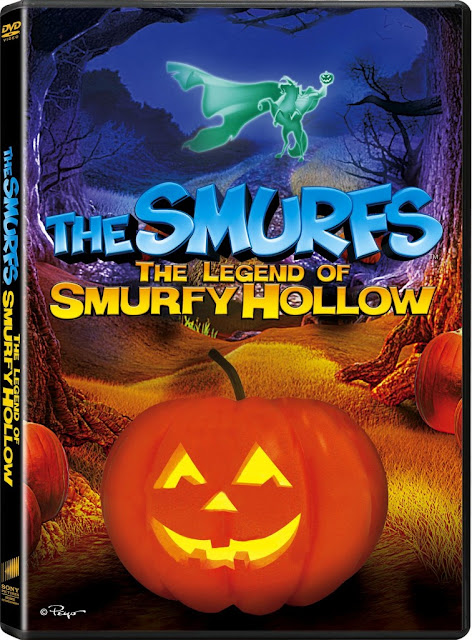 This week my family received a copy of The Smurfs: Legend of Smurfy Hollow.  As a child of the 70's and 80's, I was excited! The Smurfs were my favorite cartoon growing up!

I love all things Halloween and I was curious about this new twist on Legend of Sleepy Hollow. My children don't really like scary stories yet so I was a little worried how they would handle it.

We have watched it 4 times in the  last 24 hours!  I think it's a hit!  This is a very short film (22 min) and I don't really think it was long enough for them to get scared.  It shows the kids how friendship and staying together can overcome even Gargamels traps!  They loved the ending and it left them laughing instead of crying.

THE SMURFS: THE LEGEND OF SMURFY HOLLOW™

The Smurfs learn the value of friendship and family. When Brainy Smurf is favored to win the annual Smurfberry Hunt for the ninth year in a row, Gutsy Smurf sets out to discover how Brainy wins every year. Gutsy’s investigation takes him into spooky Smurfy Hollow – and right into Gargamel’s trap! Can Brainy and Gutsy, with the help of Smurfette, put aside their rivalry before Gargamel captures them, or worse, will they come face-to-face with the legendary ghost, the Headless Horseman?
THE SMURFS: THE LEGEND OF SMURFY HOLLOW™, an all-new animated mini-movie from Sony Pictures Animation and Sony Pictures Home Entertainment makes its debut nationwide on DVD on September 10th. This ‘Smurf-tacular’ adventure features the original voice talent from  THE SMURFS 2™, which grossed a smurftastic $80.3 million in theaters worldwide last week, including Alan Cumming (TV’s “The Good Wife”), Fred Armisen (TV’s “Saturday Night Live”), Anton Yelchin (TV’s “Star Trek”) as well as Hank Azaria as the voice of Gargamel (TV’s “The Simpsons”).

THE SMURFS. SMURFY HOLLOW has a running time of 22 minutes and is rated G. 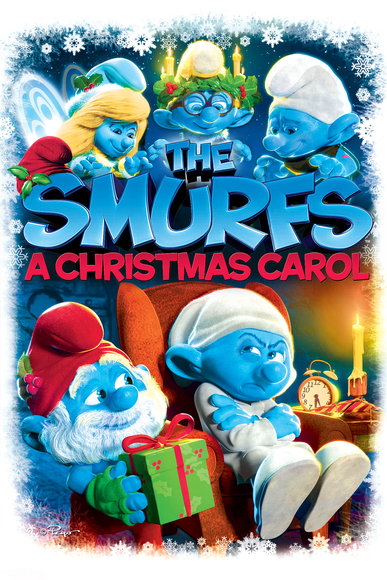 THE SMURFS™: A CHRISTMAS CAROL, a fun and heartwarming holiday-themed mini-movie also featuring the original voice talent from SMURFS™, will also be available as a stand-alone DVD September 10th. Set against a special Christmas-themed holiday backdrop of snow-covered mushroom houses full of holiday cheer, this mini-movie brings Christmas time to Smurf Village and joy to all the Smurfs...except one: Grouchy Smurf. When Grouchy Smurf says “BahHumbug” to the Christmas spirit, it's up to Papa Smurf’s magic potion and three enchanted Smurfs to set things right. Can the Smurfs of Christmas Past, Present and Future teach Grouchy the real meaning of Christmas before Smurf Village falls into the hands of the evil Gargamel?

Fun and heartwarming, this is A Christmas Carol like you've never seen! It has a running time of 22 minutes and is G rated.

Sony Pictures Animation produces a variety of animated entertainment for audiences around the world. The studio is following its worldwide comedy hits – the 2012 monster hit comedy Hotel Transylvania, the 2011 hybrid live action/animated blockbuster The Smurfs, and the 2009 mouth-watering Cloudy with a Chance of Meatballs – with The Smurfs 2 in July 2013, and Cloudy With A Chance of Meatballs 2 in September 2013. Sony Pictures Animation, in conjunction with Aardman Animations, has produced two critically acclaimed feature films: the CG-animated family comedy Arthur Christmas; and the Academy Award® nominated stop-frame animated high-seas adventure, The Pirates! Band of Misfits. In 2007, Surf's Up also received an Academy Award® nomination for Best Animated Feature Film. The division, whose first feature film Open Season led to a very successful movie franchise, turned 10 in 2012. Sony Pictures Animation is an operating unit of Sony Pictures Digital Productions.

Visit Sony Pictures Home Entertainment on the Web at www.SonyPictures.com.

Win your own copy of The Smurfs: Legend of Smurfy Hollow!

DISCLAIMER: I received a copy of Legend of Smurfy Hollow for the purpose of the review. All thoughts and ideas are my own.  Do not use any pictures without permission.
Posted by Knotts Scary Farm 2019 at 10:04 AM