As a guest blogger from Kiddie Concierge, I was invited to view the two exhibits of Titanic and Bodies in Buena Park for a special media preview.   I couldn't wait to see the relics of the H.M.S. Titanic.

I don't think I need to go into much of an introduction. Most people know the story of the ill-fated ship H.M.S. Titanic. The ship, that was considered to be "unsinkable", sideswiped an iceberg at 11:40 pm on the evening of April 14, 1912.  It was completely swallowed by the sea at 2:20am on April 15, 1912. Her story has been told in many forms and has even been romanticized by Hollywood.
At the beginning of the tour, each guest is handed a boarding pass. This pass hold the identity of an actual passenger on the Titanic. It gives a brief description of who your person is/was. However, what it does not tell you, is if your passenger survived the sinking or not. This gives you time to reflect and hold onto this person through out your journey to the Titanic.
What an honor! Right before I began my trip to Titanic I was greeted by non other than THE  Unsinkable Molly Brown! She gracefully guided me through the entire exhibit and made sure I was on my best 1912 behavior. 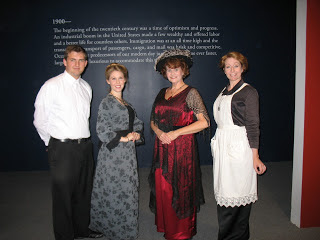 Mrs. Brown and other passengers(guides) of the Titanic


﻿﻿As you walk in, you are drawn to a large model ship of the H.M.S. Titanic. 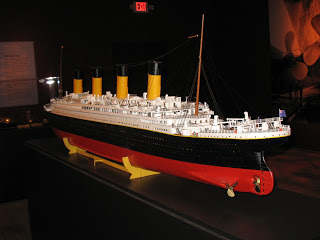 The details on the model were incredible! 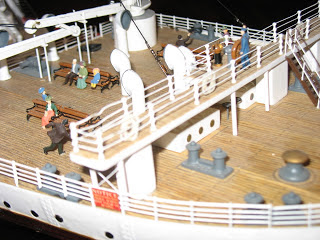 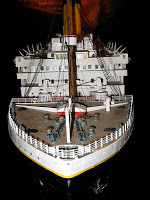 (Com'on say it! I know you want to!)
The First Class had substantially more luxuries than the other classes. 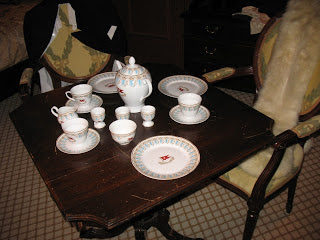 The most luxurious  quarters on Titanic today would cost about $100,000 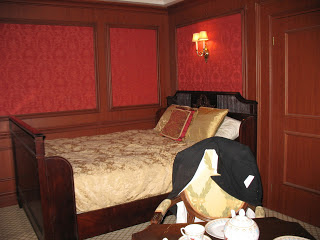 Here is an example of what the Third Class cabins would have looked like. 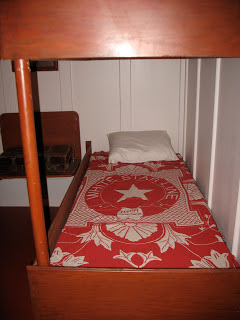 Indoor plumbing was the latest and greatest! Many of the 3rd class passengers were unfamiliar with this technology, while 1st class were a bit more comfortable with the process of flushing. Therefore, Titanic's 3rd class restrooms were equipped with self flushing toilets.
﻿ 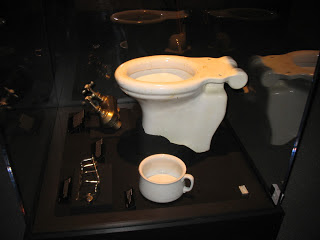 Third Class Toilet
Salt water freezes at 32 degrees F,  but saltwater has a lower freezing temp. The water on 4-14-1912 was about 28 d. Most people died from hyperthermia, not drowning. 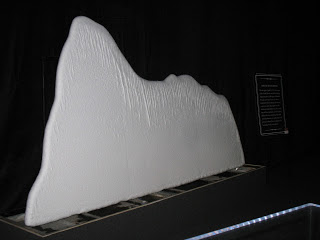 ﻿
These were actual artifacts brought up from miles below the sea.  They tried to simulate the artifacts as they were found. 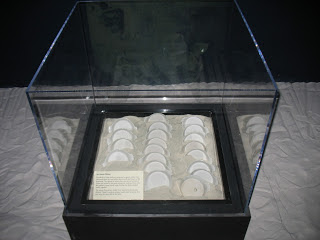 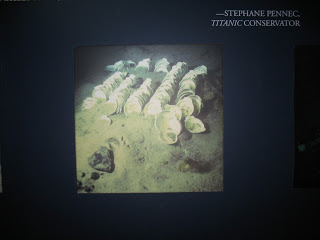 Take the time to pause for a moment. The events of Titanic created a perfect storm that led to the death of over 1,500  men women and children. Now, look at the name on your boarding pass and find the name on this wall. It contains both survivors and the lost according to class and last name. 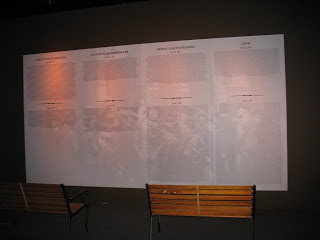 Millvina Dean was the last living survivor of the H.M.S. Titanic, who died in 2009. 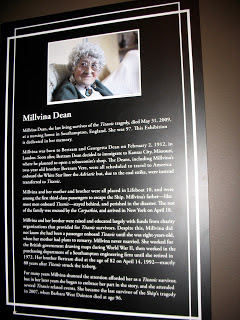 My walk through ﻿﻿﻿﻿this historical tour found me learning more about the most famous shipwreck in history than I never knew.  While such a sad event, it is great that we were able to recover artifacts and bring the people to life through this exhibit.  Seeing actual artifacts brings us closer to it and makes it more real.
Meghan from Kiddie Concierge is a single mom who's goal is to get her daughter unplugged from the TV and experience life as best as she can, in style.   Follow her journey through parenthood on Facebook, Twitter, and Instagram.
DISCLAIMER:  I received an invitation to Bodies and Titanic exhibits for a special media preview day.  Do not use any pictures without permission.
Posted by Knotts Scary Farm 2019 at 12:00 PM