The Underdog of the Skies! It's Planes! A Review! #ad @Disney #DisneyPlanes 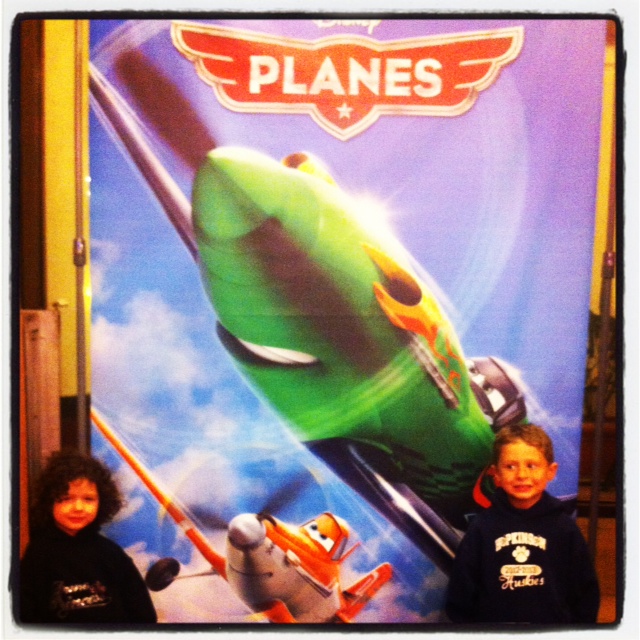 My family was invited this week to get a sneak peak the new highly anticipated(by me) Disney movie, Planes!

I first saw a trailer for this during a movie 2 years ago!  They teased us about it coming out last summer and then pushed it to Aug. 9th, 2013!

Oh well, it is here and my kids LOVED it!  My son who really has a hard time sitting still, actually sat still through the whole film!  My girly girl daughter wasn't so patient but they both came out with smiles on their faces.

From the world of Cars, Planes show that the underdog can dream big and work hard to succeed at anything it believes in!  While the others made fun of Dusty in the beginning because of his background, Dusty was reluctant to completely shed his small town image that had molded him into the great friend he was today.

I really like the message that the movie portrayed to the kids.  Dream big! Don't let anyone tell you that you can't do something!  Try your best and remember your dreams!

I think the boys will like this movie more than the girls as most girls(but not all) prefer the princess stories the best.  However, I did see everyone in the theatre cheering Dusty on, including me.

If you have a fan of the movie and Disney in general, introduce them to two new Planes Games!  Propwash Pusuit and Jet Stream Racers.

I hope your family enjoys it as much as mine did!

DISCLAIMER:  My family was given tickets to a special Media viewing of the Disney Planes movie.  All thoughts are my own.  Do not use any pictures without permission!
Posted by Knotts Scary Farm 2019 at 6:30 AM