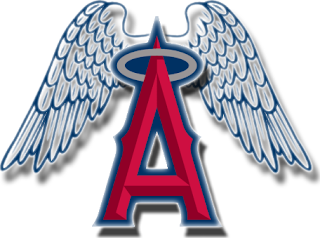 Families get into the OC Zoo FREE and meet the  Anaheim Angel, Hank Conger!﻿
OC Parks and the Los Angeles Angels of Anaheim have teamed up to provide children and families with a free day at the OC Zoo. On Saturday, September 7, at 11 a.m., Angels catcher Hank Conger will make a special appearance at the OC Zoo and all visitors wearing Angels gear will receive free admission. In addition, all visitors wearing Angels gear will get half price rides on the train at Irvine Park Railroad. Both offers are good for the entire day.

While at the OC Zoo, Conger will take part in a special animal presentation with OC Zoo animal keepers and take photos with event attendees. Families are invited to visit the zoo, meet Conger, learn first-hand about his career in the majors, and take photos with him. As many guests as possible will be allowed to meet and take pictures with Conger, however, only the first 100 will be guaranteed spots at the animal presentation and photos with the Angels catcher.
Conger is from Huntington Beach, California and was drafted 25th overall by the Angels in the 2006 Major League Baseball Draft directly out of high school. He was selected to represent the United States in the 2010 All-Star Future Game and hit a three-run home run, earning him MVP honors. He made his major league debut in 2010.
The OC Zoo is located inside beautiful Irvine Regional Park in the city of Orange. The zoo focuses on animals and plants native to the southwestern United States. Animals on exhibit include black bears, mountain lions, bald eagle, island fox, ocelot, red-tailed hawks, great horned owls, coyotes, turkey vultures, coati and more. The zoo also features a Children’s Zoo with domestic goats, sheep, rabbits, doves and pheasants.
Irvine Park Railroad, founded in April 1996, is a one-third-scale train that takes both children and adults on a scenic ride through historic Irvine Regional Park. Other attractions at the park include the paddleboat and bike rentals, pony rides, hiking trails and more.
Angels at the OC Zoo
Date: Saturday, September 7
Time: OC Zoo opens at 10:00 a.m. Presentation begins at 11:00 a.m.and concludes at 12:30 p.m.
Location: OC Zoo
Address: 1 Irvine Park Road, Orange, CA 92869
Contact: (714) 973-6847 or email oczoo@ocparks.com
Cost: Free zoo admission for every visitor who wears Angels gear. All others $2.00 per person ages 3years and over; Ages 2 years and under are free. Also half-price rides on the train at Irvine Park Railroad.
Parking: $5 per vehicle
Hank Conger of Los Angeles Angels of Anaheim
####
OC Parks manages nearly 60,000 acres of parks, historical and coastal facilities and open space for the County of Orange as part of OC Community Resources.
http://www.ocparks.com
Posted by Knotts Scary Farm 2019 at 6:30 AM