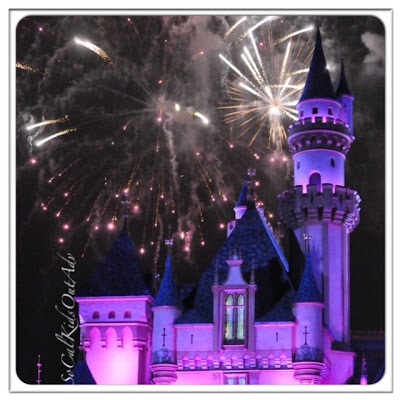 ﻿
When you think magical... what do you think of?

Disney of course! There is no more magical place on earth as Disneyland.  For many Southern Californians, although we have been there many times, it never gets old.  Disneyland, like life, is always changing.

I have been a Disneyland annual pass holder for 20 years.  Every time I go there, there is always something new I didn't notice before!  For instance, I was invited to go to Disneyland last week to see the new live action show, Mickey and the Magical Map! 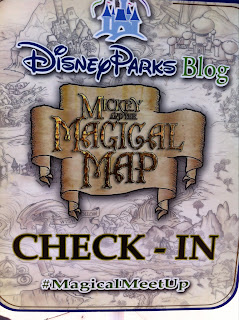 In case you hadn't heard, Disneyland Parks Blog and DCA Today hold special days where admission into the park is free in a lottery if you follow their blogs and twitter!  I had received notice that there was a Blog Magical Meetup and hurried to apply for tickets.  Anyone may apply.  For this show, 500 people were given the Magical Treatment!

As I arrived with Erin of Horsing Around in LA and Angela Bishop of Rockin Boys Club, we signed in and were guided through the park to the Amphitheatre next to It's A Small World.  It was an unusually warm day but Disney had that covered.  As we walked in, we were treated to a complimentary kettle corn Magical Map bucket and drinks.  There was plenty of seating and we chose a seat close to the stage.

On a table next to the stage, lay 5 beautifully wrapped raffle prizes to be won after the show. 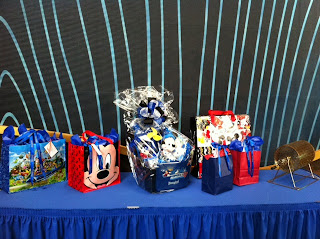 The stage itself was a good size with paint buckets strewn about.  What was to come? 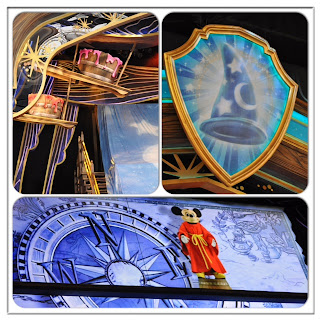 A large multi-layered LED screen lit up the background with colorful scenes from movies such as; Fantasia, Lilo and Stitch, Pocahontas, Little Mermaid, Princess and the Frog, Jungle Book, Tangled and Mulan. 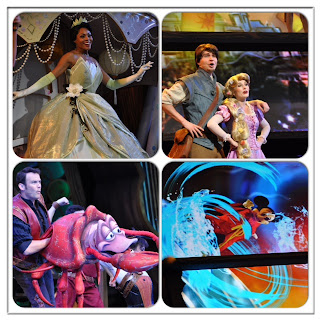 Each scene featured Mickey as he tries to turn a spot on the map into something it doesn't want to be.  Mickey jumps on and off the Map on the screen which drew the audience into the Disney Magic even more. 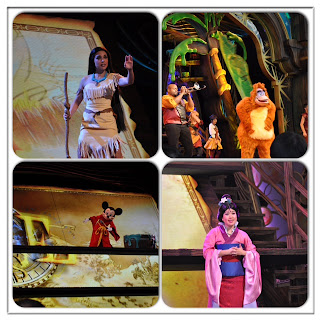 Additional to the amazing animation on the screens, each scene was filled with the talented dancers that only Disney can provide! 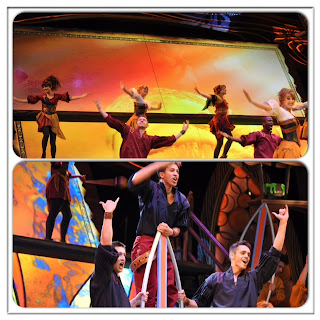 After the show, there was a Q and A session with the behind the scenes magical makers where many of the questions were answered to the best of their ability... not all to the satisfaction of the audience.  After the raffle where 495 of us were disappointed :-), we were treated to a special Mickey surprise!  An adorable Mickey Rice Krispy treat that included a luggage tag of Mickey's Magical Map!

I had been to a few of live shows but truthfully I usually like the faster paced rides the best!  I love theatre in general so I was excited to get to see what Disney had to offer.  Disney did not disappoint and I look forward to more Magical Meetups soon!

DISCLAIMER: This is not a sponsored post. All thoughts are my own. Do not use any pictures without permission.﻿ 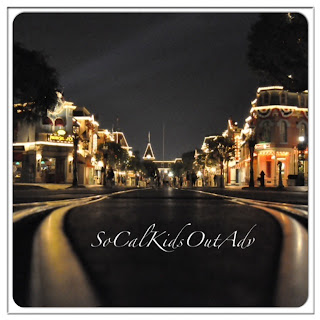