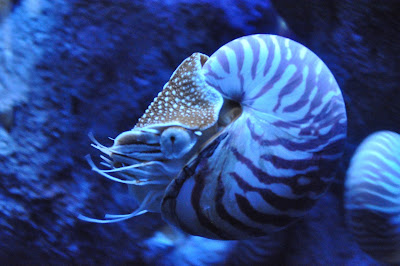 Have you heard about the Aquarium of the Pacific's newest exhibit?  I got a chance to preview its new changes this week! 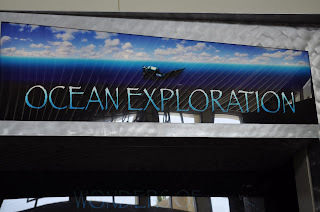 The new exhibit showcases some of the mysteries of our deepest oceans. Not only can you see and touch some of these rarely seen animals, you can actually talk to researcher live on two different research vessels in the Atlantic Ocean! There is a running live feed of the ROV (remotely operated vehicle) a mile or more deep in the ocean!

The first thing you will notice when you walk in the hall is a map of the underwater topography of the oceans.  The screen changes to give a glimpse into the underwater wonders to come. 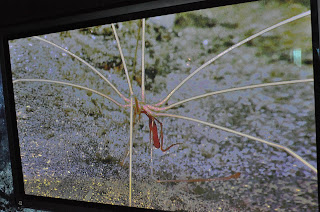 The largest tank holds what looks to be a whale remains, a Pygmy Sperm Whale to be exact.  On closer examination, you realize it is a simulated ecosystem that houses and feeds a variety of animals! 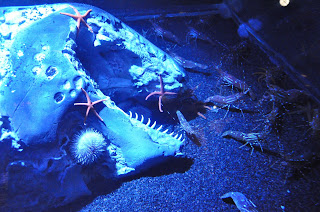 One of these life forms was an eel like fish called a Hagfish.  This quiet moving fish has an unusual defense.  It slimes anything that attempts to eat it! 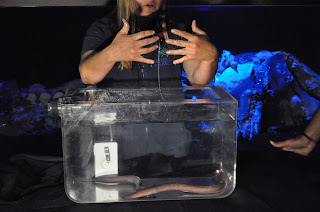 The Chambered Nautilus is an animal I had seen pictures and shells of but never the live animal. 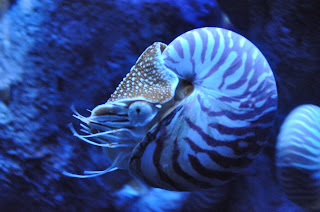 There are amazing Moon Jellies that you can actually touch!
Beyond the Moon Jellies and Hagfish, was a dark aquarium with unusual specimens.  The Flashlight fish shines a light into the darkness that is its environment, 1 mile below the surface.

The most fascinating thing in this dark hall was a large double screened wall that showcased the live feed of the ROV's working on the research ships in the Atlantic ocean!  You can actually see and talk to the researchers! 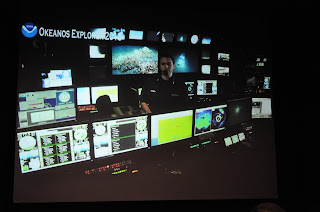 After exploring this new area, we were invited to watch short movies about the dark abyss and a little more about its inhabitants.  One of the most memorable screens was a sphere of the earth that simulates migration patterns, underwater topography much more!

As we were ready to head out, we were given a tour of the new gift shop. WOW! It was increased by 75% and now sported a fascinating kelp forest all along the back wall.  Almost all of the products sold were made from sustainable resources and recycled materials. Many of the products were made by hand.  You can see the time invested into each item. 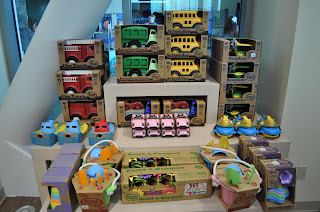 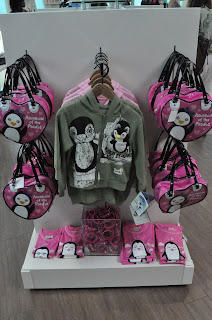 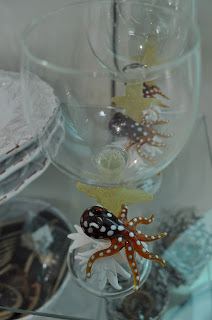 We were treated to an art exhibit by Zofia Kostyrko.  Done in a pastel/digital combo medium, she captured the essence of the great contributors of ocean exploration such as Jacques Cousteau. 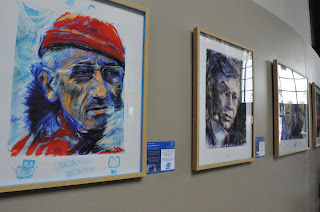 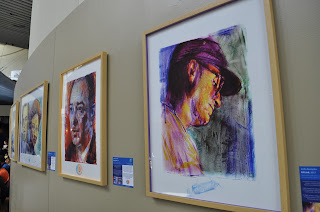 I encourage you to check out the newest additions to the beautiful Aquarium of the Pacific! We always enjoy going there but now there is a new chapter to study and enjoy. 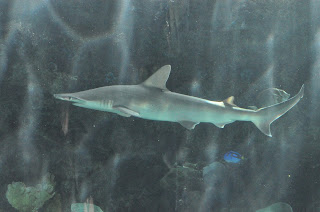 If you are unable to check out the exhibit in person, you can check the live feed here.

DISCLAIMER: This is not a sponsored post.  I received tickets to preview the new exhibit.  All thoughts are my own. Do not use any pictures without permission.
Posted by Knotts Scary Farm 2019 at 7:00 AM