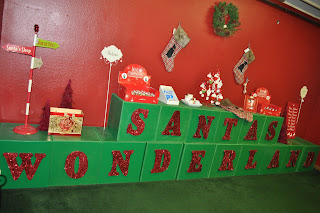 Who doesn't love seeing the happy faces on our children's faces? The wondrous looks they get when they think of that magical creature called Santa Claus?

Today my children and their friend had the chance to see Santa's Wonderland, up close and personal!  We drove to Irvine where the Jolly Elves had set up shop to share with their many fans. 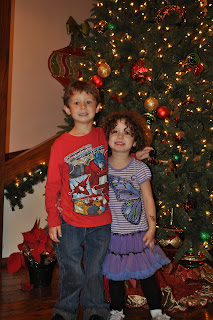 In an industrial area of Irvine, nestled a large warehouse with colorful signs noting that we were indeed at Santa's Wonderland! We were greeted by our own special Elf to guide us through the maze of wonders that was our destination for the afternoon.  Colorful Christmas tree's adorned the lobby and we could hear Santa in the next room. 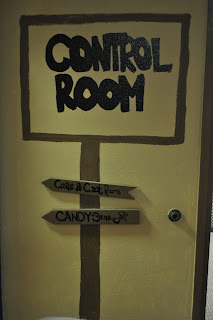 We were led through the warehouse which had been set up to resemble the North Pole.  In each room lay a new activity and wonder for our children.  We started in the control room where all of Santa's activities on his special night were followed.  The large map showed the kids just how much distance the trip covered. 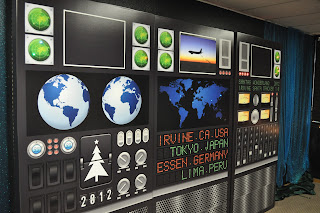 In the following rooms, the kids assisted in quality control for toys, toy testing, and even making special reindeer food to keep them going on their big night! The children also got to try their hand at wrapping gifts!

The next room was a very important room for the children.   It was the Mail Room!  This is where all of their holiday wishes might come true.  The children received special Santa Letter paper where the elves assisted in helping them write their special requests.  When they were done, they dropped off their specially postmarked letters into Santa's own mailbox. The kids were very excited! 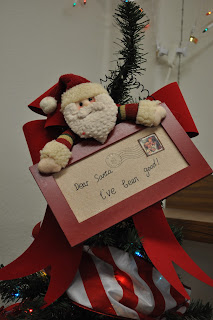 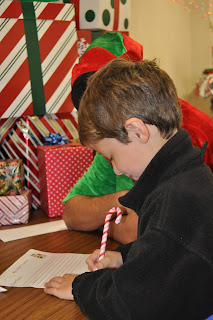 Would the children receive the presents they asked for? In the next room the kids were interrogated about whether they had been Naughty of Nice by a head elf.  After assuring the elf that they had been good, they received their certificate of the Good List and was ready to move on to the Elf Academy.  For a fee of $10-25 the kids could get dressed up and facepainted just like their elf friends!

Reindeer games are a favorite area where the kids get to burn off a little energy playing a variety of games from golf, darts and bowling to an obstacle course meant to increase their rooftop stamina. 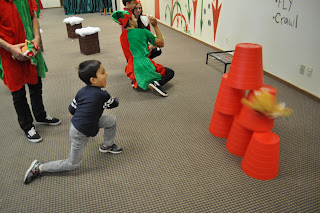 Large benches and candy filled the next area.  It was time to decorate gingerbread cookies!  The cookies were colorful and tasty and were no extra charge.  Even my friend and I decorated. 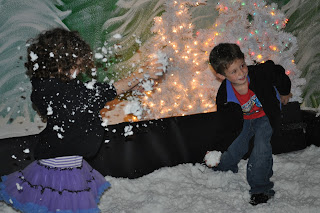 We could hear laughter coming from the room behind us, so we investigated.  It was "SNOW"! There was a room dedicated to playing in the snow, indoors.  Who doesn't love having a good old fashioned snowball fight or making snow angels?  While the snow wasn't cold, it was a little damp and messy.  The kids spent a good half hour playing with their elf friend and others in the snow before looking for the big man himself. 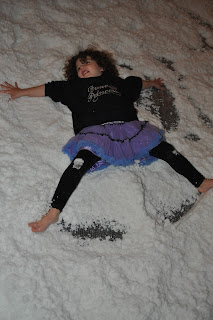 We were all excited to see Santa and tell him in person which gifts that we would like.  Santa was very friendly and took his time to get great holiday photos for us parents.  The elf helper even took a photo to give to us for a free gift!

The kids were getting a little hungry so we took a break and ate our cookies while the kids took turns driving Santa's Sleigh.  We enjoyed watching the kids roam around playing with the other kids and called it a day.

We really enjoyed how much the kids enjoyed each room/area.  It was simply created and the kids loved it. 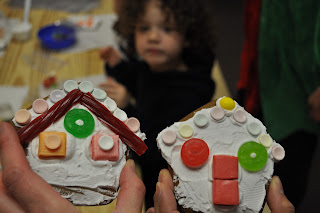 I recommend this place for kids up to 7 years old.  The older the child, the more detail they like.  While it was adorable and the kids loved it, I don't think the older kids would see the "magic" in it.


The people were super helpful and very nice.  It was fun to let the
kids run around with the elves while we enjoyed from the sidelines. 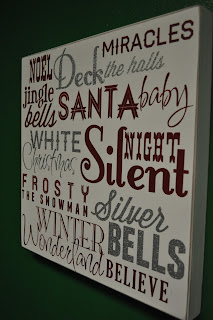