A Piece of History at Rest

On September 21st many of us had the opportunity to see a piece of history. I was torn between sending my son to school where he might not see it or removing him for the day so he could see the end of an era.

I believe that school is one of the most important things for a child but I also believe that teaching isn't always within 4 walls.

We surprised our kids and took them to the Disneyland Parking Structure roof and waited... And waited... Lol

By the time the shuttle flew directly overhead, my kids had forgotten why they were there! It was HOT! After we heard the engines get close, we all got excited! In fact, all thousand of us on the structure got excited and cheered and hooted and hollered! :-) There were few dry eyes up there that day!

While we didn't have the best view like we had hoped, it flew directly above us only a few hundred feet up! It flew over Disneyland and California Adventure and banked towards Long Beach and headed up to LAX.

My son said in his best 5 year old voice that this was the BEST surprise EVER!

Now almost a month later, the Endeavor has made its controversial way down tree cut streets and has found its permanent home at the California Science Center.

I am proud to have been able to show my children something so wondrous!

One day when they are older and learn about the history behind the Challenger and the Shuttle that replaced it (Endeavor), they can look back on our
pictures and video of that hot day on top of the structure with all those other people and remember. 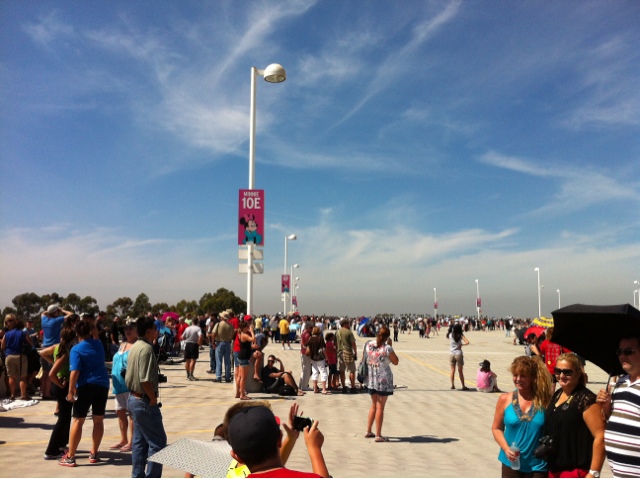 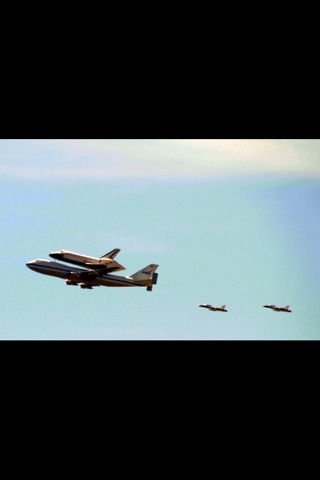 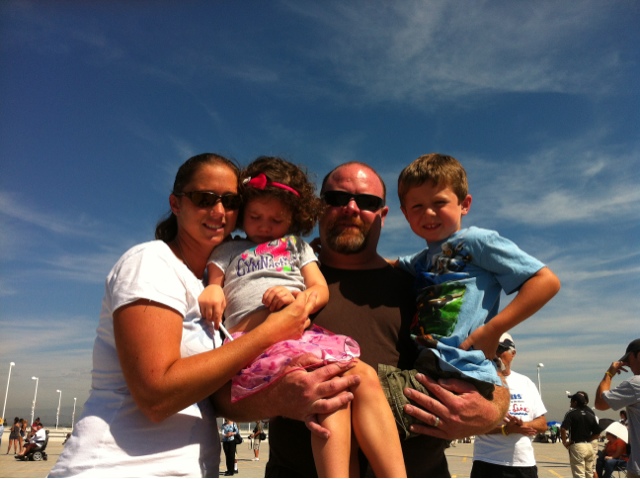